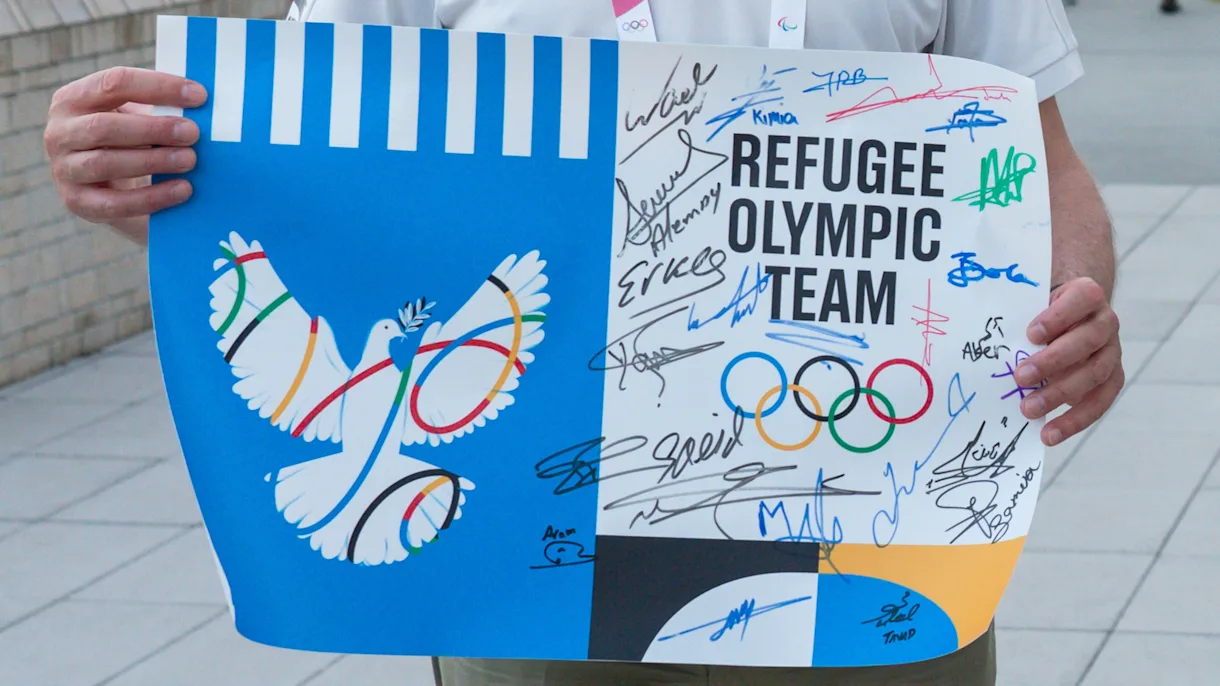 The International Olympic Committee (IOC) has announced the latest group of refugee athletes who have been awarded scholarships to help them train towards the Olympic Games Paris 2024, which brings their total number to 52. They are from 12 countries, live in 18 host countries, represent 10 sports and all hope of being selected for the IOC Refugee Olympic Team.

The 11 new athletes who join the 44 scholarship-holders announced in June compete in six different sports and include three athletes who took part in the Olympic Games Tokyo 2020:

From the initial group of 44 athletes, three athletes have received the citizenship of their host country in 2022, and are now entitled to compete for their new National Olympic Committee (NOC). They are therefore no longer on the list.

Aiming for the Games thanks to Refugee Athlete Scholarships

The Refugee Athlete Scholarships are funded by the IOC through its Olympic Solidarity programme, and provide the athletes with financial support for training and competition in the lead-up to the Olympic Games Paris 2024, with the hope of being selected for the IOC Refugee Olympic Team.

"This means a lot to me,” said scholarship-holder Mohammad Amin Alsalami, a 28-year-old long jumper who now lives in Germany after fleeing Syria. “As an athlete, my dream was to win a medal at the Olympics, and that was very difficult to achieve alone, without help in a foreign country. I had to work 200 hours a month to earn money to train and go to training camps and competitions and pay for everything myself. But now training has become easier because I know that there is the IOC to support me.”

The IOC established the Refugee Athlete Scholarship Programme following the participation of the first-ever IOC Refugee Olympic Team at the Olympic Games Rio 2016. The team was created by the IOC to raise awareness of the global refugee crisis and was announced by IOC President Thomas Bach at the 2015 UN General Assembly. The Rio 2016 team consisted of 10 athletes, who sent a powerful message of hope to the world through their journeys to the Games and their performances in Rio.

The programme has since been expanded to give NOCs the chance to identify refugee athletes living in their countries and support them during their training, preparation and participation in high-level competitions. This resulted in more than 50 refugee athletes receiving scholarships in the lead-up to the Olympic Games Tokyo 2020, with 29 athletes in 12 sports being chosen to compete for the IOC Refugee Olympic Team Tokyo 2020.

Supporting refugees and displaced populations remains a key priority for the IOC, and is part of Recommendation 11 of Olympic Agenda 2020+5. The global refugee crisis continues to be a pressing and urgent issue, with more than 100 million people worldwide currently displaced from their homes. In light of this, the IOC's mission is more relevant than ever.

The Olympic Refuge Foundation (ORF) builds on this commitment, functioning in lieu of a traditional NOC, managing the Refugee Athlete Scholarship-holders and the IOC Refugee Olympic Team Paris 2024.

In addition to supporting the athletes, the ORF ensures that displaced young people and their host communities can access and thrive through sport 365 days a year. With 13 programmes across 10 countries to date, the ORF uses sport to improve the mental health and wellbeing of young people and help them find somewhere to belong and be included in their new communities. Working closely with the UN Refugee Agency, UNHCR, and stakeholders from the Olympic Movement, international organisations, the private sector and non-governmental organisations, its goal is for one million young people affected by displacement to access safe sport by 2024. Its work was recently honoured with the prestigious Princess of Asturias Award for Sports, which acknowledged the opportunities that the ORF and the IOC Refugee Olympic Team provide to young displaced people around the world to access sport and thrive in all aspects of their lives.