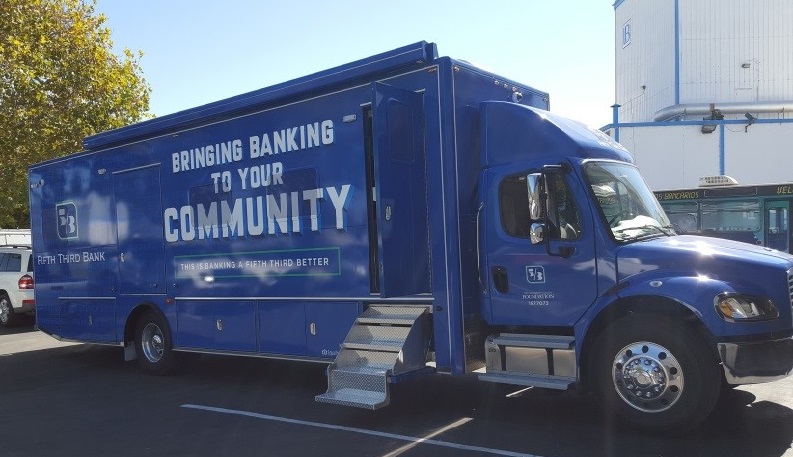 CINCINNATI, October 6, 2022 /CSRwire/ - The Fifth Third Foundation has contributed $500,000 to support relief efforts for those impacted by Hurricane Ian, which made landfall in Florida on Sept. 28.

Tim Spence, president and CEO of Fifth Third Bancorp, said the $500,000 donation to five local organizations aims at bringing relief to the people impacted and the thousands who continue to grapple in the aftermath of the tragedy.

In addition, Fifth Third Bank has deployed its Fifth Third Financial Empowerment Mobile, or eBus, to assist the people of Florida. In partnership with the city of Fort Myers and the Southwest Florida Enterprise Center, Bank staff will accompany the eBus to help residents apply for aid through the Federal Emergency Management Agency (FEMA), for Disaster Supplemental Nutrition Assistance (DSNAP) and other emergency and basic need resources, including water. Loan hardship assistance will also be available.

“Our hearts continue to be with the people of Florida and in support of those affected by the devastation caused by Hurricane Ian,” Spence said. “Our Foundation’s donation provides funds and resources to help communities recover in the areas of greatest need. By deploying the Bank’s eBus, we are offering financial and disaster assistance to those most severely impacted.”

“The Fifth Third Foundation was established to support the needs of our communities,” said Kala Gibson, Chief Corporate Responsibility Officer. “We are proud to be able to quickly distribute funds to help the people of Florida.”

The eBus will be at 3909 Dr. Martin Luther King Jr. Boulevard in Fort Myers on Oct. 6 and Oct. 7 from 10 a.m. to 3 p.m. Additional information and future event dates for the eBus will be shared via media.

The Red Cross has created a special Fifth Third microsite to make it easy for employees, customers and communities to contribute to the support and recovery efforts. The site includes additional information on how to give.

“Disasters such as Hurricane Ian affect the communities our customers call home,” said Heidi B. Jark, managing director of the Foundation Office at Fifth Third Bank. “Through our support, we are standing with them to recover and rebuild.”

The Fifth Third Cares Fund is available to help Bank employees impacted by Hurricane Ian. The fund was established a decade ago and designed to provide short-term emergency support to Fifth Third Bank employees or eligible dependents who are facing serious financial hardship because of a natural disaster, and who cannot afford housing, utilities and other basic living expenses. The Fund also allows Bank employees the opportunity to participate in this effort by contributing to the fund in support of colleagues who may experience such a hardship.

About the Fifth Third Foundation

Fifth Third Bancorp is a diversified financial services company headquartered in Cincinnati, Ohio, and the indirect parent company of Fifth Third Bank, National Association, a federally chartered institution. As of June 30, 2022, the Company had $207 billion in assets and operates 1,080 full-service Banking Centers, and 2,153 Fifth Third branded ATMs in Ohio, Kentucky, Indiana, Michigan, Illinois, Florida, Tennessee, West Virginia, Georgia, North Carolina and South Carolina. In total, Fifth Third provides its customers with access to approximately 56,000 fee-free ATMs across the United States. Fifth Third operates four main businesses: Commercial Banking, Branch Banking, Consumer Lending, and Wealth & Asset Management. Fifth Third is among the largest money managers in the Midwest and, as of June 30, 2022, had $512 billion in assets under care, of which it managed $54 billion for individuals, corporations and not-for-profit organizations through its Trust and Registered Investment Advisory businesses. Investor information and press releases can be viewed at www.53.com. Fifth Third’s common stock is traded on the NASDAQ® Global Select Market under the symbol "FITB."