Preserving the Universality of the Olympic Games

Preserving the Universality of the Olympic Games

In the context of another year in which communities all over the globe endured the impact and disruption of the COVID-19 pandemic and with the postponement of the Olympic Games Tokyo 2020, the report makes clear how NOCs again demonstrated their exceptional commitment to supporting athletes and sport as a whole. The roles of Olympic Solidarity and NOCs were crucial in making the Games a reality for athletes from all corners of the world.

“To the members of the NOC community, I want to say thank you,” said James Macleod, Olympic Solidarity and NOC Relations Director, introducing the report. “Every day, we see how NOCs develop sport and make the Olympic values a reality across the world and it inspires us, it motivates us and it drives us.”

In addition to highlighting the work of NOCs and Olympic Solidarity, the annual report summarises how the IOC supports the enhancement of NOC governance and administration, the training and education of athletes’ entourage members, and the promotion of Olympism 365. 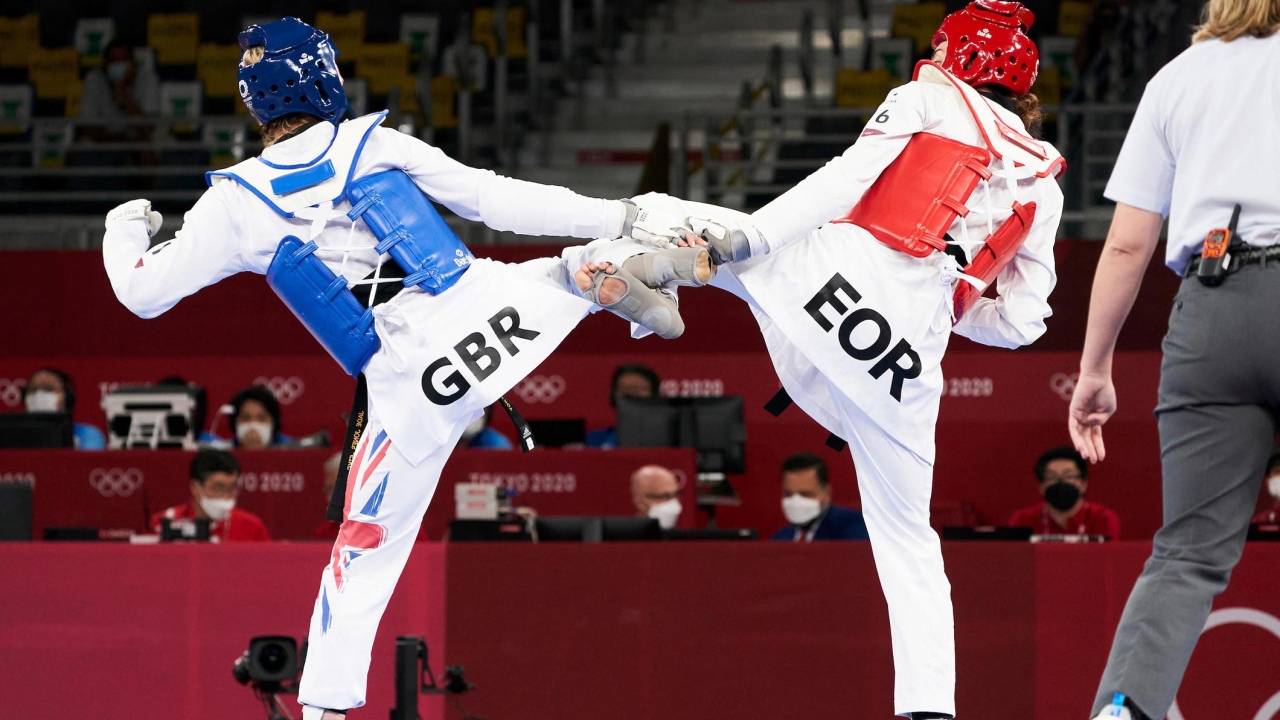 Ensuring the universality of the Games

The Olympic Games Tokyo 2020 were the focal point of NOC activity in 2021, with their postponement presenting unprecedented challenges and uncertainty. It was in this context that NOCs were tasked with ensuring athletes could both prepare for and travel to the Games successfully.

The Olympic Solidarity programmes designed to help elite athletes prepare and qualify for Tokyo 2020 – with a particular focus on athletes and NOCs with the greatest needs – should have come to an end in 2020. However, following the postponement of the Games, an additional USD 15 million was approved for the extension of the Tokyo Scholarship and Team Support Grant programmes by a year. Olympic Solidarity Team Support Grants helped 29 teams from 25 NOCs compete at the Games, while 1,836 athletes from 186 NOCs benefited from individual Olympic Solidarity Tokyo 2020 scholarships – with 827 going on to participate at the Games, winning over 100 medals between them.

The IOC Refugee Olympic Team: a team powered by solidarity

Olympic Solidarity support was also fundamental to the success of the IOC Refugee Olympic Team who competed in Japan, extending the Olympic Scholarships for Refugee Athletes programme by one year following the Games’ postponement. With a budget of USD 3 million, this programme supported 56 Refugee Athlete Scholarship-holders who were striving to compete in the Olympic Games Tokyo 2020, providing them with the financial support that enabled them to train for the Games while continuing their sporting career and building for their future.

Twenty-nine of those athletes from 11 countries were selected for the IOC Refugee Olympic Team, competing in 12 sports at the Olympic Games Tokyo 2020 and inspiring a global audience with their message of hope and resilience. 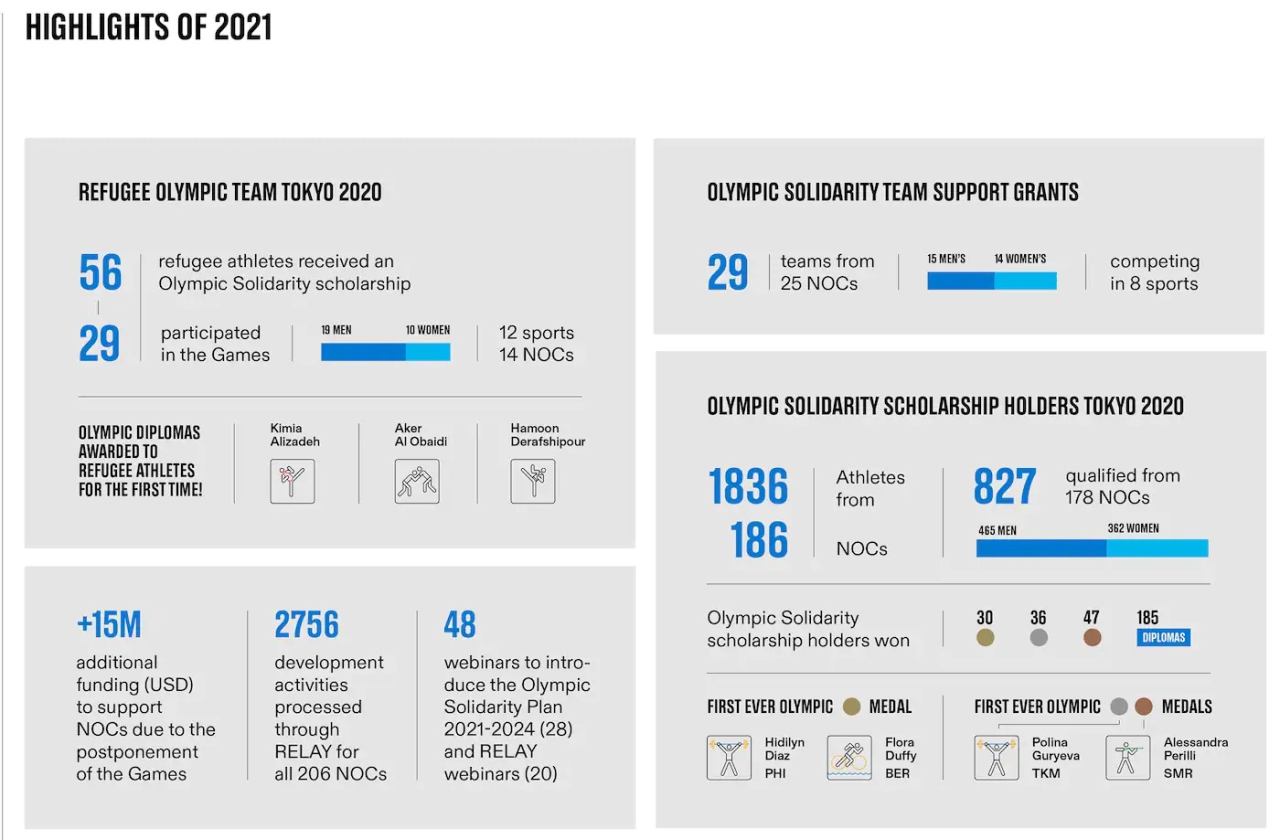 The report features a series of stories from athletes and NOC members, each shining a spotlight on how the IOC supports people across the Olympic Movement and illustrating the human impact of Olympic Solidarity support.

From Burkina Faso’s first-ever Olympic medallist to promoting gender equity in Mongolia to the establishment of a safe sport office in Panama, the stories provide personal insights into how Olympic Solidarity support empowered NOCs to conduct invaluable sport and athlete development work during 2021.