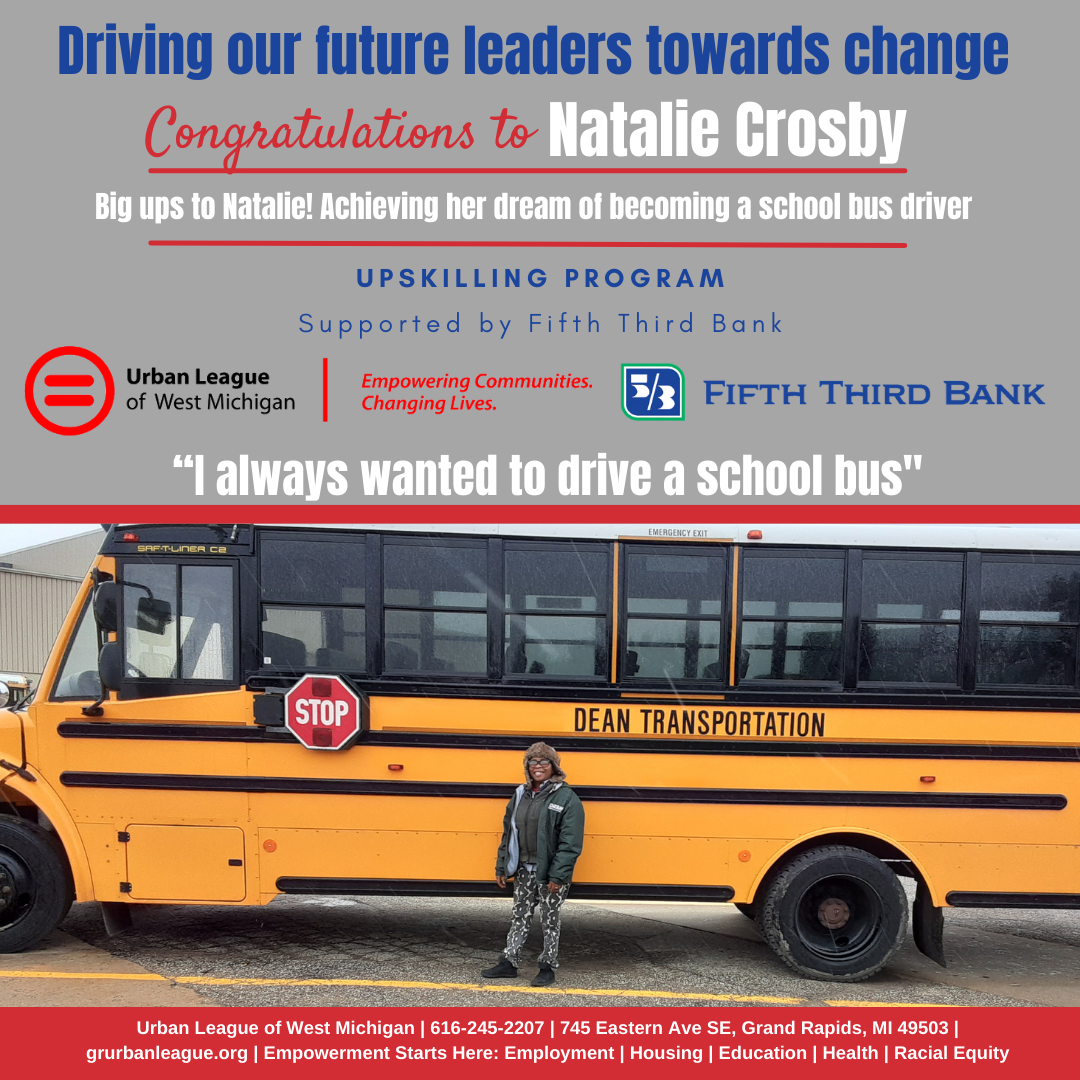 “Through this relationship with the National Urban League we’re connecting individuals with training and skills that provide a pathway to sustainable wages and economic stability,” said Kala Gibson, Fifth Third’s chief corporate responsibility officer who also serves as a National Urban League trustee.

Fifth Third and the National Urban League worked together to launch the program in the summer of 2021. Since the inception, more than 1,127 people have enrolled in the program. Of those participants, more than 377 have completed the job training and skills development program. Among participants who have completed job training, 77% reported job advancement. Credentialing, job advancement, and placement have occurred in a wide array of industries including manufacturing, healthcare, transportation, construction, and IT. The average wage of the participants was $17.36 per hour, with reported wages as high as $35.93 per hour.

“Low-wage workers, already struggling before COVID-19, were made even more vulnerable by the pandemic. With strategic intervention from opportunities such as the Workforce Development Program, these individuals can find a pathway to economic stability,” said Marc H. Morial, National Urban League president and CEO. “Fifth Third Foundation’s funding of this program along with Fifth Third Bank’s collaboration with the National Urban League will create brighter financial outcomes for those most in need as we move into a post-pandemic world.”

The following affiliate cities were selected as a result of their experience and the strength of their career advancement employment-opportunity programs, the number of local underemployed and unemployed workers, and strong community partnerships. Each affiliate has offered a variety of skills training to its participants:

The Urban League of West Michigan shared the success story of local resident Natalie Crosby who visited the affiliate for housing assistance. While reviewing other services the affiliate provided, Crosby said she had “always wanted to drive a school bus.” Leveraging the CDL-Bus Driver training program, Crosby became enrolled and actively engaged. Additionally, she participated in programs that introduced successful interview techniques and was offered a full-time position with a local transportation company at a starting wage of $21.00 per hour, benefits, and a flexible schedule.

“The Fifth Third Foundation is dedicated to providing solutions for social issues such as unemployment and underemployment,” said Heidi Jark, managing director, Foundation Office at Fifth Third Bank. “Programs such as this empower individuals to learn new skills that create brighter outcomes.”

Fifth Third Foundation’s investment is part of the Fifth Third’s $2.8 billion Accelerating Racial Equality, Equity and Inclusion initiative that was introduced in 2020 with a specific focus on Black employees, customers, and communities. The workforce development program directly aligns with the community workstream of the AREEI strategy and demonstrates Fifth Third’s commitment to social justice and advocacy work that provides greater access to jobs and skills for minority and low-wage workers.

About the National Urban League
The National Urban League is a historic civil rights organization dedicated to economic empowerment in order to elevate the standard of living in historically underserved urban communities. The National Urban League spearheads the efforts of its 90 local affiliates through the development of programs, public policy research and advocacy, providing direct services that impact and improve the lives of more than 2 million people annually nationwide. Visit www.nul.org and follow us on Facebook, Twitter, and Instagram: @NatUrbanLeague.

About Fifth Third
Fifth Third Bancorp is a diversified financial services company headquartered in Cincinnati, Ohio, and the indirect parent company of Fifth Third Bank, National Association, a federally chartered institution. As of June 30, 2022, the Company had $207 billion in assets and operates 1,080 full-service Banking Centers, and 2,153 Fifth Third branded ATMs in Ohio, Kentucky, Indiana, Michigan, Illinois, Florida, Tennessee, West Virginia, Georgia, North Carolina, and South Carolina. In total, Fifth Third provides its customers with access to approximately 56,000 fee-free ATMs across the United States. Fifth Third operates four main businesses: Commercial Banking, Branch Banking, Consumer Lending, and Wealth & Asset Management. Fifth Third is among the largest money managers in the Midwest and, as of June 30, 2022, had $512 billion in assets under care, of which it managed $54 billion for individuals, corporations and not-for-profit organizations through its Trust and Registered Investment Advisory businesses. Investor information and press releases can be viewed at www.53.com. Fifth Third’s common stock is traded on the NASDAQ® Global Select Market under the symbol “FITB.”