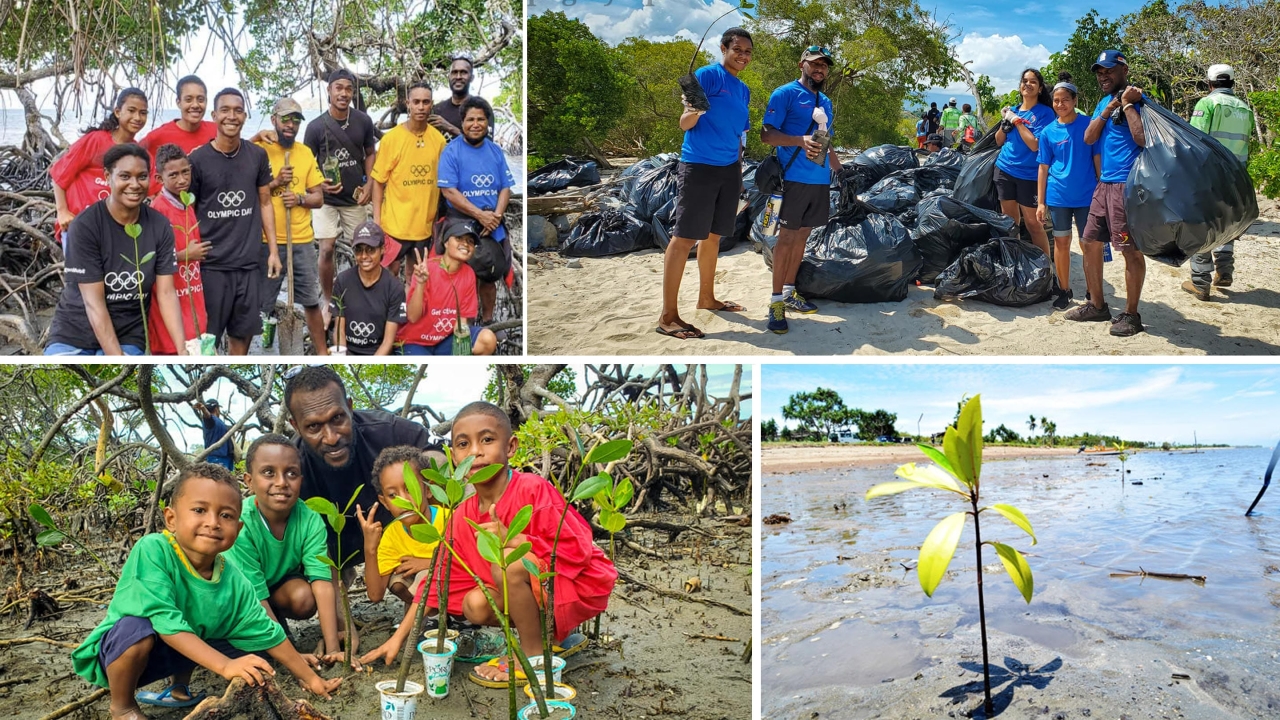 The Olympic Movement is increasing its commitment to fight climate change and preserve the natural environment by creating the Olympic Forest Network – an initiative driven by National Olympic Committees.

The Network has been inspired by the IOC’s Olympic Forest project, which is set to plant around 590,000 native trees across 90 villages in Mali and Senegal. The Olympic Forest will contribute to the Great Green Wall – an initiative which restores degraded landscapes across Africa’s Sahel region, increasing the food and economic security of local communities. The project is a key milestone in the IOC’s commitment to becoming climate positive in 2024.

Since the Olympic Forest was announced in June 2021, National Olympic Committees (NOCs) have expressed an interest in expanding it through similar projects in their own countries, creating a network of Olympic Forests.

“Addressing climate change and preserving the natural environment are among the top responsibilities of everyone,” said Marie Sallois, IOC Director for Corporate and Sustainable Development. “As the Olympic Movement, we want to contribute to the fight against climate change within our area of influence. With the new initiative we are recognising local Olympic Movement projects delivered according to best practices that contribute to this goal.”

Projects within the Network will not be limited to planting new trees. They can include protection or restoration of existing forests, wildlife corridors and coastal watersheds and ecosystems, as well as regenerative agriculture.

Healthy forests, wetlands and other ecosystems not only capture carbon from the atmosphere. They also safeguard nature, and help communities become more resilient and adapt to the effects of climate change, such as droughts, heatwaves, floods or landslides.

The IOC Executive Board agreed that the IOC would support the creation of the Olympic Forest Network by establishing a series of principles, based on which NOCs would be able to join.

Several NOCs have already proposed existing projects that are in line with the above principles, and expressed an interest in including them in the Olympic Forest Network.

In Papua New Guinea, the NOC has partnered with the local communities, the National Fisheries Authority and the Conservation and Environment Protection Authority to restore a 3km strip of endangered mangroves, supporting a vital ecosystem. This project will be extended in the coming years and is connected to the Love Your Coast programme, which involves athletes in advocacy and education.

In Slovenia, some 30 athletes and 100 other stakeholders are planting 13,000 trees in partnership with the Slovenian State Forestry Company.

Spain’s NOC, under the agreement with the Spanish Environment Ministry and in partnership with their global sustainability sponsor and the Spanish Municipality Federation, has launched a project to plant new forests to compensate for their residual carbon emissions.

Following the Executive Board’s approval, the IOC will work with its partner, the International Union for Conservation of Nature (IUCN), to provide support on this initiative.