Julie O'Hara-Harvey: “You Have To Find Your Way.”

Julie O'Hara-Harvey: “You Have To Find Your Way.” 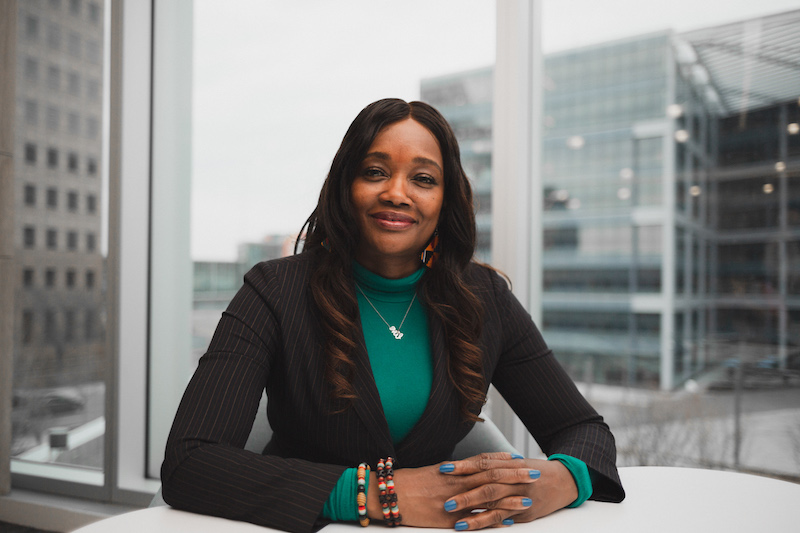 When Julie O’Hara-Harvey joined Principal® in November 2021, one of her first to-dos was to spearhead creation of the Pal Program. Onboarding at any company can be difficult, and post-pandemic stresses have only made it harder to connect with peers, figure out company culture, and find ways to meaningfully engage. The Pal Program—which pairs a new employee with a mentor for 60 days—addresses those issues head on, says O’Hara-Harvey, who is senior affirmative action/equal employment opportunity program manager and diversity consultant with Principal.

In some ways, it’s a culminating project of O’Hara-Harvey’s life experience. She’s familiar with navigating big life events without a playbook. When she was 25, her mom died, leaving behind O’Hara-Harvey and her younger sisters, then ages 14 and 16. When O’Hara-Harvey left the military, she discovered how difficult it was for companies to translate a veteran’s experience into a civilian job title.

“I want to help people figure out how to get in where you fit in and find your way,” she says.

O’Hara-Harvey grew up in Miami before moving to Hinesville, Georgia, in high school. Post-graduation, she served in the United States Army. Jobs are very often sink-or-swim, and the military is no different. Assigned to a military police company, O’Hara-Harvey “didn’t know the desk sergeant codes, so I made this little cheat sheet to learn on the job,” she says. Later she became a military absent without leave apprehension clerk. “The military would throw you in and you had to find your way. That’s true in corporate America too—sometimes you just have to figure it out.”

And then O’Hara-Harvey’s mom died unexpectedly. She quickly pivoted, adopting her siblings and becoming both their sister and mom while caring for two children of her own.

There wasn’t a playbook for her position in the military, nor was there a playbook for taking care of her sisters. But there was wisdom from her mom. “My mom did a good job teaching me to be a leader,” she says. “When you have obstacles like that, you can’t feel sorry for yourself. You have to pick yourself up and find your grip.”

Opportunities for every veteran

O’Hara-Harvey served in the U.S. Army from 1987 to 1995 during Desert Storm, with four years in active duty and four years in the reserves; she was discharged due to military trauma. Living in Charlotte, North Carolina, she found a job with a company that would eventually be acquired by Wells Fargo and pursued her master’s degree.

While O’Hara-Harvey continued to make progress at home and in her career, she and other veterans face unique challenges on the road to financial security. For example, women who served after 9/11 experience higher unemployment than male veterans,1 and homelessness rates twice that of non-veteran women. They’re also more likely to be single parents than non-veteran counterparts.2 Only one in four veterans has a post-military job at the ready.3

“I started as a credit counselor First Union, which was acquired by Wachovia, even though I had the credentials to do more,” O’Hara-Harvey says. “Like a lot of veterans, I had to get in where I could fit in to feed my family. Sometimes companies don’t think of military service as traditional work. I had to work my way up.”

She did just that, eventually becoming an affirmative action consultant while also advocating for veterans both locally and nationally. At Wells Fargo, O’Hara-Harvey co-led a buddy program that paired new veterans with an employee who had a year or more tenure. As president of the Veterans Team Member Network at Wells Fargo, O’Hara-Harvey challenged businesses to address both the unique needs of former military members and think differently about the strengths veterans offered as potential employees. “I don’t want it to be the same way for other veterans as it was for me,” O’Hara-Harvey says.

Finding a home at Principal

A few key people—her own informal version of a Pals Program—convinced O’Hara-Harvey that Principal was where she could next put her equal employment advocacy skills to use. “Larry Twitty shared the Principal journey with diversity, equity, and inclusion, and Jen Rhoads helped me understand that Principal cared about people with disabilities,” she says. “Every person I met had a human touch and a connectivity that was genuine.”

At Principal, O’Hara-Harvey expanded the Wells Fargo buddy model to include anyone, veteran and non-veteran alike. As part of the Pal Program, three new employees are grouped together with a mentor, growing a friendship and helping transition to work life at Principal. “We know that with the great resignation, people aren’t as engaged and don’t feel as welcomed,” she says. “This brings the workforce together, to activate them as more of a family.”

She’s also looking forward to the challenge of ensuring the Principal of the future mirrors its customer base and society at large, from the top down. “We can continue to cast our nets further and wider, to reach more diverse applicants intentionally and strategically,” O’Hara-Harvey says. “We have an appetite for DEI.”

No matter what, O’Hara-Harvey will always advocate for veterans. “Sometimes veterans won’t self-identify if they don’t feel it’s safe to do so, and so we can always work to make sure we’re as welcoming as possible and reach them,” she says.

O’Hara-Harvey didn’t get a playbook for all those difficult life pivots, but she determinedly created one of her own and has found her full stride with Principal.

“When I came on board, the team made me feel like I was at home,” she says. “They let me know I had made the right choice to join Principal. I truly feel for the first time that my voice—Black, female, a disabled veteran—really does count.”

Learn more about getting the most from your education and skills with a career at Principal: Principal.com/careers