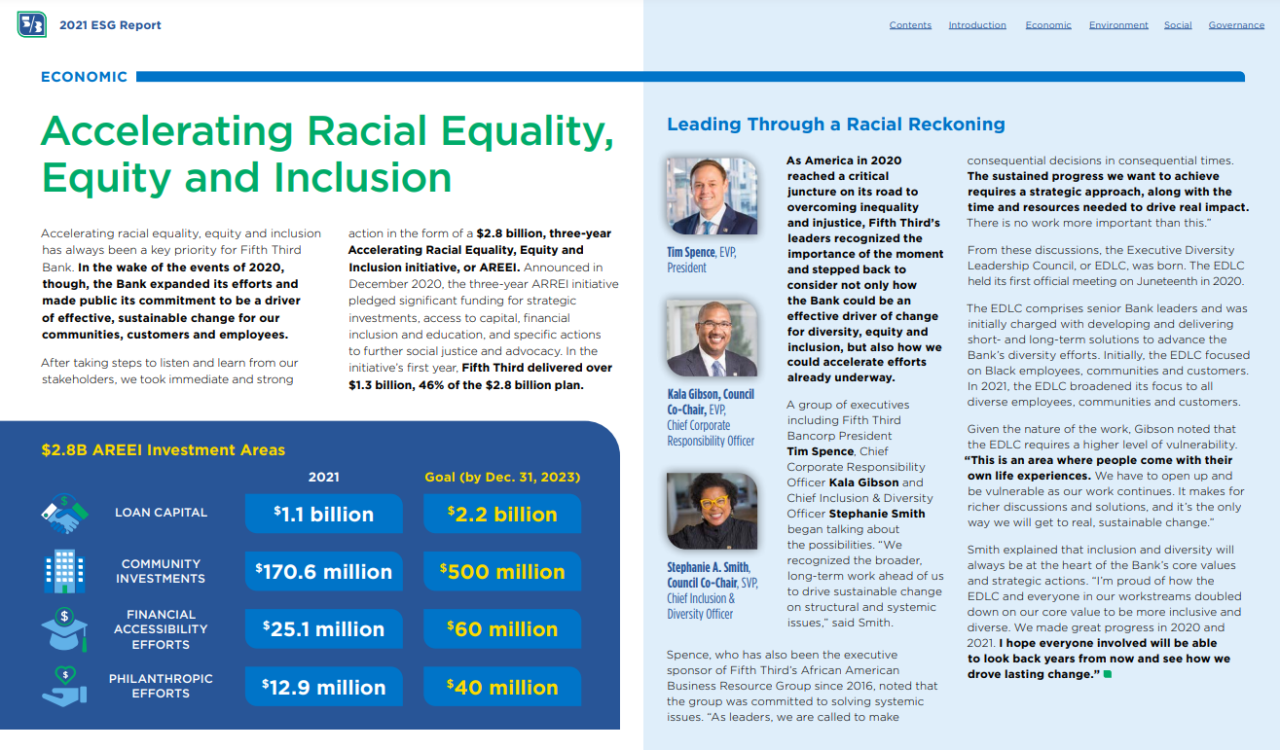 Accelerating racial equality, equity and inclusion has always been a key priority for Fifth Third Bank. In the wake of the events of 2020, though, the Bank expanded its efforts and made public its commitment to be a driver of effective, sustainable change for our communities, customers and employees.

After taking steps to listen and learn from our shareholders, we took immediate and strong action in the form of a $2.8 billion, three-year Accelerating Racial Equality, Equity and Inclusion Initiative, or AREEI. Announced in December 2020, the AREEI initiative pledged significant funding for strategic investments, access to capital, financial inclusion and education, and specific actions to further social justice and advocacy.

In the initiative’s first year, Fifth Third delivered over $1.3 billion, 46% of the $2.8 billion plan. This included $1.1 billion in loan capital, $170.6 million in community investments, $25.1 million in financial accessibility efforts, and $12.9 million in philanthropy.

For more information about Fifth Third’s AREEI initiative, including the work done through its community, employee and customer workstreams, read the Bank’s 2021 Environmental, Social and Governance Report.