The jury acknowledged that the IOC Refugee Olympic Team exemplifies the values of sport, which are integration, education, solidarity and humanity, and represents a message of hope for the world.

“We are extremely honoured and grateful to the jury of the Princess of Asturias Foundation,” said the President of the International Olympic Committee and Chair of the Olympic Refuge Foundation, Thomas Bach. “This award is an encouragement to pursue our mission to support refugees and displaced people all around the world to find safety, relief and joy through sport. The Olympic Refuge Foundation is an expression of our long-term commitment to refugees. Unfortunately, with more than 100 million forcibly displaced people around the world, our mission remains of the utmost importance, and our commitment to stand with refugees is stronger than ever. Since the Olympic Games Rio 2016, the IOC Refugee Olympic Team has represented the millions of refugees around the world and drawn the world's attention to the issue of refugees, further advancing efforts to achieve world peace through the elimination of the wars and conflicts that cause people to flee their homeland.”

In October 2015, confronted with the global refugee crisis that had seen millions of people in the world displaced, the IOC President announced the creation of the first IOC Refugee Olympic Team at the General Assembly of the United Nations. History was made at the Olympic Games Rio 2016 with the participation of 10 refugee athletes, inspiring the world with the strength of their human spirit.

The journey continued with the IOC Refugee Olympic Team at Tokyo 2020 and the participation of 29 athletes competing in 12 sports.

Strengthening the support provided to refugees and populations affected by displacement continues to be a priority for the IOC and forms part of Recommendation 11 of Olympic Agenda 2020+5, the new strategic roadmap of the IOC and the Olympic Movement through to 2025. To achieve this, not only will there be an IOC Refugee Olympic Team at the Olympic Games Paris 2024 and the Youth Olympic Games Dakar 2026, but increased access to sport for displaced young people is being ensured 365 days a year through the work of the Olympic Refuge Foundation. 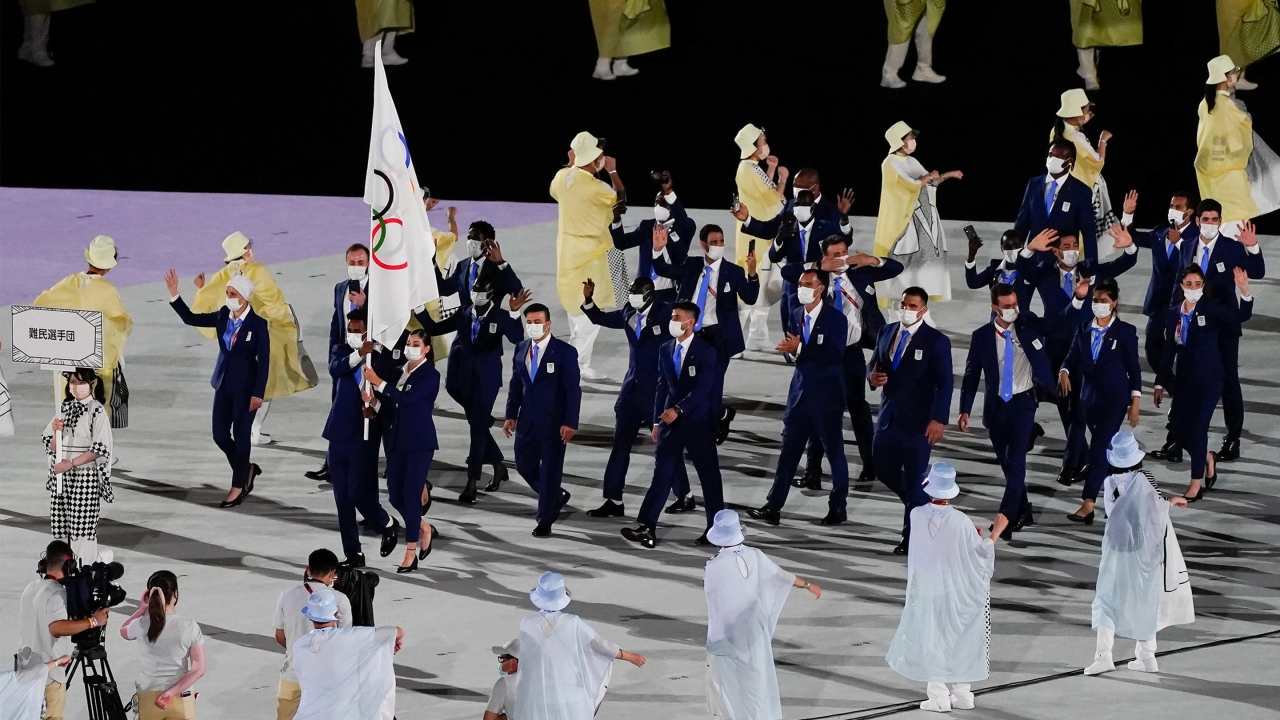 A commitment to stand with refugees

Launched by the IOC in 2017, the Olympic Refuge Foundation marks the latest chapter in a long-term commitment to supporting the protection and development of displaced young people through sport, and to helping them thrive.

The Foundation believes in a society where everyone belongs, through sport. Its goal is to shape a movement which ensures that young people affected by displacement thrive through sport.

Working in cooperation with the Olympic Movement, the United Nations, international organisations, the private sector, non-governmental organisations and other foundations, the Foundation has supported 12 programmes in eight countries: Colombia, Democratic Republic of Congo, Jordan, Kenya, Mexico, Rwanda, Turkey and Uganda, and new programmes will be launched soon in Colombia and France.

The Foundation aims to provide access to safe sport for one million young people affected by displacement by 2024. Currently, up to 200,000 young people already benefit from sports programmes designed to improve their well-being and social inclusion.

The Princess of Asturias Awards have been presented annually since 1981 by HM King Felipe of Spain and are considered to be amongst the most important in the global cultural agenda, especially in the Spanish-speaking world.