A Davos Spring: A First-Timer's Impressions From the World Economic Forum 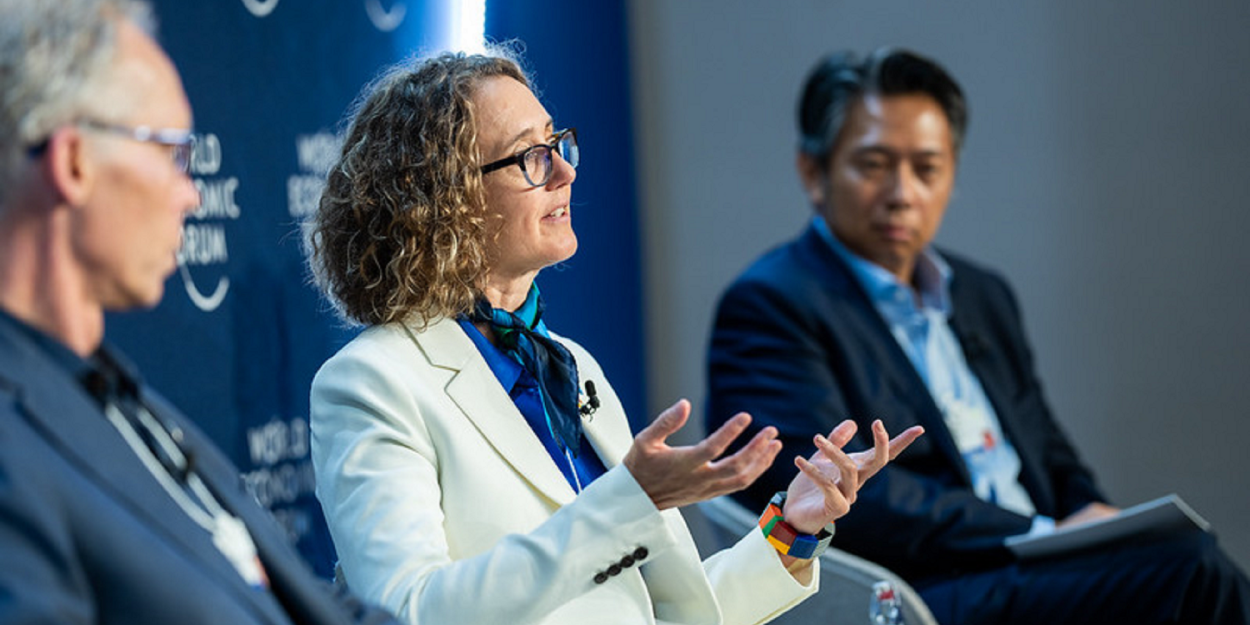 Back when I was a girl on a hill outside of Johannesburg, dreaming of sucking up the world’s pollution with a giant vacuum, I never imagined I would one day climb another hill—in a gondola, no less—with heads of state, billionaires, and even a few members of royalty. But at the World Economic Forum (WEF), held in the Swiss village of Davos, moments like this are the norm.

I was invited to the Annual Meeting of the Forum to share a business perspective on the role nature-based solutions play in strategies to achieve net-zero, like VMware’s 2030 Agenda. And our team had a packed agenda. We were there to speak with global leaders about sustainability and the twin transitions happening in energy and digitalization, listen to policy concerns about digital and enterprise sovereignty and share our perspectives on the importance of a secure, interoperable and sustainable multi-cloud platform.

But as a first-time WEF participant, I didn’t fully know what to expect. Davos certainly attracts some of the world’s richest and most powerful people, leading to a fair amount of critique of the event’s ratio of discussion to action.[1] Would the first WEF gathering since the beginning of the pandemic be more of the empty promises Greta Thunberg called out previously?[2] Or could the current zeitgeist engender dialogue that leads to real solutions?

In my view, the answer is probably a bit of both.

A somber tone for the event was set by bookending addresses from Ukrainian President Volodymyr Zelensky and German Chancellor Schultz. While sobering, I still found optimism in the conversations. Yes, I heard ambitious promises and some action plans that seemed fuzzier than others. And yes, the parade of luxurious black “internal combustion engines” pulling up—mere steps from the Congress Centre—for meetings to discuss the urgency of net-zero efforts was not lost on me.

Digesting some of the contradictions, here’s the reality that I kept reminding myself of: we don’t have the luxury of using purity tests to discount discussions as important as addressing climate change, inequality and food security. These complex, interconnected and global issues need every nation, every industry and every business leader at the table and engaged. And the World Economic Forum absolutely succeeds at assembling many of the stakeholders who are in positions to move the needle.

Something that surprised me was the breadth and nuance of the discussions. There were very few “single-issue” conversations. Instead, there was a consistent thread of interconnected dialogues like energy, agriculture, health, digital transformation, cyber resilience and social justice, along with impacts of changing global structures and multilateralism.

For example, the war in Ukraine was obviously top of mind for every attendee. But I was struck by how many speakers drew a clear connection between the war and countries’ dependence on fossil fuels. Accelerating the transition to clean energy was presented as not only a way to achieve better environmental outcomes, but as a way to create more resilience and better foreign policy outcomes.

This search for win-win solutions defined many of my conversations at Davos. While there was a clear recognition that a better future will demand certain tradeoffs, there was also a wariness of polarization and the idea that we’re playing a zero-sum game. Put simply, it’s not a matter of investing in climate or energy, health or digitization. The world needs to invest in climate and energy and health and digitization—and when we do, the sum will be greater than the parts and we’ll all benefit. 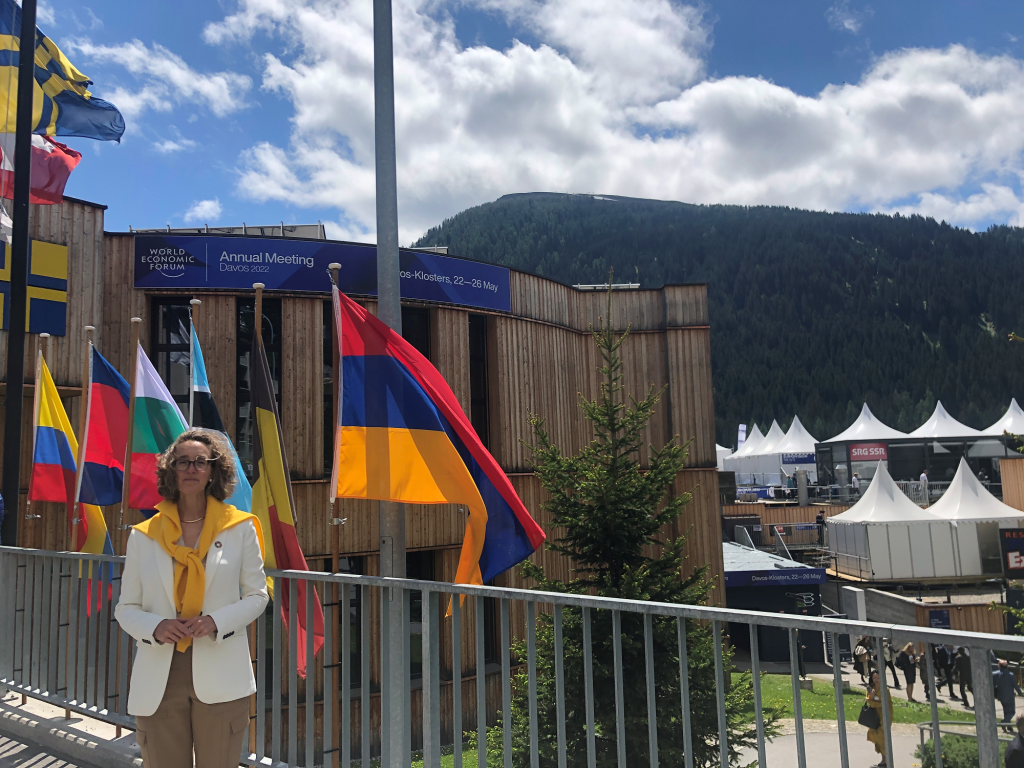 By the end of my week in Davos, many connections were made, many conversations were had, and I was witness to many commitments announced.[3] Will this lead to measurable outcomes? It’s too soon to know for sure. The months and years ahead will reveal the actions behind the good intentions.

But my final impression from the World Economic Forum was one of hope.

After riding that gondola up to the ski chalet where the closing event was being held, I found myself among many of the “Davos elite” I’d brushed shoulders with the whole week —and I still felt a bit out of place. But then I spotted a table of young people—the Global Shapers,[4] a group of amazing leaders under 30 who were invited to Davos to share and evolve their ideas for a better future. I recognized a few of them. They had been the first in line after my own session earlier in the week, eager to talk about how innovations like ML and LiDAR could support carbon auditing and verification for companies like VMware who have made commitments to planting trees as part of our commitments. So, I approached their table—and they were kind enough to welcome me with open arms to join their table.

We immediately launched into a spirited discussion, and I got to hear more about their passions and projects. For instance, I learned about a project to regenerate and reforest the Sahel, an area stretching coast-to-coast from Senegal to Djibouti. But beyond the specifics of any one conversation, what struck me most about these Global Shapers was their clarity of purpose and optimism. It wasn’t a matter of if they would achieve their goals—but when. And that attitude was contagious.

That’s when I realized that this might be one of the most important parts of the World Economic Forum. It’s a convening that allows people and ideas to reconnect with the power of possibility. To remember that big things are achievable. To recharge our batteries for the journey ahead.

This article may contain hyperlinks to non-VMware websites that are created and maintained by third parties who are solely responsible for the content on such websites.