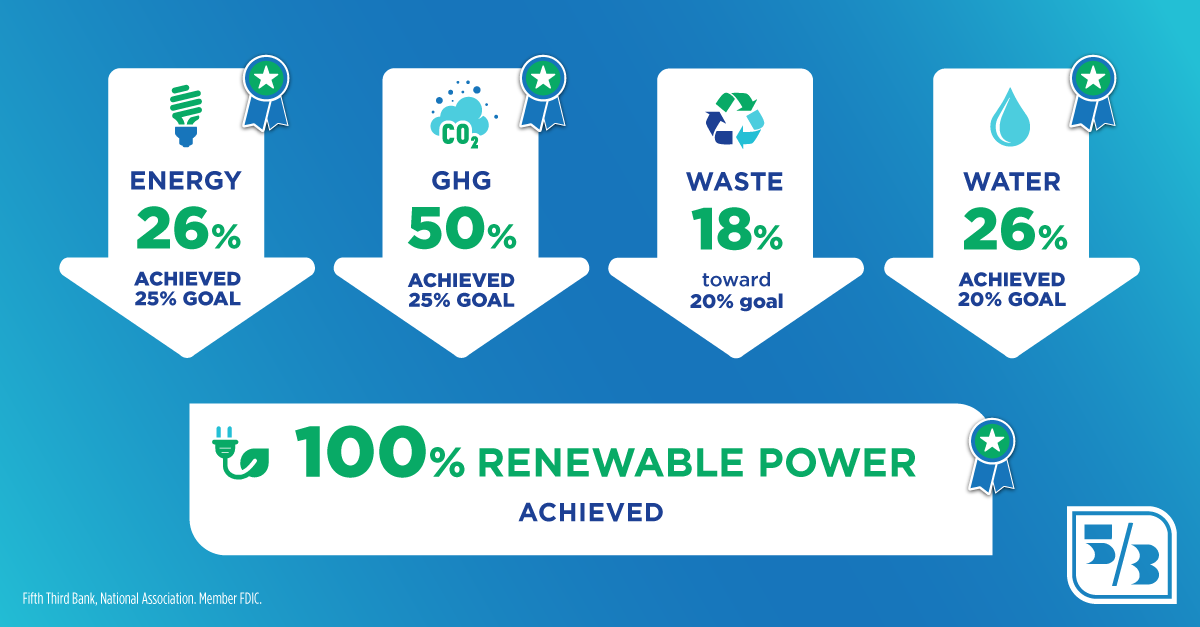 In honor of Earth Day on April 22, Fifth Third provided an update on its five operational environmental sustainability goals. The Bank continues to work to reduce its impacts on the environment and achieve its goals. To date, Fifth Third exceeded four of the five goals, and will continue to set more aggressive targets.