International Day of Sport for Development and Peace 2022: How Sport Can Build Bridges

International Day of Sport for Development and Peace 2022: How Sport Can Build Bridges

On the occasion of the International Day of Sport for Development and Peace (IDSDP), celebrated on April 6, the International Olympic Committee (IOC) looks at how sport and the Olympic Games have brought people together throughout the years, building bridges and fostering understanding. 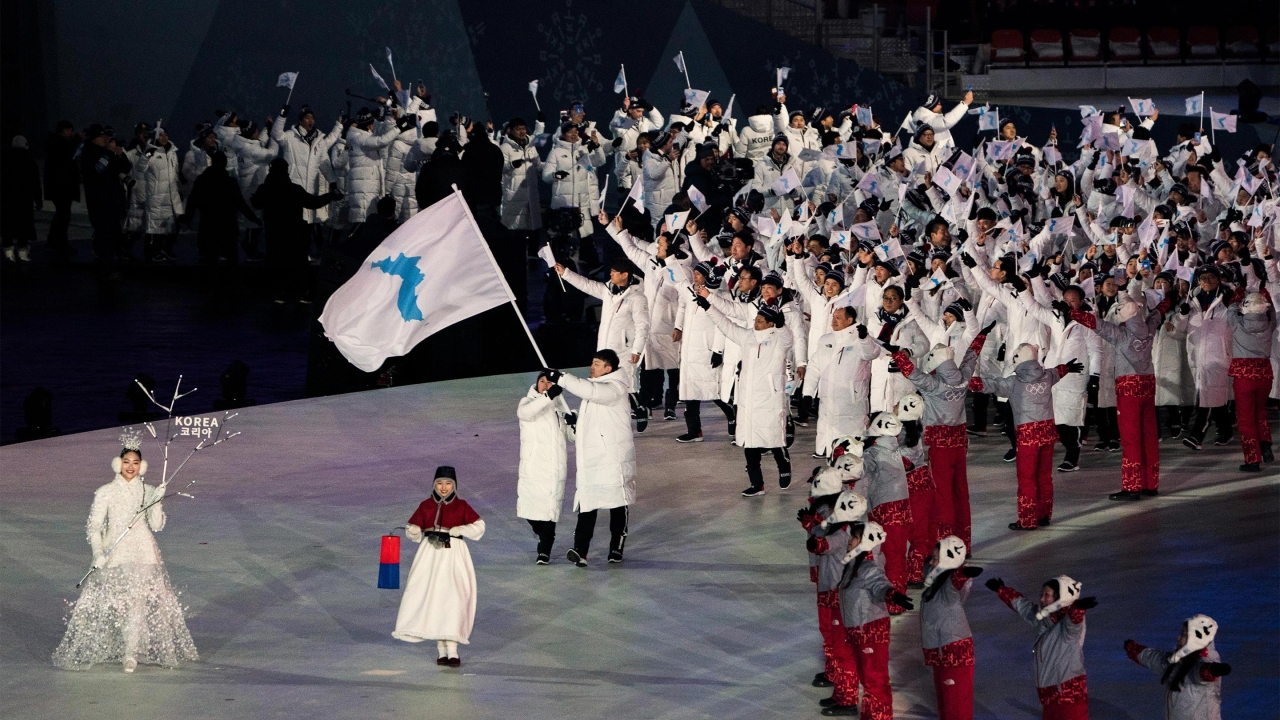 A yearly celebration since 2014

Creating a historical link to the opening of the first modern Olympic Games in 1896, 6 April was declared the IDSDP by the United Nations (UN) General Assembly in 2013, and this has been celebrated each year since 2014.

The IOC, in its capacity as Permanent Observer to the UN, proposed and supported this initiative and its potential to recognise sports organisations’ role in contributing to social change and human development. More specifically, the day is an opportunity for the IOC to highlight how athletes and the Olympic Movement use sport to foster peace, reconciliation and development, and underline the power of the Olympic Games to promote tolerance and solidarity among the participants, fans and people all over the world. 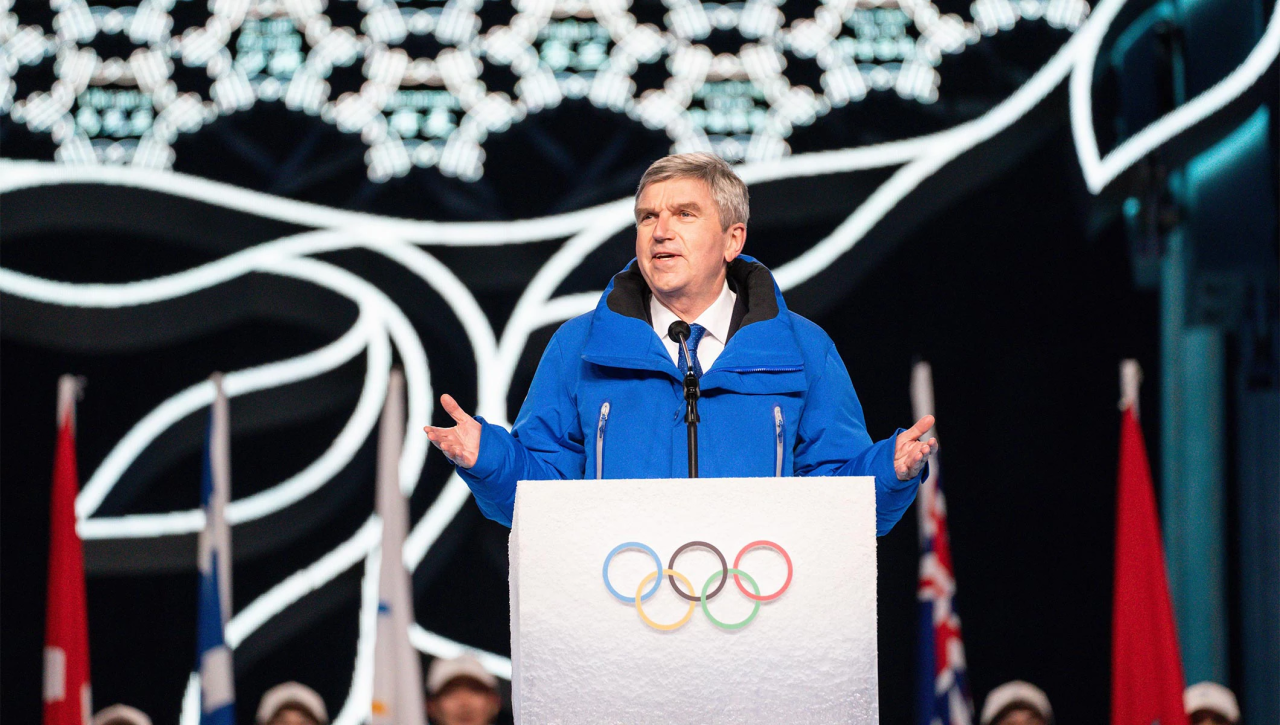 Calling for solidarity and peace at the Beijing 2022 Opening Ceremony

At the Opening Ceremony of the Olympic Winter Games Beijing 2022, on 4 February, IOC President Thomas Bach called for peace in front of a global TV audience of hundreds of millions of people.

“In our fragile world, where division, conflict and mistrust are on the rise, we show the world: yes, it is possible to be fierce rivals, while at the same time living peacefully and respectfully together. This is the mission of the Olympic Games: bringing us together in peaceful competition. Always building bridges, never erecting walls. Uniting humankind in all our diversity,” said President Bach, and concluded: “Give peace a chance.” 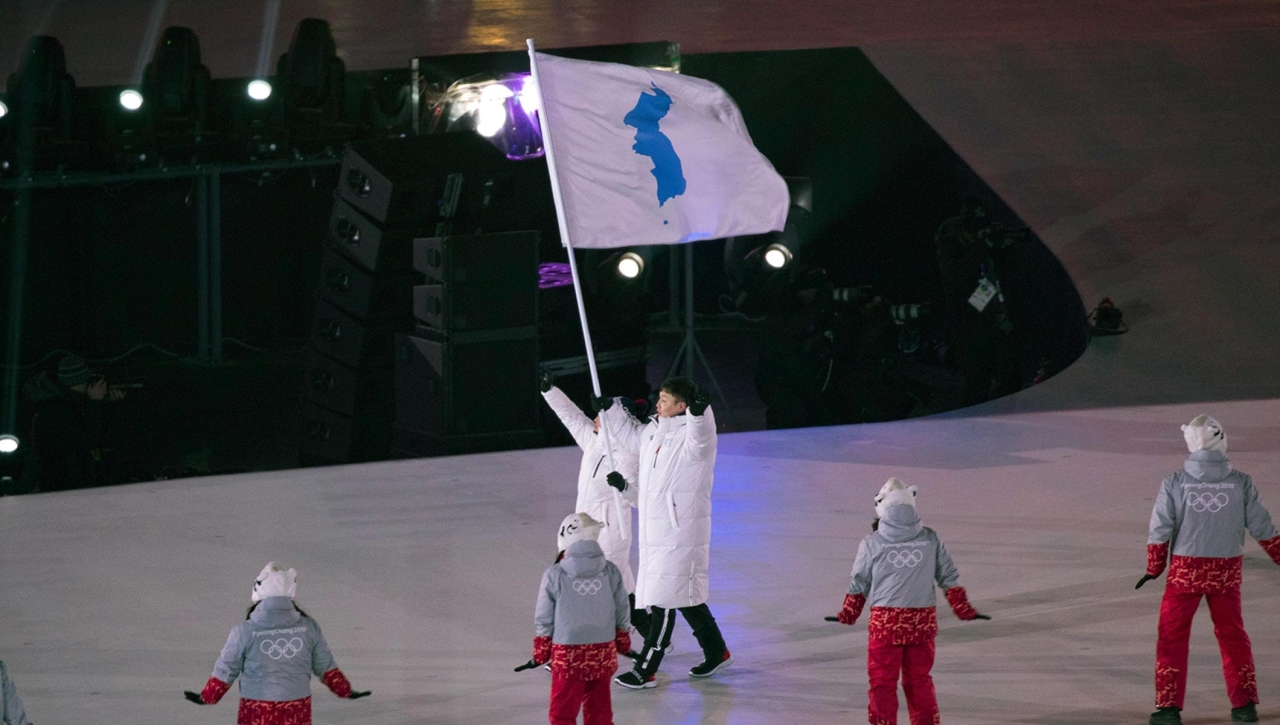 After the invasion of Ukraine by the Russian army on 24 February, the call for peace was reinforced and strengthened through measures and recommendations the IOC issued. In a letter to the Olympic Movement on 11 March, President Bach explained again the contribution of sport and the Olympic Movement to peace.

A prominent example of sport’s ability to bring people together took place at the Olympic Games Sydney 2000. Despite the political tensions between the Democratic People’s Republic of Korea and the Republic of Korea in the 20th century, the two countries entered the stadium together as one delegation at the Opening Ceremony. 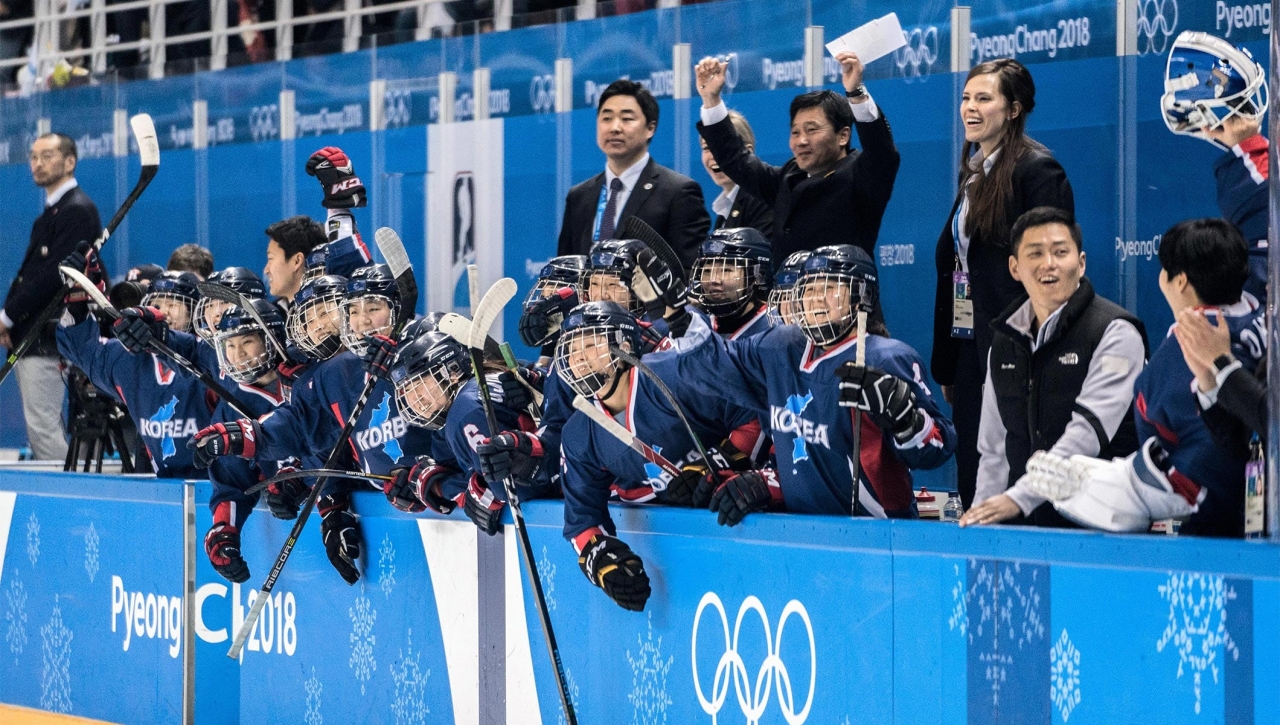 A unique flag displayed the map of the whole of Korea and was carried by two athletes, Jung-Chul Pak from the North and Jeong Eun-Sun from the South. The delegation marched under the name “Korea”, and athletes from both countries saluted the crowd as one. This act of solidarity was repeated at the Opening Ceremonies of Athens 2004 and Turin 2006, before history was made at PyeongChang 2018.

In PyeongChang, on the Korean peninsula and at a time of high political tensions, not only did the two countries enter the stadium together carrying one flag, they also competed as one team in the women’s ice hockey tournament. It was the first time in Olympic history that both nations would participate as a unified team under one flag, showing the power of sport to bring divided communities together. 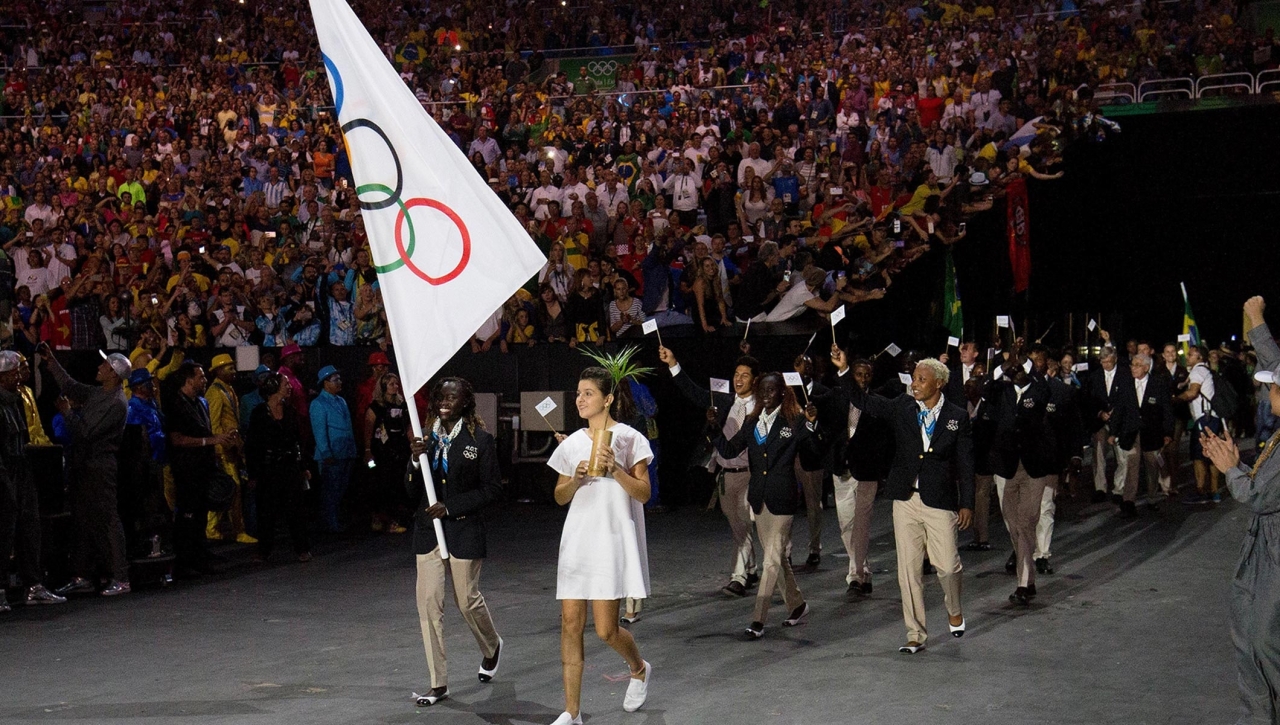 IOC Refugee Olympic Team: a message of hope and solidarity

The IDSDP was established not only as a celebration of sport’s role in promoting peace, but also to highlight sport’s ability to bring communities around the world together in times of need.

At the UN General Assembly in October 2015, confronted with the global refugee crisis that has seen millions of people in the world displaced, the IOC President announced the creation of the Refugee Olympic Team – the first of its kind – to take part in the Olympic Games Rio 2016. 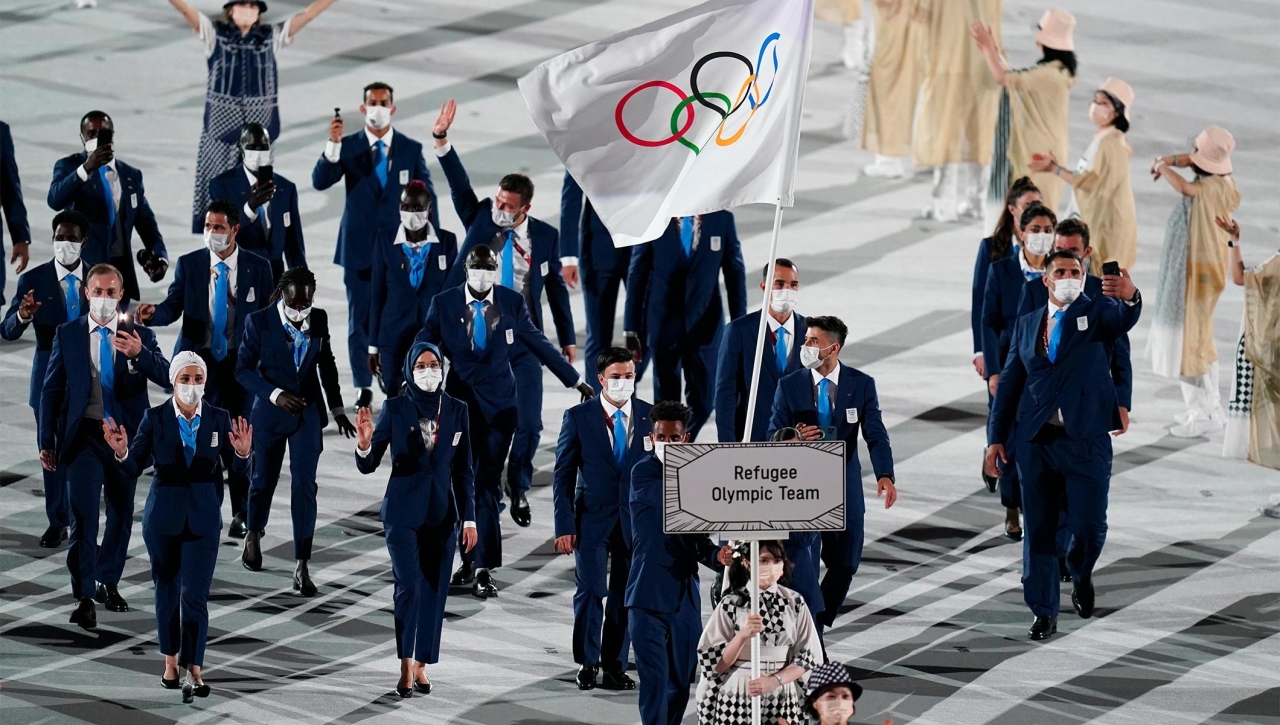 This historic decision saw 10 athletes, originally hailing from the Democratic Republic of the Congo, Ethiopia, South Sudan and Syria, compete at the Olympic Games alongside 11,000 fellow athletes in Brazil. The Team marched under the Olympic flag, acting as a symbol of hope for their fellow refugees around the world, and inspiring the world with the strength of their human spirit.

Building on the impact of the IOC Refugee Olympic Team at Rio 2016, a decision was taken in October 2018 to establish another delegation for the Olympic Games Tokyo 2020, which led to the participation of 29 athletes in Japan last summer. The IOC’s support to refugees is continuing to grow through the Olympic Refuge Foundation, which is dedicated to supporting displaced people around the world, 365 days a year, through sport, and is responsible for managing the Refugee Olympic Teams at Paris 2024 and the Youth Olympic Games Dakar 2026.