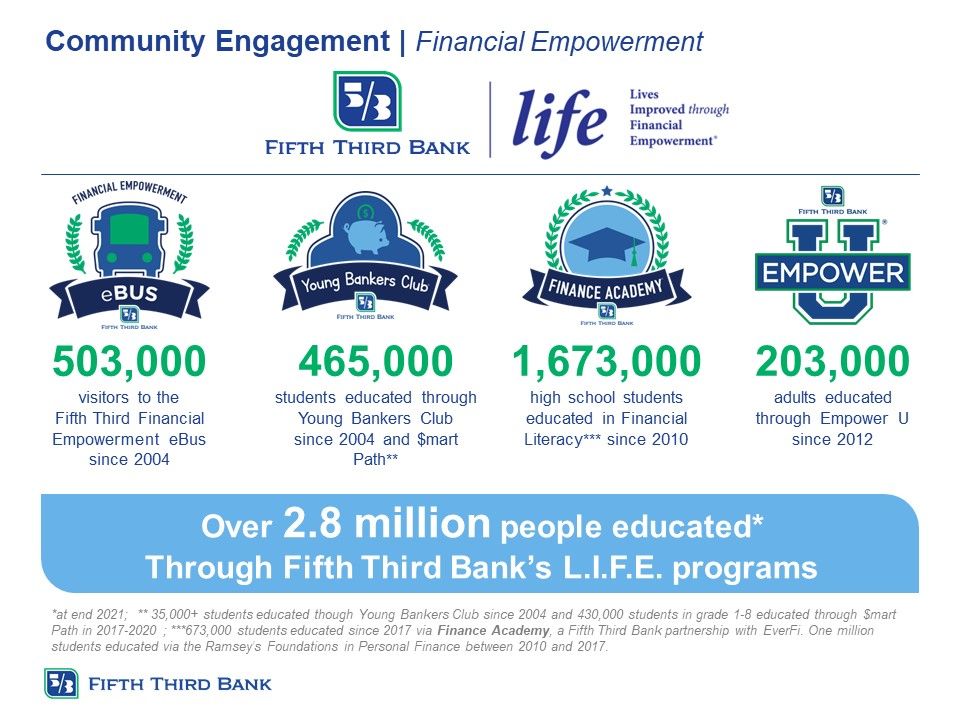 Fifth Third Bank continues to be deeply committed to financial education. As we celebrate Financial Literacy Month in April, we’re proud to report that over 2.8 million people have been educated though our various programs in the past 18 years. Fifth Third’s L.I.F.E. (lives Improved through Financial Empowerment) programs are designed to financially empower people at every age and every stage in life, with in-person and virtual modules.