Sustainability in the Spotlight at Beijing 2022

Beijing 2022’s sustainability efforts were in the spotlight today at the Olympic Games Beijing 2022.

Sustainability in the Spotlight at Beijing 2022

Beijing 2022’s sustainability efforts were in the spotlight today at the Olympic Games Beijing 2022. 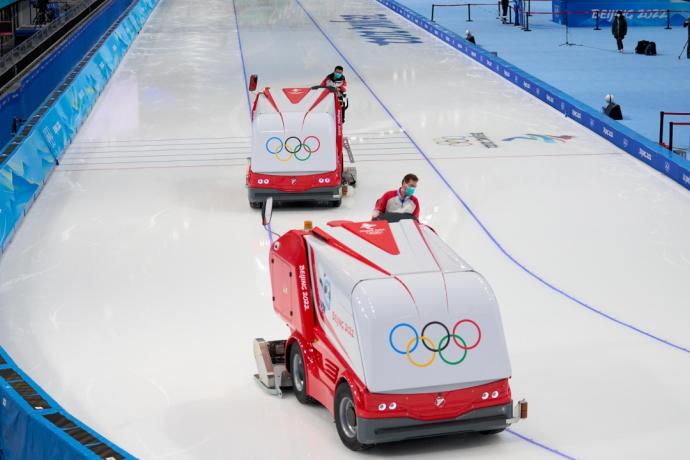 “As the world is racing to avoid the catastrophic effect of climate change, sustainability and climate action have a very central place in our Strategy for the future of the Olympic Movement,” said Marie Sallois, IOC Director for Sustainability, in her opening remarks at the joint IOC Beijing 2022 Daily Briefing. “Our aim is to ensure the Games are at the forefront of sustainability and act as a catalyst for sustainable development for their host. We also want to use the visibility of sport and the Olympic Games to showcase and promote innovative and sustainable solutions.”

“The concepts of ‘green Games’ and sustainability have been embedded in the entire process and every aspect of our work to prepare and deliver the Beijing 2022 Games,” said Li Sen, Director General of the General Planning Department of Beijing 2022, who highlighted carbon neutrality and environmental protection as the key focus areas of Beijing 2022 sustainability.

In line with IOC requirements, the Beijing 2022 Games will be carbon neutral.

All newly constructed venues are embracing new construction standards, from water and energy efficiency to building insulation and cooling technologies; and ecological conservation was prioritised during venue construction in the competition zones. Environmental Impact Assessments have been carried out, and diverse nature conservation measures have been taken to protect the local plant and animal species.

While much of the Beijing 2022 snow sports rely on artificial snow, every effort has been made to minimise the environmental impact of snow production. The snow-making equipment is powered by 100 per cent renewable energy, and a series of water-conserving and recycling designs have been put into place to optimise water usage. No chemicals are used in the snow-making process, to avoid impacts on the local ecosystem.

All upcoming Games editions are required to be carbon-neutral. From 2030 onwards, the IOC will oblige all Games to be “climate positive”, reducing their direct and indirect emissions, compensating more than the remaining ones, and creating lasting zero-carbon solutions for the Games and beyond.

Paris 2024 has committed to achieving this goal already in 2024.

Tokyo 2020 went beyond carbon neutrality by reducing its carbon footprint and compensating more than its remaining emissions.

The IOC itself will halve its own footprint by 2030 and create an Olympic Forest to become climate positive in 2024.