The first city in the world to host both Summer and Winter Olympic Games (2008 and 2022), Beijing has been able to reuse many of its iconic sporting venues. Also for the first time in Olympic history, all the venues are expected to be powered by renewable energy, while newly constructed venues are embracing new construction standards from water and energy efficiency to building insulation and cooling technologies.

The 12 competition venues are spread across three zones – Beijing and two mountain areas, Yanqing and Zhangjiakou. Together, these zones form a rough line north-west from Beijing through Yanqing to Zhangjiakou, about 180 kilometres from Beijing city centre.

The venues are a vital part of the Beijing 2022 legacy, helping to drive the growth of winter sports and related benefits for health and society, and to provide opportunities for economic development. 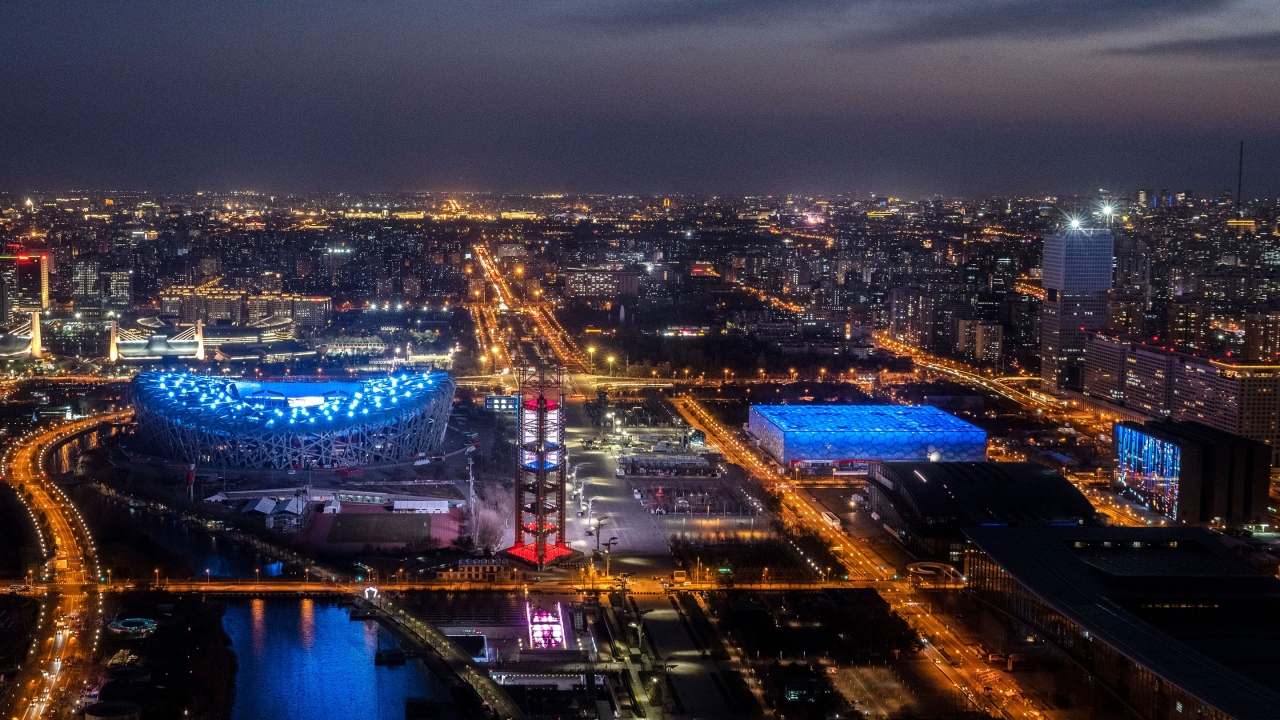 Five competition venues are being reused from the Olympic Games in 2008. A core driver for this has been the IOC’s Olympic Agenda 2020, which requires host cities to minimise new construction and thereby reduce carbon emissions, among other measures.

“By making full use of existing venues and equipping them with innovative technologies, Beijing 2022 cuts emissions, reduces environmental impacts, and the consumption of water, energy and materials,” says Marie Sallois, IOC Director for Sustainability. “Many of the Beijing 2022 venues are designed with flexibility in mind to serve the athletes as well as the local population in a variety of ways and throughout the whole year.”

Four Beijing 2022 ice venues will use natural carbon dioxide cooling technology for the first time at the Games and in China, helping to reduce energy consumption, waste discharge and carbon emissions. The technology uses carbon dioxide to transfer and absorb heat in order to refrigerate and make ice, then using the heat to warm water and indoor spaces.

One of them, the National Aquatics Centre, will now be able to switch between ice and water. Known as the “Water Cube” since Beijing 2008, and “Ice Cube” during the preparations for Beijing 2022, the centre caught the world’s attention in 2008 when it hosted Olympic swimming, diving and artistic swimming. Home to five swimming pools, a wave machine, restaurant and seating for 17,000 spectators, it is back in the spotlight today, as the host of the Beijing 2022 curling competitions.

When the Games are finished, it will continue to host ice sports, as well as swimming events and large cultural performances, offering both multi-purpose and long-term use. 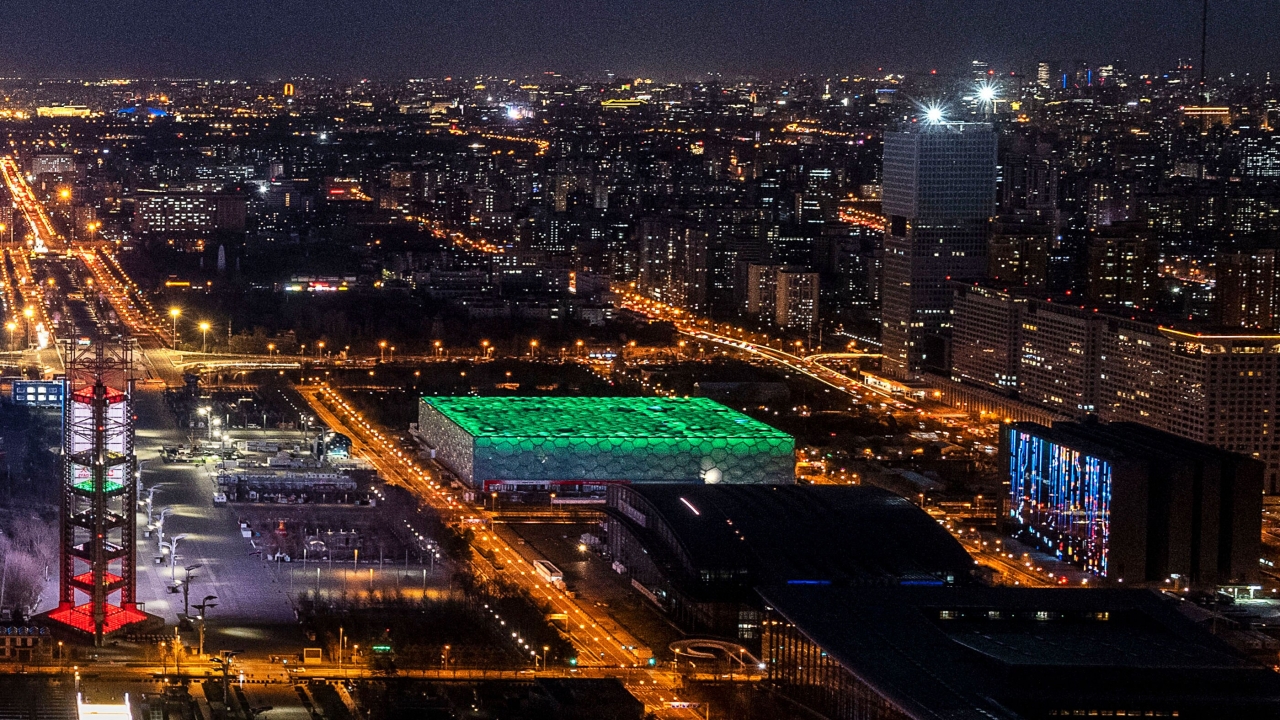 Other venues in the Beijing zone will also leave a positive impact on their surrounding communities.

In 2008, the Wukesong Sports Centre hosted basketball events. For Beijing 2022, it has become China’s first sports facility to cater for both ice hockey and basketball. Switching between the two sports takes just six hours. And when the Games are over, it will host a range of cultural and sports activities and events.

Meanwhile, the new National Speed Skating Oval (the “Ice Ribbon”) will host the speed skating events, with a full-size ice surface of about 12,000m2. It meets not only the technical requirements of the five Olympic ice sports – speed skating, short track speed skating, figure skating, curling and ice hockey – but also the needs of local residents for fitness training when the Games are over. As a multi-function sports centre, it will also host sport, fitness, culture and leisure activities.

Perhaps the most eye-catching new venue, however, is the Big Air Shougang. Built on the site of a former steel mill, with its backdrop of four industrial cooling towers, the new Shougang Park was built by utilising and renovating discarded factories. Today, it is a dynamic site for cultural and sports events as well as exhibitions and a national sports industry zone. Home to the offices of the Beijing 2022 Organising Committee, Shougang will stage the Games’ freestyle skiing and snowboard Big Air competitions, before being used post-Games for a range of sports competitions and training, as well as cultural events. 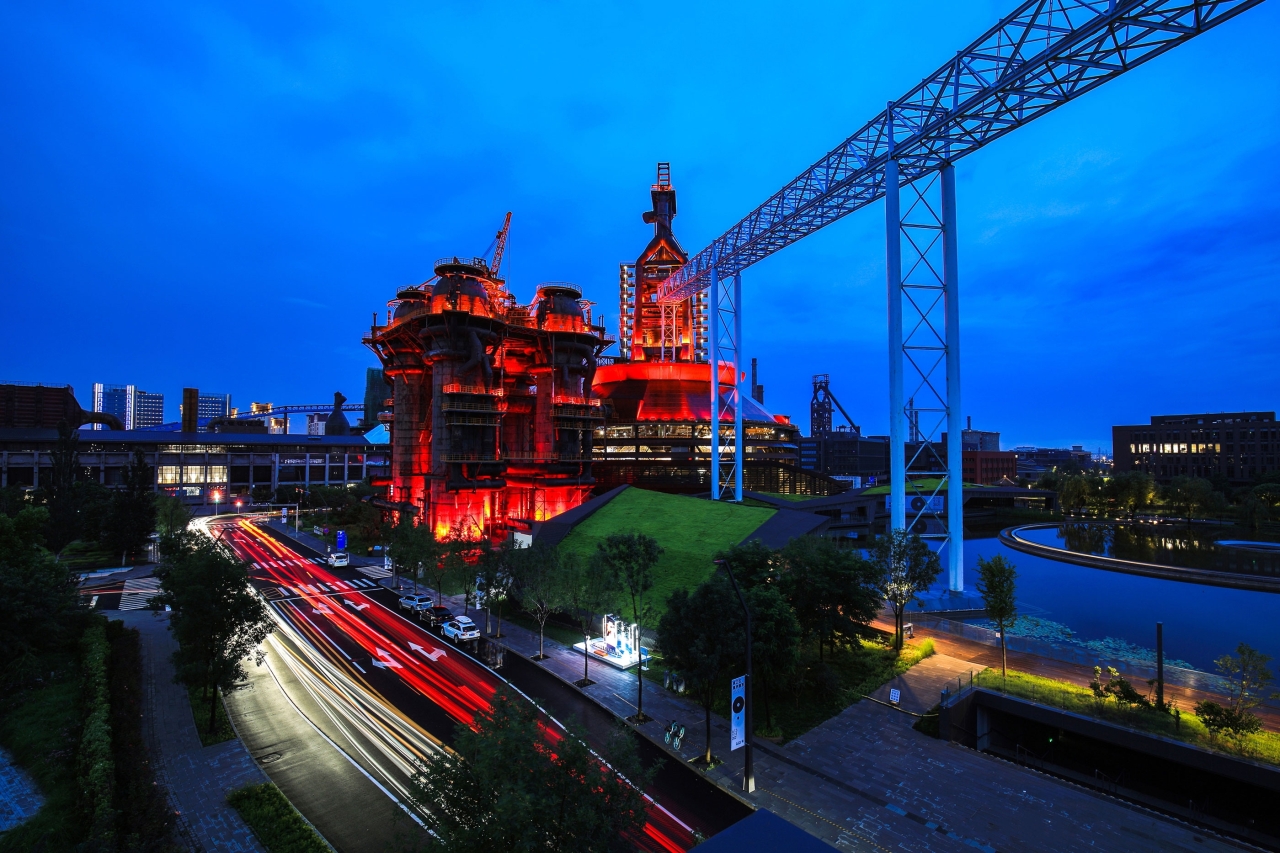 Some 75 kilometres northwest of Beijing’s city centre, in Yanqing, the scenery changes. A mountainous suburb, Yanqing is home to the Badaling section of the Great Wall of China – the most visited section of the Great Wall – and filled with hot springs and national parks. This competition zone has two venues - the National Alpine Skiing Centre and the National Sliding Centre – which will host the alpine skiing plus the sliding sports: bobsleigh, luge and skeleton.

And when the Games are over, the zone will expand its tourism offer to cater for year-round tourism, leveraging its proximity to the Great Wall and Beijing 2022 sites. A variety of outdoor culture, leisure and sports activities will be on offer for tourists and other visitors, offering opportunities for both summer and winter sports. 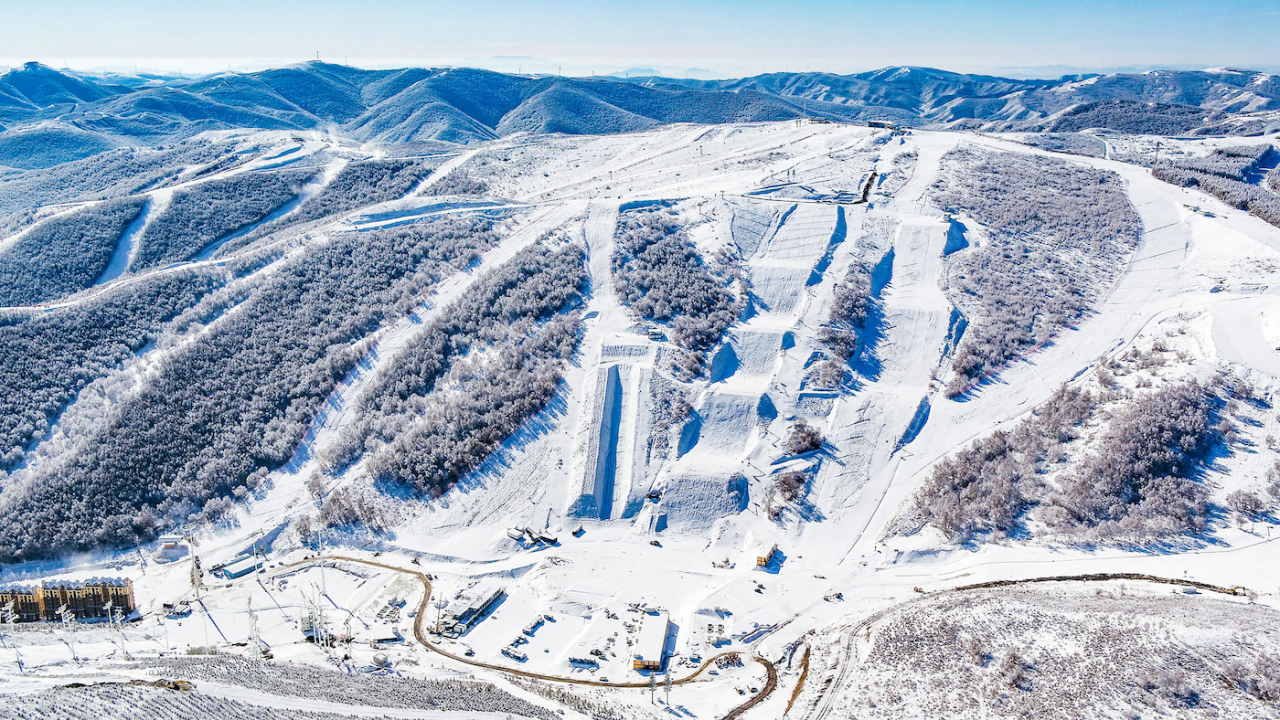 Further from Beijing, the Zhangjiakou Zone is home to four competition venues – the Genting Snow Park, the National Cross-Country Skiing Centre, the National Ski Jumping Centre and the National Biathlon Centre. As with other venues and zones, private investment has been encouraged to set up snow sports schools, accommodation opportunities and specialised sports and leisure industrial zones. It will therefore become a training base for multiple sports, and an ice and snow manufacturing hub. In 2019, Zhangjiakou received more than 86 million tourists and revenue of over RMB 100 billion, up by over 20 per cent on the previous year.

The Genting Snow Park is an existing commercial ski resort, with a rich natural environment and good facilities for winter sports and mountain holidays. In the summer, the National Cross-Country Skiing Centre will be converted into a forest theatre to stage concerts, as well as riding, running, cycling and more, while the National Ski Jumping Centre will be the first ski jumping venue in China.

Meanwhile, the non-competition venues will also leave an impact. The Beijing Olympic Village will be turned into apartments for rent or sale. The Main Media Centre in Beijing will continue to operate as a conference and event facility, while the Yanqing and Zhangjiakou Olympic Villages will become hotels, apartments and a business cluster to serve the region’s booming winter sports.