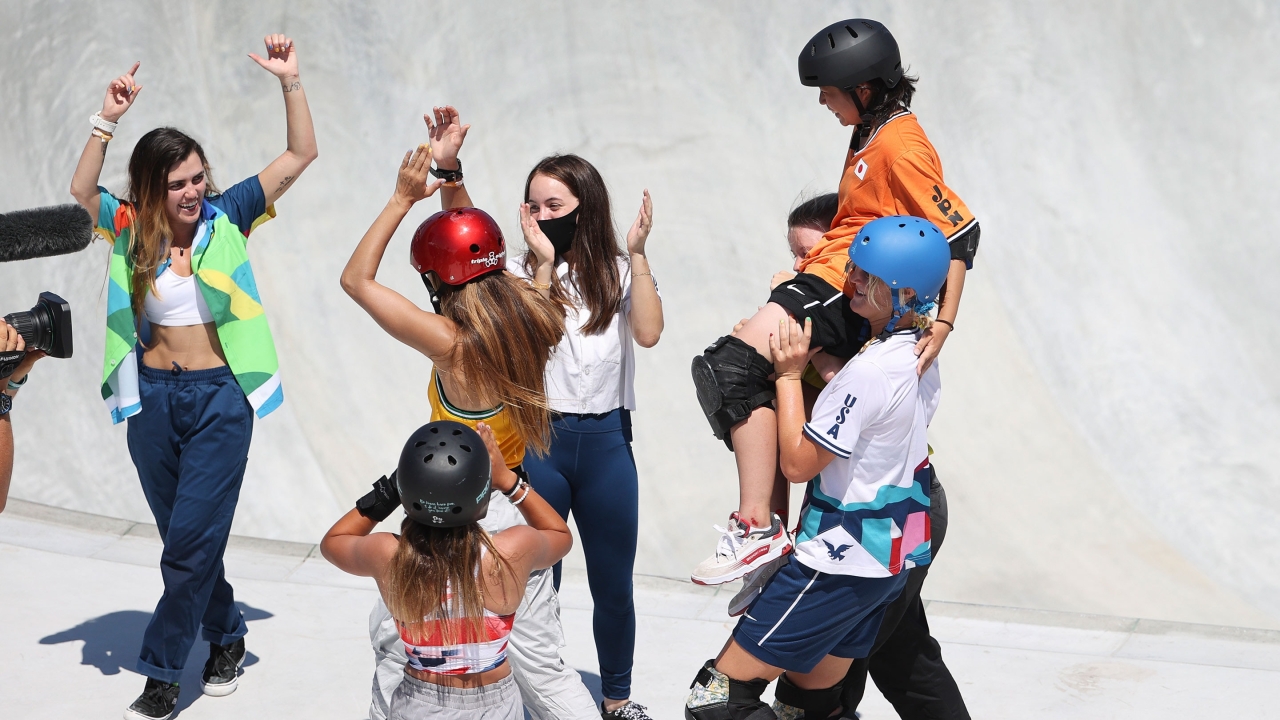 Seven skateboarders have collectively won the Tokyo 2020 Fair Play Award, for an extraordinary display of sporting spirit during the Olympic Games. Sakura Yosozumi and Kokona Hiraki of Japan, Brazilians Dora Varella and Yndiara Asp, Britain’s Sky Brown, Australian Poppy Olsen and Bryce Wettstein of the USA were conferred with the honour for lifting fellow skater Misugu Okamoto after a fall.

In the women’s skateboarding park finals in Tokyo, the reigning world champion, Okamoto, was skating for a medal during her final run, when she fell suddenly. Even as her hopes of standing on the podium were dashed, her fellow competitors consoled her, lifted her onto their shoulders and carried her off in an outstanding display of camaraderie, respect and friendship.

The seven skateboarders have been felicitated by the International Fair Play Committee (CIFP), which has recognised such acts of sportsmanship at the Olympic Games through the Fair Play Awards, ever since Beijing 2008.

IOC President Thomas Bach said: “Congratulations to the skateboard athletes. The fair play prize is well deserved. Sport teaches us to aspire for excellence in all our activities; living in peace, friendship, and solidarity with our neighbours; to respect ourselves and others and to live by the spirit of fair play in everything we do. Sport is about more than just competition. It is always about the values of sport and carrying these ideals into the world. This is what we have seen at the Olympic Games Tokyo 2020.”

Dozens of nominations were received from National Olympic Committees, International Federations, athletes and fans from around the world via the CIFP’s social media and digital channels. Following a shortlist of the nominations, an eminent jury chose the winners.

“There is no sport without fair play, and this was demonstrated in Tokyo as well,” said CIFP President Jeno Kamuti, himself a previous award-winner. “We are extremely pleased to have been able to again work and present, with the IOC, on this very important topic and award!”

The CIFP is an IOC-recognised organisation created in 1963 to promote the ideals of fair play on the sports field and beyond. Apart from the Fair Play awards, it promotes global educational initiatives aimed at young people.