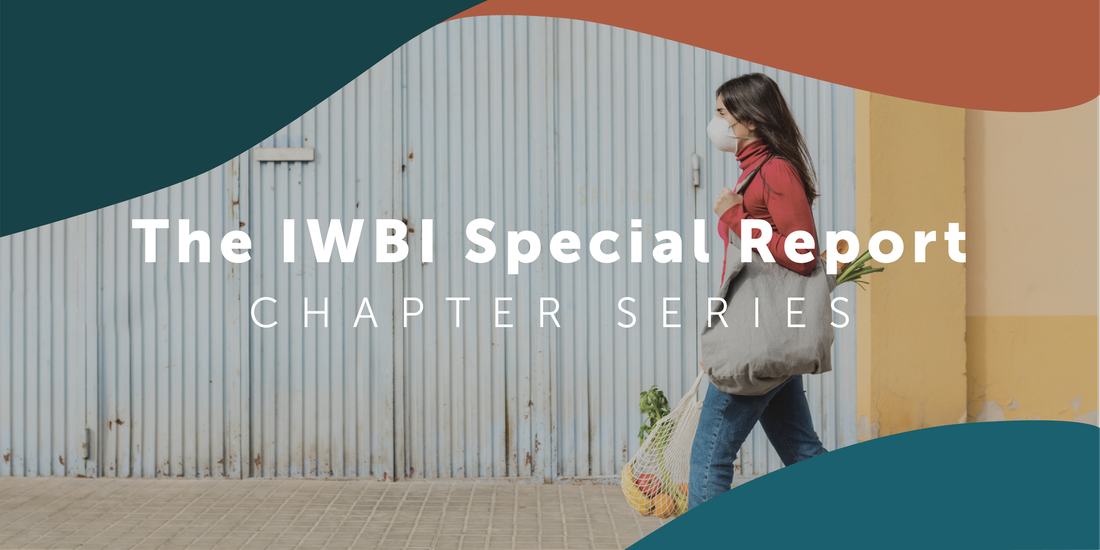 In September 2021, IWBI released an in-depth report that lays out research approaches and specific operational strategies as the world continues to respond to the COVID-19 pandemic and prepares for acute health threats into the future. Prevention and Preparedness, Resilience and Recovery: An IWBI Special Report integrates proven strategies from the WELL Building Standard (WELL) and actionable insights garnered from IWBI staff and nearly 600 members of the Task Force on COVID-19 and Other Respiratory Infections.

Over the next few months, we will repost a chapter from the report every week to help highlight specific themes and insights. The IWBI Special Report Chapter Series continues with “India: The Paradox of Success,” authored by Shalini Ramesh, PhD, WELL Faculty, Director, Commercial.

Excerpt republished from: Prevention and Preparedness, Resilience and Recovery: An IWBI Special Report

At the beginning of the pandemic, many public health experts feared that India’s ultra-high-density cities, high income inequality and comparatively low healthcare spending would likely create the perfect storm—that the disease would overwhelm the tightly packed cities, devastate economically vulnerable populations and collapse the healthcare system.

Yet for a while, it appeared that the massive uncontrollable outbreak that public health experts feared on the subcontinent would not emerge. Indian leaders put in place interventions that helped slow the spread of the disease and kept its health systems functioning. By early 2021, cases had fallen to just 10,000 per day—an extremely low number for a country with a population of 1.4 billion.

But as we’ve seen in countries across the world, success in controlling the pandemic can be ephemeral. Precautions soon eased—making way for new variants to come in and spread with incredible speed. By spring 2021, daily cases on the subcontinent topped 400,000, and tragic scenes unfolded across the country: patients dying as they waited outside overrun hospitals, people looting oxygen supplies in desperation, crematoriums never putting out their fires. The tragedy that experts had feared since the beginning of the pandemic had, a year later, come to pass.

Excerpt: Overcoming Preexisting Conditions
India is home to three of the world’s densest cities—including those occupying the No. 1 and No. 2 spots. This density makes it difficult for people to avoid disease by distancing themselves. India also has some of the world’s lowest healthcare spending as a percentage of GDP, spending less than half as much on healthcare as countries like Colombia, Korea and South Africa. As a result, the country has notably fewer medical professionals and hospital beds per capita than global averages.

Income inequality is also high in India, where the richest 1 percent control 53 percent of the wealth, while hundreds of millions of Indian citizens struggle to afford basic necessities. As we’ve seen all around the world, this kind of inequity (as well as inequalities along lines of gender, race, religion, sexual orientation and immigration status) creates the conditions for diseases to spread, leaving all citizens—not just the poorest—vulnerable…

Excerpt: The Paradox of Success
This optimism led to fewer people wearing masks and distancing—and low numbers seeking out COVID-19 vaccines, in spite of the fact that India is the world’s largest manufacturer of them. (Vaccine stockpiling by rich nations also reduced supply.) Then, in the spring, several large political and religious gatherings created the ideal conditions for the virus to spread. As new, more contagious variants arrived, the disease spread with a speed that shocked the world.

By early May 2021, as virus cases topped 400,000 each day, 18 million infections had been confirmed as India fully confronted the impact of the Delta variant. Though the rate of spread of infections eased off for a few weeks in early summer, August brought a worrying rise in cases…

Excerpt: Building a Better Future
Crises can—by necessity—lead to progress. And while the health of the Indian people continues to be at grave risk, there is reason to hope for the future: the pandemic is helping to reorient India’s rapid development toward creating spaces that promote human health. Even before the pandemic, there was momentum growing among developers in the country to create healthier, more sustainable buildings.13 The health crisis has significantly accelerated this momentum.

In the summer of 2020, the Indian real estate developer RMZ Group became the first organization globally to achieve the WELL Health-Safety Rating for Facility Operations and Management. To date, a total of 41 of their buildings—representing 17 million square feet of existing assets—have received the rating…

Conclusion
The losses from the COVID-19 pandemic will reverberate across the subcontinent for years: In lives lost and families that will never be the same. In chronic health issues. In millions who had been fighting their way out of poverty for years slipping back into its grasp.

Leaders in India and across the world must act swiftly to put as rapid an end to this crisis as possible. If they do, India will get the virus back under control. And as the country emerges from this crisis, it will face a significant opportunity: to show the world how countries can focus rapid development on improving human health and building a safer environment for all.

The International WELL Building Institute™ (IWBI™) is a public benefit corporation whose mission is to improve human health and well-being through the built environment. IWBI administers the WELL Building Standard™ (WELL) – a performance-based system for measuring, certifying, and monitoring features of buildings that impact the health and well-being of the people who live, work, and learn in them. IWBI was established pursuant to a Clinton Global Initiative commitment to improve the way people live by developing spaces that enhance occupant health and quality of life by sharing the WELL Building Standard globally. www.wellcertified.com