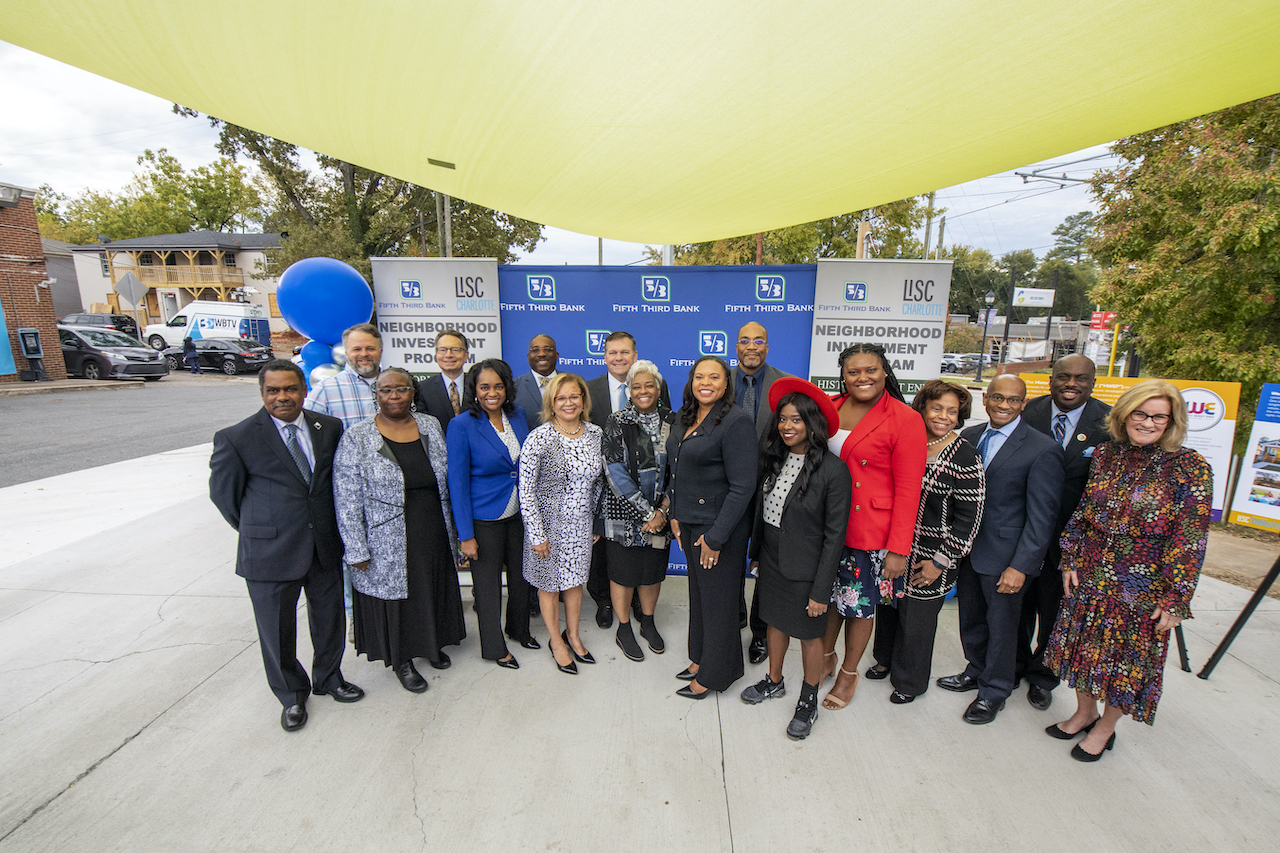 “This opportunity allows Fifth Third to invest in a unique way by taking a thoughtfully structured approach to solve existing real issues,” said Lee Fite, President, Mid-Atlantic Region, Fifth Third Bank. “This program is more than simply providing capital; it is about partnering directly with communities to make a lasting impact that benefits everyone. We are working to make a significant impact in the Historic West End by targeting investments in specific areas and collaborating with the neighborhood, its leaders and organizations like LISC Charlotte to drive lasting prosperity through tangible place-based methods.”

Fifth Third is collaborating on the initiative with Enterprise Community Partners, a national nonprofit that exists to make a good home possible for the millions of families without one. Together, they managed a criteria-based, invitation-only application process to select nine majority-Black neighborhoods that have seen a sustained period of disinvestment.  The Historic West End was one of the locations selected. Enterprise will provide technical assistance to support each neighborhood in developing and implementing a plan tailored to the unique challenges it faces. Enterprise will then assist with assessing the plan’s effectiveness at improving the economic well-being of residents and small locally owned businesses. Successful outcomes will include investments in small businesses, homeownership, and workforce development to create successful outcomes such as increased employment, economic stability, and growth.

“Locally, we have been working with LISC Charlotte and other community partners in the West End for several years and we see this is an opportunity to increase our commitment and expand those efforts,” said Joel Dancy, Mid-Atlantic Regional Community and Economic Development Manager, Fifth Third. “This is more than giving Bank dollars and programs to communities in need.  Through the Neighborhood Investment Program, we will look to the community for direction while providing them with strategic insight and support.”

Fifth Third intends to commit up to $20 million in lending, investments, and philanthropic support, including grants from the Fifth Third Foundation to the Historic West End. A combination of capital, products and services will be invested into small business, mortgages, and neighborhood revitalization loans and investments and philanthropic efforts.

The Historic West End was invited to apply for the program based on its ability to meet specific criteria, including collaborating with the neighborhood’s Black residents, existing civic infrastructure in the neighborhood and its capability to manage equitable investment and wealth-building opportunities. The program’s funds will cultivate investments and resources from additional stakeholders to support the economic mobility of low-to moderate-income residents in the target neighborhoods.

Ralphine Caldwell, executive director of LISC Charlotte, which partners with local organizations on a range of programs and investments, said her organization will use the funds to initiate several segments in a collaborative community plan. These segments include:

“We are thrilled to receive an award that will benefit the Historic West End corridor,” said Caldwell. “Our neighborhood partners are already doing incredible work in their respective areas. Lifting their current efforts to new heights will continue to drive change – and create the opportunity for the stabilization and revitalization of the community to incorporate the vision of its residents.”

Enterprise is a national nonprofit that exists to make​ a good home possible for the millions of families without one. We support community development organizations on the ground, aggregate and invest capital for impact, advance housing policy at every level of government, and build and manage communities ourselves. Since 1982, we have invested $44 billion and created 781,000 homes across all 50 states – all to make home and community places of pride, power and belonging. Join us at EnterpriseCommunity.org. ​

Fifth Third Bancorp is a diversified financial services company headquartered in Cincinnati, Ohio, and the indirect parent company of Fifth Third Bank, National Association, a federally chartered institution. As of June 30, 2021, the Company had $205 billion in assets and operates 1,096 full-service Banking Centers, and 2,369 Fifth Third branded ATMs in Ohio, Kentucky, Indiana, Michigan, Illinois, Florida, Tennessee, West Virginia, Georgia, North Carolina, and South Carolina. In total, Fifth Third provides its customers with access to approximately 53,000 fee-free ATMs across the United States. Fifth Third operates four main businesses: Commercial Banking, Branch Banking, Consumer Lending, and Wealth & Asset Management. Fifth Third is among the largest money managers in the Midwest and, as of June 30, 2021, had $483 billion in assets under care, of which it managed $61 billion for individuals, corporations and not-for-profit organizations through its Trust and Registered Investment Advisory businesses. Investor information and press releases can be viewed at www.53.com. Fifth Third’s common stock is traded on the NASDAQ® Global Select Market under the symbol “FITB.”