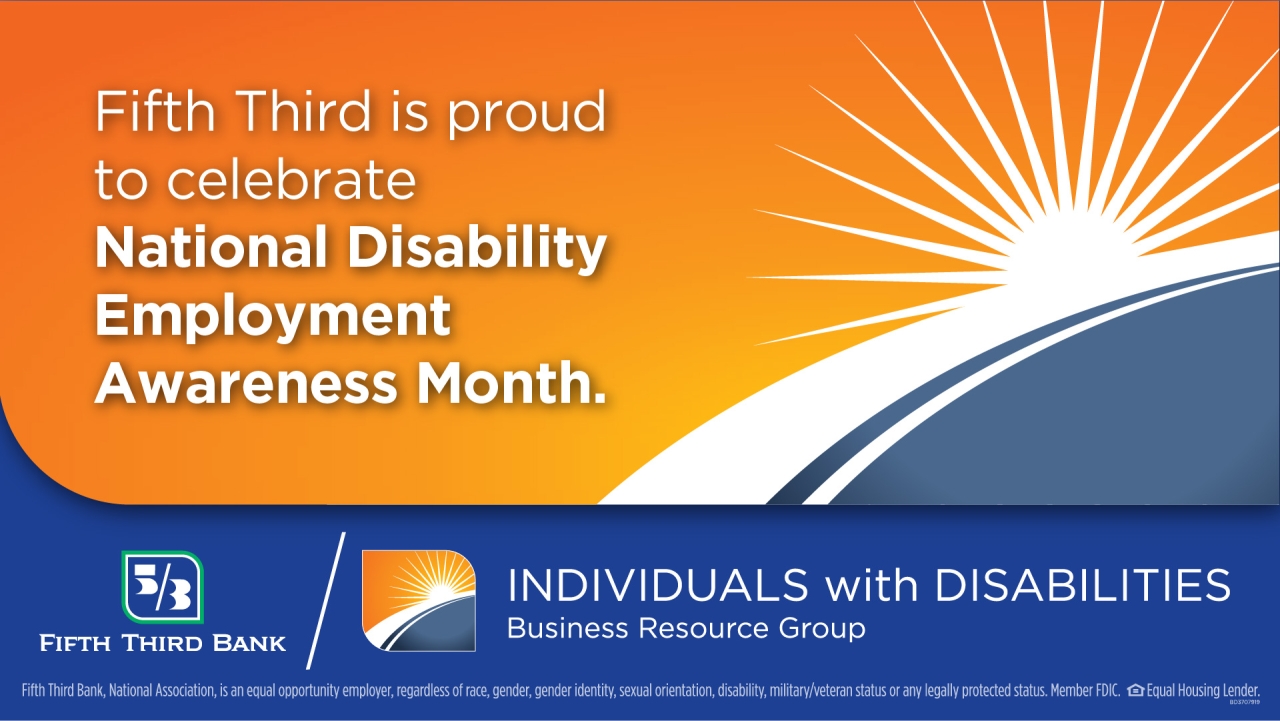 According to the US Department of Labor, the 2021 theme for National Disability Employment Awareness Month is, “America's Recovery: Powered by Inclusion.” As Americans recognize the many and varied contributions of people with disabilities to America’s workplaces and economy, leaders at Fifth Third Bank are celebrating 17 years of Project SEARCH, a transition-to-work program for people with disabilities, and hosting a variety of activities to honor the month.

“Employment has always been the cornerstone of the Bank’s commitment to Project SEARCH,” said Mitch Morgan, senior manager of inclusion and diversity at Fifth Third. “We recognized early on the positive contributions that people with disabilities make in the workforce, from the day-to-day functions of their jobs to the loyalty they bring to the organization.”

Project SEARCH operates at more than 625 sites worldwide. Last year alone, more than 4,400 students with intellectual and developmental disabilities received employability and job skills training, and, even in the face of a public health disaster, more than 2,100 of those achieved competitive employment in their communities.

At the 2021 annual Project SEARCH virtual conference, for which Fifth Third was the presenting sponsor, Project SEARCH recognized 107 program sites for achieving more than 70% employment outcomes in 2020.

“Even though we found ourselves in unusual circumstances due to the pandemic, Fifth Third Project SEARCH students forged ahead. We adapted so the students would still be able to build marketable skills that would help them compete for gainful employment,” Morgan said. “We are proud to partner with Project SEARCH and its partners and celebrate their resourcefulness and perseverance in these challenging times.”

In addition to serving as a Project SEARCH site, Fifth Third continues to be a leader in building pathways to employment for people with disabilities. In the second year of completing the Disability Equality Index, the Bank earned a score of 100 out of 100. The index is a benchmarking tool that offers U.S. businesses the opportunity to report on their disability inclusion policies and practices. It was developed by two national leaders, American Association of People with Disabilities and Disability:IN, in consultation with the appointed DEI Advisory Committee, a diverse group of experts in business, policy and disability advocacy.

This year, the IWD groups are engaging in the following activities: