The Value of Perseverance: Why Rocky Starts Can Make Us Stronger

Dr. Moogega Cooper, planetary protection engineer for the Mars 2020 Mission, gives her take on what it means to fail. And it's a lesson worth remembering.

The Value of Perseverance: Why Rocky Starts Can Make Us Stronger

Dr. Moogega Cooper, planetary protection engineer for the Mars 2020 Mission, gives her take on what it means to fail. And it's a lesson worth remembering. 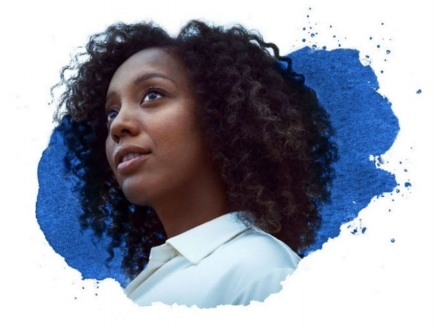 Like many, I watched on eagerly on Aug. 6 as a curious six-wheeled vehicle smaller than the average hatchback trundled almost silently on the surface of an ancient lakebed on Mars.

NASA’s Perseverance Rover was there to perform something that had never been achieved before. It was drilling, extracting and storing rock samples that promise to transform what we understand about Mars—and perhaps even discover evidence of ancient Martian life.

As NASA’s mission team watched on from 396 million kilometers away, the Rover deployed its painstakingly designed drilling apparatus into a promising rock.

But when the bore was examined, it was empty. The rock sample had disintegrated into dust.

At VMworld 2021, I had the pleasure of talking to the inspiring Dr. Moogega Cooper, the lead of planetary protection for the Mars 2020 Mission.  Her take on what it means to fail is one worth remembering.

The NASA team had tested its drilling system hundreds of times on Earth and thought they knew every single scenario.

Dr. Cooper told me that after the initial disappointment, the mission team quickly refocused and treated the incident as an opportunity to gain new insight. We learn so much from failure, she says. Failure allows us to grow, driving deeper understanding and, ultimately, innovation.

I’d add that a shared experience of failure also helps bond teams together, making them stronger and more capable.

During an enlightening conversation, Dr. Cooper and I also discussed another crucial aspect of strong teams:  the ability to give and receive frank, fearless feedback.

As the lead planetary protection engineer (surely one of the best job titles on Earth), she’s responsible for ensuring that missions we send to Mars don’t contaminate the environment with Earth-borne life and strictly controls what comes back from Mars, too.

It’s a high-stakes mission in an environment that doesn’t forgive mistakes. The mission team’s work must therefore be close to perfect.

Achieving this means creating a culture of unflinching feedback, Dr. Cooper said. It means expecting that every time you propose an idea, your peers will stress-test it from every angle, looking for flaws and weaknesses.

NASA’s mission team thrives in this culture of critical feedback by staying focused on a common goal.

“That common goal may vary from company to company, but it's essentially something to the flavor of mission success,” she said. “And so, if somebody is coming at you with a critical opinion, you have to remind yourself that we all want to get this spacecraft to the launch pad and operating successfully. It takes a little bit of putting your ego to the side and really focusing on that goal.”

The best way for anyone to succeed, Dr. Cooper said, is to surround yourself with people who have your best interests at heart. This doesn’t mean telling you that you’re right all the time. But instead, telling you what you need to hear.

One of the most encouraging aspects of my discussion with Dr. Cooper was understanding more about the diverse mission team behind the Mars expedition.

The lack of diversity in many STEM sectors has been a focus of many people, including myself, for many years. So, I celebrate a STEM team at the absolute pinnacle of its field leading by example.

When I was at university studying electrical engineering, just six of my 130 classmates were women. While large, sustained efforts are still needed to get more women into STEM, we’re seeing plenty of bright spots.

In India, for example, 45% of STEM graduates are now women. But, as Dr. Cooper said, having a seat at the table is one thing. Having a voice is something else entirely.

“As we were working towards this mission, I was so pleasantly surprised when I would look around the room and there were many women in positions of power,” she said. “That’s an element that inspires and changes. When you can commit to having people in leadership positions, that’s when you can see real changes are going to be made.”

The Value of Perseverance

While Martian rocks may seem a long way from our everyday lives, missions like Perseverance are almost certain to have a big impact on tech you and I use every day. GPS, mobile phone cameras, CAT scans and even the humble computer mouse all have their origin in our efforts to better understand the cosmos.

As we celebrate International Space Week, it’s important to acknowledge an amazing year in space exploration. I, for one, am excited to see what trickles out of today’s efforts to explore other planets.

And it’s worth mentioning that exactly one month after Perseverance failed in its first attempt to extract and store a Martian rock sample, it tried again. This time, the process worked beautifully. Perseverance, indeed.