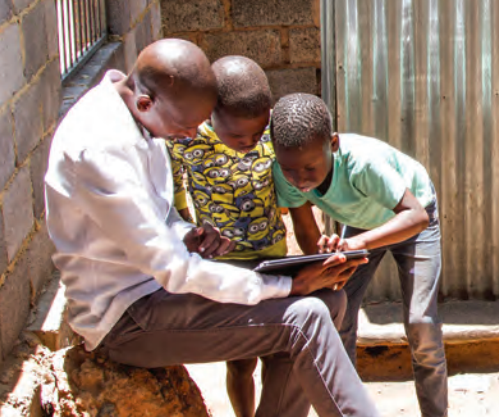 Great strides have been made in the fight against HIV and AIDS globally. This is especially true in South Africa, which has the world’s largest HIV treatment program. However, largely due to social and structural barriers, children and adolescents are still being left behind. The KidzAlive Mobilized program aims to help fill the gap. Using wireless technologies, the program trains healthcare workers and empowers HIV-exposed and -infected children and adolescents, and their primary caregivers, to overcome barriers that prevent children from receiving HIV testing and treatment and to set them on the path to a healthy future.