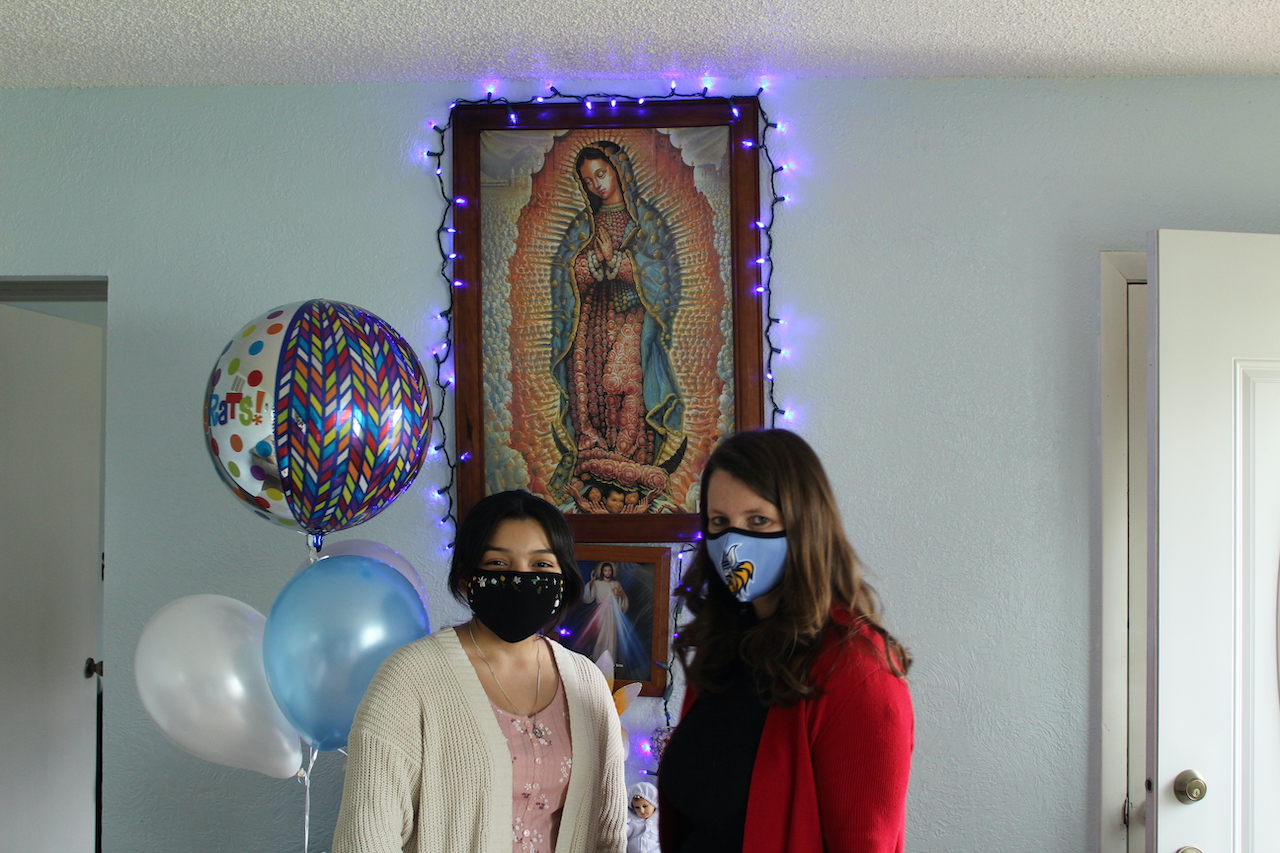 Fifth Third Bank and EVERFI celebrated the students of Guilford High School in Rockford, Illinois, on May 25, 2021. The two companies recognized the progress and success of 388 Guilford students who took Fifth Third Finance Academy courses. At the event, Fifth Third Bank Chicago Regional President Mark Hoppe announced the first winner of the Fifth Third Spring Scholarship contest, for which there were over 1,600 entries. The winner of the $2,500 scholarship was Kenia Castaneda-Benavides, pictured with her teacher, Ms. Gahan, who directs Fifth Third Finance Academy courses at the school.