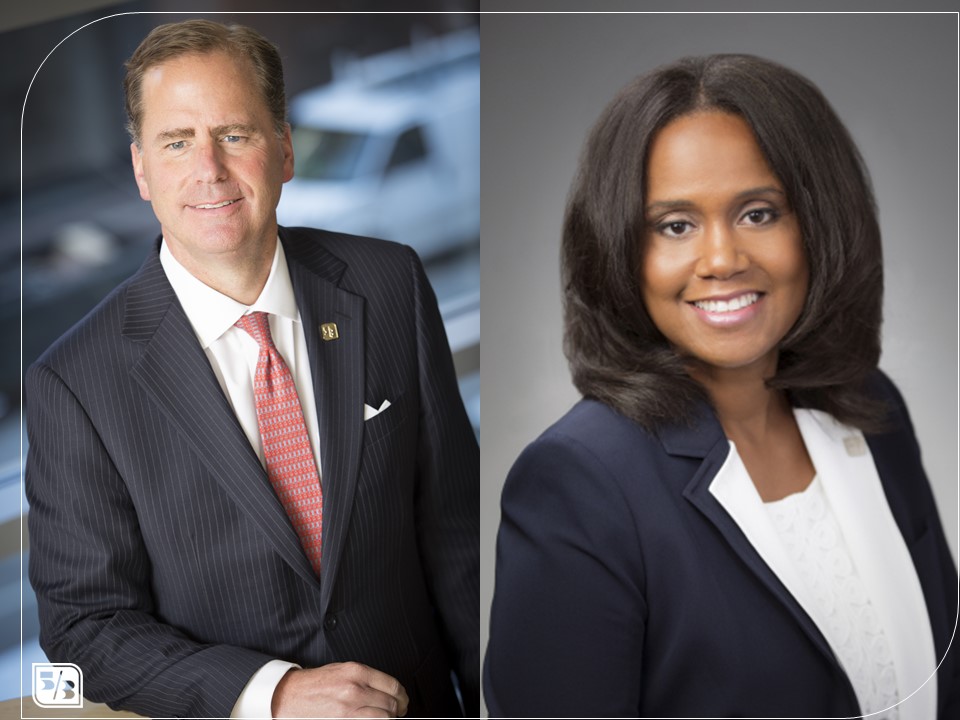 Feeding America®, the nation’s largest domestic hunger-relief organization which has a network of 200 food banks across the country, projects that 42 million people, including 13 million children, may experience food insecurity in 2021. Many individuals most affected by the pandemic were food insecure or at risk of food insecurity before COVID-19 and are facing greater hardship since COVID-19.

“As an organization, we are committed to improving lives and making an impact in the communities we serve beyond what we do for them on a financial basis,” said Lars Anderson, vice chairman of strategic growth initiatives and Fifth Third Day corporate champion. “We’ve identified hunger as an issue that we want to play a role in finding a solution for, and we are extremely proud of our employees and customers for working together to donate more than 4.6 million meals to those who are in need.”

“Providing food to people, especially during a time when so many are in distress, aligns with our belief that we can improve the lives of customers and the well-being of our communities,” said Stefanie Steward-Young, Fifth Third’s chief corporate social responsibility officer.

In Greater Cincinnati, employees wrote letters of encouragement to Meals on Wheels Southwest Ohio and Northern Kentucky clients. Employees in other parts of the region also participated in a monthlong drive to collect nonperishable food at the Bank’s Madisonville campus and in events with the Children’s Home and Madisonville Education and Assistance Center. The virtual volunteerism efforts and donations raised more than 167,000 meals for the area.

“The COVID-19 pandemic only worsened the hunger, loneliness and isolation that too many seniors in our community experience. The support of caring volunteers, virtually or in person, during a crisis that has affected seniors so deeply is truly a lifeline,” said Jennifer Steele, chief executive officer of Meals on Wheels Southwest OH & Northern KY. “As life begins to return to some semblance of normal, seniors are counting on us and our volunteer partners to provide nutritious meals, human connection and support now more than ever.”

Since 1991, Fifth Third has used May 3, or as the Bank refers to it, Fifth Third Day, to recognize the contribution of its employees, to thank its valued customers and to support the community. Beginning in 2012, Fifth Third has worked to eradicate hunger through its efforts to feed our communities. This Bank initiative is part of Fifth Third’s environmental, social and governance strategy aligned to the United Nations Sustainable Development Goal No. 2, Zero Hunger. For more information, see un.org/sustainabledevelopment/sustainable-development-goals.

This year, Fifth Third partnered with organizations across its footprint to provide virtual employee volunteer opportunities. Each region identified needs in its communities and designed volunteer efforts to support them. Some examples include:

Fifth Third’s Feeding Our Communities initiative is part of the Bank’s work to improve lives. For more on Fifth Third’s environmental, social and governance efforts, read our ESG report.

About Fifth Third
Fifth Third Bancorp is a diversified financial services company headquartered in Cincinnati, Ohio, and the indirect parent company of Fifth Third Bank, National Association, a federally chartered institution. As of March 31, 2021, Fifth Third had $207 billion in assets and operated 1,098 full-service banking centers and 2,383 ATMs with Fifth Third branding in Ohio, Kentucky, Indiana, Michigan, Illinois, Florida, Tennessee, West Virginia, Georgia, North Carolina and South Carolina. In total, Fifth Third provides its customers with access to approximately 53,000 fee-free ATMs across the United States. Fifth Third operates four main businesses: Commercial Banking, Branch Banking, Consumer Lending and Wealth & Asset Management. Fifth Third is among the largest money managers in the Midwest and, as of March 31, 2021, had $464 billion in assets under care, of which it managed $58 billion for individuals, corporations and not-for-profit organizations through its Trust and Registered Investment Advisory businesses. Investor information and press releases can be viewed at www.53.com. Fifth Third’s common stock is traded on the Nasdaq® Global Select Market under the symbol “FITB.” Fifth Third Bank was established in 1858. Deposit and Credit products are offered by Fifth Third Bank, National Association. Member FDIC.