The postponed 2020 Global Final will go virtual this year as emphasis is shifted towards helping the finalists and wider bar industry recover from a hugely challenging year.

The postponed 2020 Global Final will go virtual this year as emphasis is shifted towards helping the finalists and wider bar industry recover from a hugely challenging year. 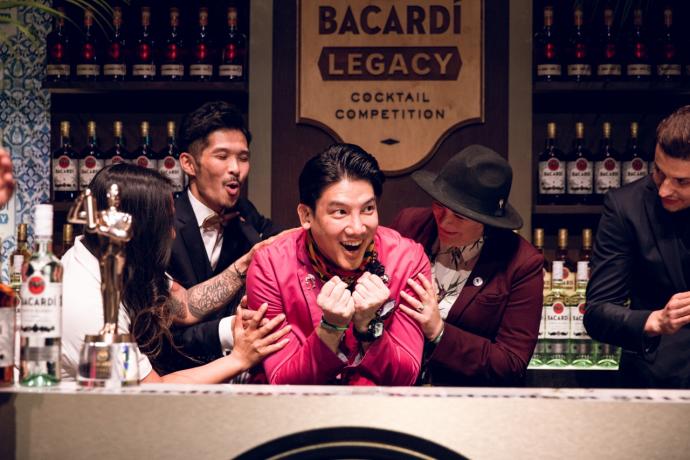 HAMILTON, Bermuda, March 25 2021 /CSRwire/ – Bacardi is delighted to announce that it will re-work the format of the postponed 2020 BACARDÍ Legacy Global Final to offer all competitors the opportunity to secure a US$5,000 grant, in addition to competing for the global title in a virtual final in June. The grant will fund each competitor’s time to devise and develop a project or enterprise that supports the industry’s recovery, following the huge impact that the pandemic has had across the bartending world.

The El Coco grants - named after the iconic palm tree planted outside the first Bacardi distillery in Cuba that came to symbolise strength and resilience - will be paid directly to each of the 2020 global finalists upon receipt of their project idea in order to ‘seed’ their initiative and allow it to grow. The competitors will also then be invited to bring their original ‘Legacy’ cocktail to the world and compete for the global title in a virtual competition to be live-streamed, with the winner announced on 30th June.

“We are happy to confirm that our amazing competitors from 2020 will finally have their opportunity to compete for the title, and I’m so proud that the BACARDÍ Legacy Gran Familia will be putting its arms around them and some real support behind them this year as they persist in an industry that has suffered great challenges,” said Dickie Cullimore, Global Brand Ambassador, BACARDÍ rum. “It really felt like we needed to do something that offers them a real and immediate boost and also a springboard towards the recovery our creative and resilient industry will surely achieve. We have all missed BACARDÍ Legacy this last year, but we can’t wait to bring the Gran Familia together again virtually in 2021 for an incredible week of education, friendship great cocktails and competition.”

The BACARDÍ Legacy Cocktail Competition is one of the world’s largest cocktail competitions and receives thousands of entries each year. As finalists prepared to bring their original BACARDÍ Legacy cocktails to the world in Miami last May, the week-long event could not go ahead due the COVID-19 pandemic which has seen the hospitality industry largely shuttered in many areas across the globe. Bacardi has maintained since announcing the postponement their intention to reschedule the event and enable all involved to showcase their hard work and talent on a global stage. In delivering this promise with the addition of the El Coco bartender grants, Bacardi hopes to offer real financial support to the competitors who have worked so hard to develop and promote their unique Legacy cocktails, while also helping them to germinate innovations and solutions to boost their careers and the hospitality industry as it looks to recover from the troubled past year. A coconut palm was planted in front of the first Bacardi distillery in Santiago de Cuba. Affectionately known as El Coco, the palm became a symbol to the Bacardí family and company. Withstanding a distillery fire, five earthquakes and countless hurricanes, El Coco symbolizes strength and resilience and a single palm is planted outside each Bacardi distillery today. Photo: 1880, original Bacardi building

About the BACARDÍ Legacy Cocktail Competition

The BACARDÍ Legacy Cocktail Competition is one of the world’s largest cocktail competitions and attracts thousands of entries from around the world. BACARDÍ Legacy was founded in 2008 to challenge the great bartenders of the modern era to create a cocktail that will stand the test of time, to stand alongside drinks such as the Original BACARDÍ Mojito, the Original BACARDÍ Daiquirí and the BACARDÍ Old Cuban.

Competitors are invited to create an original BACARDÍ rum drink, using no more than six ingredients and compete through the national final rounds. The Global Finals offer a unique opportunity for education and competition, welcoming bartenders to learn from some of the true legends of the bartending world and join the BACARDÍ ‘Gran Familia.’

BACARDÍ offers year-long support for the global winner to further their career by creating experiences tailored to meet their goals – providing them with opportunities to travel, work with the industry’s best and serve their winning ‘Legacy’ cocktail at some of the finest bars in the world.

About BACARDÍ Rum - The World's Most Awarded Rum

In 1862, in the city of Santiago de Cuba, founder Don Facundo Bacardí Massó revolutionized the spirits industry when he created a light-bodied rum with a particularly smooth taste - BACARDÍ. The unique taste of BACARDÍ rum inspired cocktail pioneers to invent some of the world's most famous recipes including the BACARDÍ Mojito, the BACARDÍ Daiquirí, the BACARDÍ Cuba Libre, the BACARDÍ Piña Colada and the BACARDÍ Presidente. BACARDÍ rum is the world's most awarded rum, with more than 900 awards for quality, taste and innovation. Today, BACARDÍ rum is made mainly in Puerto Rico where it is crafted to ensure the taste remains the same today as it did when it was first blended in 1862. http://www.bacardi.com

The BACARDÍ® brand is part of the portfolio of Bacardi Limited, headquartered in Hamilton, Bermuda. Bacardi Limited refers to the Bacardi group of companies, including Bacardi International Limited.

BACARDÍ AND THE BAT DEVICE ARE TRADEMARKS OF BACARDI & COMPANY LIMITED