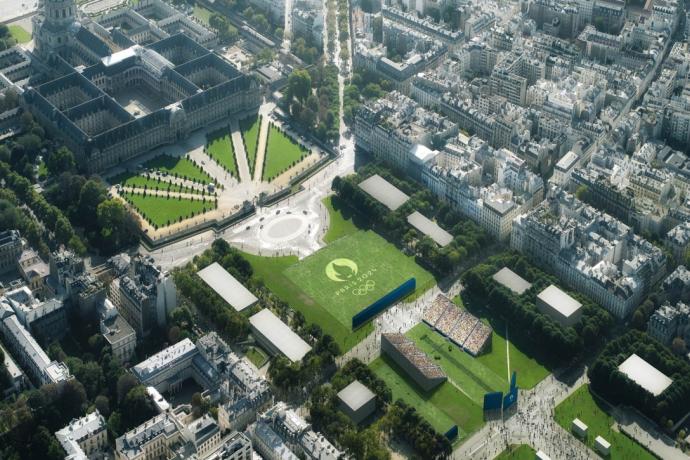 The Paris 2024 Board of Directors has approved the Games’ climate strategy, which commits Paris 2024 to organising the world’s first Olympic and Paralympic Games with a positive contribution to the climate.

“Paris 2024 is pioneering a new model for Olympic Games delivery, fully aligned with Olympic Agenda 2020,” said IOC President Thomas Bach. “The IOC is particularly excited to see that Paris 2024 is aiming to organise climate-positive Games already in 2024, in this way setting the pace for future organisers.”

As part of the strategy, Paris 2024 will reduce its CO2 emissions, in line with the Paris Agreement on Climate Change, offset more than its residual emissions and use its influence to develop long-term carbon compensation projects. The strategy is based on three pillars: reduction of greenhouse gas emissions, support for projects with a positive climate contribution, and mobilisation of stakeholders to maximise long-term positive impact.

Paris 2024’s primary objective is to prevent and reduce greenhouse gas emissions linked to the event. This will be achieved through a cost-effective and compact venue concept (95 per cent of Paris 2024 venues are existing or temporary), the use of low-carbon solutions for all activities within the venues, the use of renewable energy for all venues, a sustainable catering plan, a responsible digital plan, the use of low-carbon temporary equipment, and a reliance on circular economy principles.

In total, Paris 2024 will reduce emissions linked to the event by 50 per cent compared to previous editions of the Games.

As part of its climate strategy, Paris 2024 is considering the broadest possible scope of emissions – including the transportation of international spectators – and is committed to offsetting all the emissions that it cannot avoid. This will be done by supporting CO2 avoidance and capture projects on all five continents, such as projects to conserve and restore forests and oceans, which are powerful “carbon sinks”; and projects that avoid negative impacts on the climate, for example by providing better cook stoves to populations dependent on rudimentary cooking tools. The first offsetting projects will be confirmed this year.

In addition, Paris 2024 will offset more emissions than it will create by contributing to the development of local projects which help address climate change and provide other benefits such as protecting biodiversity or improving citizens’ quality of life.

To achieve this, Paris 2024 will mobilise all of its stakeholders, relying particularly on the City of Paris and the Ile-de-France region, which are developing their own local offset programmes. The first co-construction workshops will take place this week.

Paris 2024 is committed to ensuring that the Games serve as a platform to accelerate climate action on a local level and will share tools and methodologies to guide all stakeholders in reducing their own CO2 emissions.

Together with the IOC, Paris 2024 is also working internationally with the UN as part of the Sports for Climate Action Framework to raise awareness and incite action among the global sports community. Paris 2024, as a signatory of the charter of 15 environmentally responsible commitments of the French Ministry of Sport and World Wide Fund for Nature (WWF), will bring together and engage with all sports stakeholders in France.

Niclas Svenningsen, UN Climate Change Manager for Global Climate Action, said: “Through its new climate action strategy, Paris 2024 is sending a strong signal to the world about the importance of ambitious and inclusive climate action. It is a signal of leadership that the city, where the Paris Agreement on Climate Change was adopted in 2015, is now also hosting the first ever climate-positive Olympic Games. If we are to reach the goals of the Paris Agreement and avoid the worst impact of climate change, we have only 10 years left to reduce global emissions by 50 per cent. Today, the Paris 2024 Board of Directors has shown that the spirit from 2015 is still alive and well: we must, we can and we will be successful in the fight against climate change. We welcome this announcement and congratulate Paris 2024!”