Nornickel Cuts Emissions at Kola Peninsula by 85% in 2021

Nornickel Cuts Emissions at Kola Peninsula by 85% in 2021 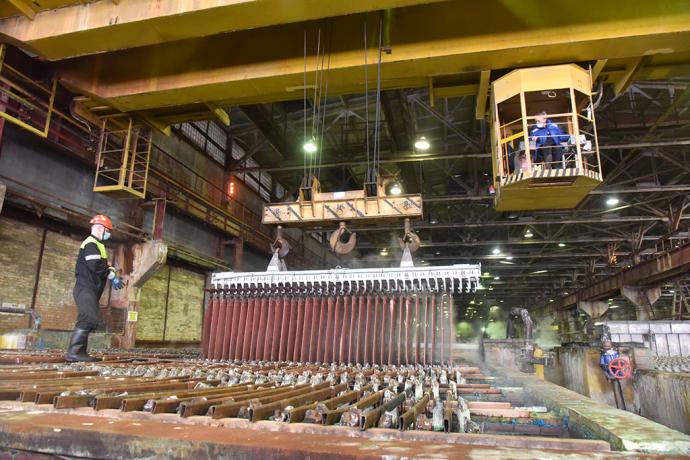 MOSCOW, March 22, 2021 /CSRwire/ — PJSC MMC Norilsk Nickel, the world’s largest producer of palladium and high grade nickel and a major producer of platinum and copper, has shut down its metallurgical shop at Kola MMC in Monchegorsk. The shop was shut down on March 20th 2021. It was previously a major source of sulphur dioxide emissions at Kola MMC’s Monchegorsk site.

In early March, the shop stopped pyrometallurgical operations: the furnaces and converters were shut down and sulphur dioxide emissions ceased. Nornickel took another step towards higher efficiency and greener operations. In the future, all the concentrate that was processed in the shop will go to go to the Norilsk Division and turn into finished products. For this purpose, the concentrate shipment unit of the Kola MMC refining shop will be used.

“The results of the company’s efforts to reduce the environmental impact are evident: next year, we expect Kola MMC’s emissions to be 22,000 tonnes per year, of which 8,000-9,000 depending on the season are emissions from the power plant, which also heats homes in Monchegorsk,” said Evgeny Borzenko, General Director of Kola MMC. — We plan to upgrade the power plant in order to reduce emissions from this energy source as well. In the future we will act to reduce the negative environmental impacts: air emissions, discharges into the water bodies, land reclamation, waste management".

Nornickel plans to construct a new copper refining facility in Monchegorsk. The new facility will be able to produce up to 150 ktpa of copper, which is double the capacity of the closed shop. The plant will use the state-of-the-art roasting-leaching-electroextraction technology, observing the highest environmental standards. There will be a high level of mechanisation, automation, with a much smaller proportion of manual labour than in the closed shop.

The closure of the metallurgical shop will affect about 700 employees of Kola MMC and Pechengastroy. To provide social support to the employees, the company is implementing a targeted programme worth over 800 mln RUB. It includes personnel recruitment, training and adaptation.

Two thirds of the employees at the workshop have decided to continue working for the company and have been offered new jobs, training and employment with the same salary for at least one year. Those employees, whose new jobs are outside of Monchegorsk, will be entitled to relocation and housing allowances. For those who have decided to terminate their employment, will receive cash payments.

MMC Norilsk Nickel is a diversified mining and metallurgical company, the world’s largest producer of palladium and high-grade nickel and a major producer of platinum and copper. The company also produces cobalt, rhodium, silver, gold, iridium, ruthenium, selenium, tellurium, sulphur and other products.

The production units of Norilsk Nickel Group are located at the Norilsk Industrial District, on the Kola Peninsula and Zabaykalsky Krai in Russia as well as in Finland and South Africa.