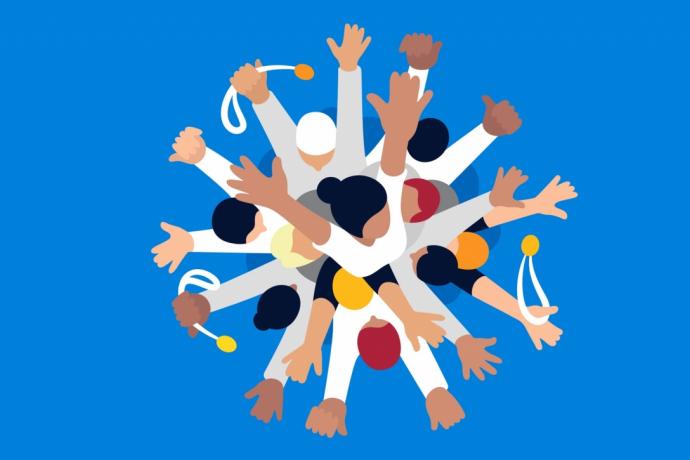 TWENTY-FIVE YOUNG LEADERS HAVE BEEN SELECTED BY THE IOC AS PART OF A FOUR-YEAR PROGRAMME SUPPORTED BY WORLDWIDE OLYMPIC PARTNER PANASONIC. COMING FROM 25 COUNTRIES AND FIVE CONTINENTS, THESE FUTURE LEADERS WILL BUILD SUSTAINABLE, SPORT-FOCUSED SOCIAL BUSINESSES FROM IDEATION TO FRUITION, SUPPORTED BY WEEKLY LEARNING MODULES AND LEADERSHIP OPPORTUNITIES.

February 3, 2021 /CSRwire/ - Today, the International Olympic Committee (IOC) announced the selection of 25 new IOC Young Leaders who will leverage the power of sport to make a positive difference in their communities. This fifth generation of IOC Young Leaders will benefit from an enhanced version of the programme, which moves from an annual to a four-year model, and will provide the Young Leaders with additional tools and expertise that they will need to become successful social entrepreneurs and make a positive impact through sport.

Starting in February, the programme aims to empower the new pool of talents to develop their own social business as a localised sport-based solution to a pressing challenge in their respective communities. The participants will receive a total of CHF10,000 seed-funding over the four years, and will be supported by weekly learning modules and leadership opportunities.

As ambassadors of Olympism, the IOC Young Leaders will also play active roles in advising the IOC and the wider Olympic Movement on specific topics, while promoting the Games and Olympic values worldwide.

“All of us in the Olympic community share the mission to make the world a better place through sport. The IOC Young Leaders programme is empowering young people from around the world to put this mission in their communities into action,” said IOC President Thomas Bach. “Thanks to our Olympic Partner Panasonic, we are able to build on the success of the first three editions of the programme and to expand it even further. With a sharp focus on building sustainable sport-based social businesses, 25 young people will be given unique opportunities.”

“In this Olympic spirit, I would like to welcome the new class of IOC Young Leaders, who have already impressed us with their energy and motivation. I look forward to meeting each of them and learning about their ideas on how to bring about positive change in their communities in and through sport,” President Bach added.

The final 25 candidates were selected from amongst 350 applicants, all with a background in or a clear passion for sport. The list of selected 25 Young Leaders is balanced in terms of universality and diversity, with 13 female and 12 male candidates, from 25 countries across 5 continents, and includes countries that have not yet been represented in the programme.

You can find the list of the 25 new IOC Young Leaders here.

Launched in 2016, the IOC Young Leaders programme empowers young people to leverage the power of sport to make a positive difference in their communities. So far, with the support of seed-funding from the IOC and a network of mentors, these inspiring young people have delivered over 116 sport-led projects in communities across the globe, promoting themes such as education, social inclusion, sustainability and well-being, and directly benefitting more than 30,000 people.

Previously known as the IOC Young Change-Makers programme, the initiative was renamed in 2019 to reflect the increasingly important role these young people are playing at the heart of the Olympic Movement, with the Young Leaders also attending international events and conferences to spread the message that sport can be used for good across society, as well as serving as IOC commission members.

Find out more about the IOC Young Leaders programme here.

Worldwide Olympic Partner Panasonic has supported the IOC Young Leaders programme since 2017, and continues to do so by providing additional funding to be used as grants, and audio-visual equipment, and by producing impactful storytelling films promoting the programme and the Young Leaders themselves.

Find out more about Panasonic’s support for the programme .

The International Olympic Committee is a not-for-profit, civil, non-governmental, international organisation made up of volunteers which is committed to building a better world through sport. It redistributes more than 90 per cent of its income to the wider sporting movement, which means that every day the equivalent of USD 3.4 million goes to help athletes and sports organisations at all levels around the world.