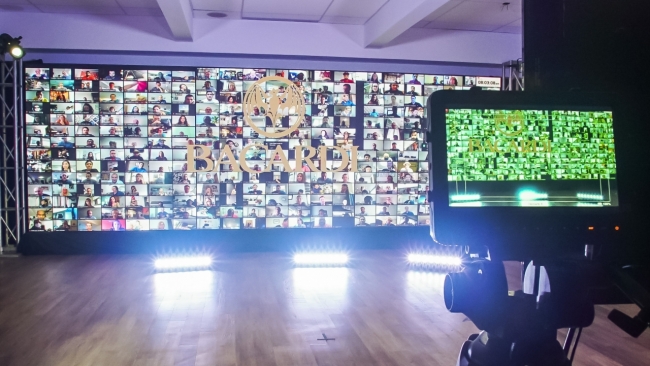 Making history with a cocktail is nothing new to family-owned Bacardi Limited, the world’s largest privately held spirits’ company. The latest milestone is setting a GUINNESS WORLD RECORDS title with an iconic cocktail and marking the win with a call to action to support the bar hospitality industry that has been so severely impacted by COVID-19.  Teams at family-owned Bacardi came together virtually across the world – from Bermuda to Mexico to Spain to South Africa to Australia and everywhere in between to raise a glass in celebration of the 120th anniversary of the BACARDÍ Cuba Libre. Bacardi employees turned this historic date into an even bigger moment by earning the GUINNESS WORLD RECORDS title for most people toasting online simultaneously.

Following the recognition, Bacardi Limited and BACARDÍ rum have launched a social campaign asking fans to send their virtual cheers to Bacardi via Instagram. The organization is pledging donation to Another Round Another Rally, a nonprofit financial resource for the hospitality industry, on behalf of participants. Legal drinking age fans and supporters are invited to create a BACARDÍ Cuba Libre cocktail and post their virtual cheers on Instagram stories with the hashtag #WorldRecordCheers. The campaign runs through October 1-8, 2020, and is currently featured on @BacardiLimited1862 and @BacardiUSA.

Bacardi first rallied to aid the bar and restaurant workers at the start of the pandemic. In March, the company pledged $4 Million globally to provide financial aid and other relief to support bars and restaurants debilitated by the COVID-19 shutdown, under the #RaiseYourSpirits initiative.

Virtual meetings and happy hours alike have become the norm for Bacardi, where a family culture prevails, and teams are encouraged to stay closely connected while offices are closed, and travel remains on hold.

“We are like family at Bacardi and have nurtured a real culture of celebrating each other and caring for the wider community. It was heart-warming to see us come together to raise a glass and celebrate a key moment in our history, and then turn that into an even bigger milestone,” says Scott Northcutt, Bacardi Senior Vice President – Human Resources. “The GUINNESS WORLD RECORDS® title is a symbol of our unity as a team, and we are gratified to have this opportunity to further support our bartender community in these trying times.”

“At Bacardi, we continue to create new moments that matter that weave beautifully into the rich narrative we’ve crafted over the last 158 years,” says Ned Duggan, Global Senior Vice President of Marketing, BACARDÍ rum. The BACARDÍ Cuba Libre helped define BACARDÍ rum in the eyes of our consumers 120 years ago, and today it has once again given us a significant moment to celebrate in our story.”

The origins of the Original Cuba Libre trace back to Cuba’s War for Independence in 1898, when Colonel Theodore Roosevelt and his regiment, known as the Rough Riders, along with large droves of Americans, arrived in Cuba. Coca-Cola® was introduced to Cuba after the arrival of American troops, and it soon became a popular choice for Cubans and Americans alike.

In August 1900, while celebrating victory at the American Bar in Havana, Cuba, Captain Russell of the United States Army Signal Corps, ordered his Cuban BACARDÍ Rum and Coke® served with a wedge of fresh lime. This new combination sparked interest from the soldiers around him, and soon, the entire bar was drinking one. The Captain proposed a toast, “Por Cuba libre!” in celebration of a free Cuba. The words Cuba Libre – meaning Free Cuba – had a special political significance and were frequently used by Cubans and Americans alike. It seemed quite natural that the American soldiers selected and applied this famous slogan to this drink, which they considered indigenous to Cuba, consisting of BACARDÍ Rum and Coca-Cola®. The name caught on quickly and remains popular to this day.

How to make the Original BACARDÍ Cuba Libre:

Bacardi Limited refers to the Bacardi group of companies, including Bacardi International Limited. Visit www.bacardilimited.com or follow us on LinkedIn @Bacardi or Instagram @BacardiLimited1862.

What’s the fastest game bird in Europe? This was the question that inspired the founding of Guinness World Records back in 1955. Starting with a single book published from a room above a gym, GWR has grown to become a global multimedia brand, with offices in London, New York, Miami, Beijing, Tokyo and Dubai. Today, we deliver world class content, not just through Books, but via TV shows, Social Media and Live Events. Every year, our in-house consultancy helps thousands of brands, businesses and organisations to harness the power of record-breaking and deliver award-winning campaigns and business solutions – engaging audiences, creating captivating, shareable content and telling authentic stories that generate genuine media impact.

To find out more about record-breaking for businesses, visit https://www.guinnessworldrecords.com/business-marketing-solutions/