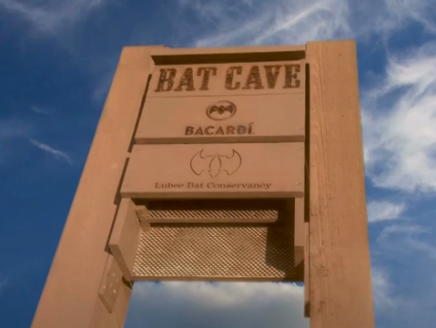 At the Bacardi Bottling Corporation site in Jacksonville, FL, the local team is responsible for more than bottling the world’s most awarded rum. An all-volunteer employee team at Bacardi also proudly adds gardener and wildlife caretaker to their duties – all for the sake of environmental sustainability. For their efforts, Bacardi has achieved recertification by the Wildlife Habitat Council (WHC) Conservation Certification, this year as a Silver Certified award, signifying leadership among the more than 600 WHC Conservation Certification programs. This is the fourth WHC certification for the Bacardi site in Jacksonville and second Silver Certified award.

This year, Bacardi partnered with the Jacksonville Zoo and Gardens and the Florida Bat Working Group to support Florida Fish & Wildlife Conservation Commission’s Long-Term Bat Monitoring Program, dedicated to the education and conservation of bats. As part of the program, Bacardi is providing acoustic recordings that help identify bat species and their activities in the area. The Bacardi site is a perfect home for bats which are the inspiration for the iconic logo of the world’s most awarded rum. In 2015, employee volunteers, in partnership with Lubee Bat Conservancy, erected three large bat “caves” 20-feet off the ground to welcome native species including the Mexican free-tailed bat, Evening bat, Tricolored bat and Eastern red bat.

Bats aren’t the only species with custom-made homes on campus. Employee volunteers also set up eight songbird nest boxes targeting the native eastern bluebird. These nest boxes—which include names such as 'Home Tweet Home,' 'House of Blues,' and 'The ReTweet'—were named by employees via a competition and last year welcomed 43 bluebird fledglings. The Bacardi team installed the nest boxes based on advice from a local bird expert and have since been visited by Florida Audubon Society members.

“Giving back to our communities and protecting our planet is part of our DNA as a family owned business,” says Darrin Mueller, Operations Center Director at Bacardi Bottling Corporation. “Bacardi employee volunteers take great pride in protecting and nurturing the wildlife here in Jacksonville and across the globe.”

With COVID-19 restrictions in place, volunteers are finding creative ways to protect the habitat while maintaining limited access to the site. Regular check-ins of the bird boxes and pollinator gardens ensure wildlife is flourishing. One volunteer temporarily relocated 19 caterpillars from the habitat to her home and is eagerly waiting for them to emerge as Monarch butterflies. Once the campus fully reopens, the team will be ready to hand plant Purple Passionflower and Sweet Fennel seeds, among others, to expand the habitat. In anticipation of more "guests", the team will also install a wooden insect “hotel” and add a bird bath made from recycled glass.

Bacardi efforts to drive education and awareness spans across all sites and in 2019, Bacardi Corporation in Puerto Rico, the world’s largest premium rum distillery, received the first certification presented by WHC to a site on the island.

NOTE FOR MEDIA:
Click for assets: B-roll of wildlife habitat at Bacardi campus in Jacksonville; b-roll of Bacardi rum bottling in Jacksonville, logos and photography of campus and wildlife.