Olympic Solidarity Increases Its Support to National Olympic Committees for Their Preparation for and Participation in Tokyo 2020 by USD 25.3 Million 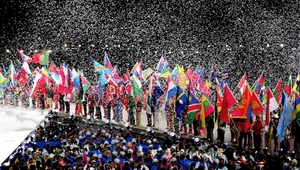 TO RESPOND TO THE SPECIFIC NEEDS INCURRED BY THE POSTPONEMENT OF THE OLYMPIC GAMES TOKYO 2020, OLYMPIC SOLIDARITY HAS INCREASED THE BUDGET ALLOCATED TO THE PROGRAMME NAMED IOC SUBSIDIES FOR THE PARTICIPATION OF NATIONAL OLYMPIC COMMITTEES (NOCS) IN THE OLYMPIC GAMES FROM USD 46.7M TO USD 57M.

This decision will allow NOCs to sustain additional costs that might occur in the lead-up to the Tokyo Games, now to be staged in 2021.

FACILITATING THE PARTICIPATION OF 206 NOCS IN THE OLYMPIC GAMES

The Olympic Solidarity athlete programmes extended until the Olympic Games Tokyo 2020 are:

The preparation of the new Olympic Solidarity 2021-2024 plan, which will take into account the NOCs’ needs in this new context, is currently ongoing, and will be announced by the end of 2020. The 2017-2020 plan can be found here.

In addition to facing additional costs, NOCs could also see their election cycle affected by the postponement of the Olympic Games Tokyo 2020 – most NOCs usually hold their regular elections in the year following the Games of the Olympiad. To help them address this challenge and considering that the main priority is to enable the NOCs to best prepare their respective teams for the Olympic Games, the IOC has decided to adopt a flexible approach and will let the NOCs decide, subject to their respective statutes, either to follow the four-year term of office or to follow the Olympic Games cycle and hold their elections after the Olympic Games in 2021, under certain conditions. In this case, the IOC, on an exceptional basis, will consent to an extension of the initial term of office beyond four years.