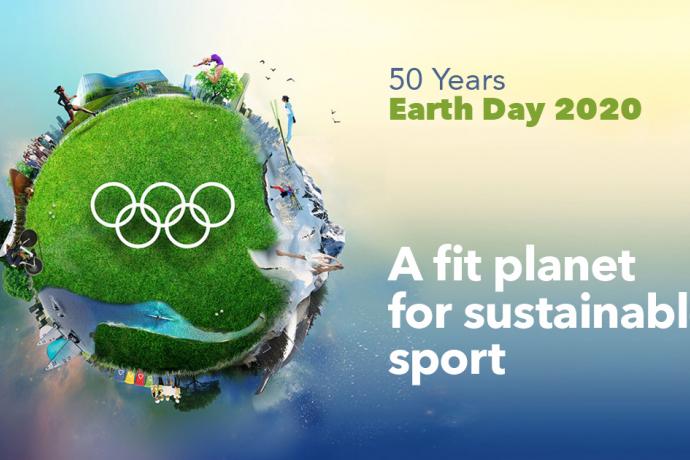 The guide, “Mitigating biodiversity impacts of sports events”, offers advice to sports event organisers on how to reduce the impact on biodiversity and promote its conservation throughout all phases of event planning.

“A healthy environment is essential to successful sports events as it is to society at large. We know that we can enjoy sports and celebrate our athletes while managing the environmental impacts of these events,” said IUCN Acting Director General, Dr Grethel Aguilar. “As this new guide shows, sports events can end in a win-win for both people and nature if they are planned, designed and executed with conservation goals in mind."

The guide notes that sporting events can benefit the environment by raising public awareness about the value of nature. They attract some of the largest audiences, creating an opportunity to set a good example, showcase best practice and encourage people to support conservation.

“We see it as our responsibility to reduce our own impact on nature but also to use the power of sport to actively promote its protection,” says IOC Director General Christophe De Kepper. “This guide, which is the result of our ongoing collaboration with IUCN, shows clearly that it can be done.  It highlights the crucial role event organisers can play to protect biodiversity, and by doing so, protect the future of sport.”

According to the guide, there is increasing recognition by governments, regulators and athletes themselves that sports events need to be conducted in environmentally responsible ways.

The guide provides a step-by-step approach throughout the different stages of the sport event lifecycle – from concept and strategic planning to the event delivery phase – that will help reduce risks to nature. Some of the actions include: conducting biodiversity impact assessments; ensuring the event’s lighting and sound systems do not disturb endangered wildlife near events; erecting barriers to ensure spectators do not disturb fragile ecosystems; taking action to stem the spread of invasive species; and, adopting good stewardship practices on site.

A number of sports events are already adopting good practices to reduce their environmental footprint and protect biodiversity.  For example:

The IOC has placed sustainability at the centre of its reform programme, Olympic Agenda 2020. It is supporting the Olympic Movement and the broader sports community in tackling some of the world’s most critical challenges, such as climate change and biodiversity loss.

This guide is the third in a series produced by IUCN as part of a collaborative agreement with the IOC. The first report examined the overall links between sport and biodiversity, while the second report focused on minimising the environmental impact of new sporting venues.

The current IUCN-IOC collaborative agreement runs from 2017 to 2020. In addition to producing the Sport and Biodiversity guides, IUCN provided advice on the candidature process for the Olympic Games 2024 and has undertaken other tasks related to the IOC’s sustainability strategy.

The Sport and Biodiversity guide can be accessed here.

For more information or to set up interviews, please contact: