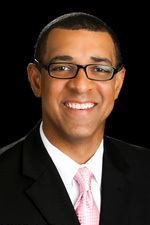 ORLANDO, Fla., Apr. 13 /CSRwire/ - The World Federation of Youth Clubs (WFYC) announced last week that its Board of Directors has named Mark Shamley as Executive Vice President and Chief Operating Officer. He will start in this critical role effective immediately and will be based in Orlando, Florida. WFYC is the international youth development organization, recently spun-off from Boys & Girls Clubs of America, representing 55 independent Club affiliates located in 29 countries and currently serving over 300,000 young people globally.

Shamley’s focus will be on the operational oversight of WFYC, reporting to the organization’s President, Glenn Permuy. He is directly responsible for financial management, affiliate-relations, programs and optimizing both back-end and front-end technology systems. In addition, he is responsible for executing the strategic planning and expansion initiatives which will drive the value and global impact of WFYC.

“Mark is an experienced visionary leader with extensive proven success in both the private and non-profit sectors where he led the Association of Corporate Citizenship Professionals (ACCP), the sole professional association for corporate social responsibility, as its President and CEO for 12 years. He is a strategic thinker and skilled planner -- always willing to roll-up his sleeves to get things done,” said Rick Goings, Chairman and Co-Founder of the World Federation of Youth Clubs. “I’ve known and worked with Mark for more than two decades. He’s passionate about improving the lives of young people, and one of the most resourceful business leaders I’ve had the pleasure to work alongside.”

Mr. Permuy said, “We’re thrilled to add Mark to our team during these early stages of the organization.” Permuy, who has more than 30-years of experience in youth development, continued, “What excites us most about landing a skilled business executive like Mark is his understanding around shaping and aligning WFYC’s strategic priorities to a global operational structure as we aim to support an ever-expanding network of affiliate Club organizations.”

Shamley comes to the World Federation of Youth Clubs from Tupperware Brands where he was Vice President of Sustainability & Global Social Impact. Prior to that, he led the Association of Corporate Citizenship Professionals (ACCP) for 12 years as its President and CEO, growing membership to more than 190 corporations and reaching thousands of CSR executives, with aggregate annual contributions exceeding $5 billion in financial and in-kind support to causes around the world. During his tenure at ACCP, Shamley launched a series of new professional development programs, retooled training initiatives, expanded ACCP’s value proposition that led to a 90 percent retention rate, and grew annual membership revenue by more than 300 percent.

Mark recently served as board Chair for Wise Giving Alliance, an organization that helps donors make informed giving decisions and promotes high standards of conduct among charities that solicit contributions from the public. As a nationally recognized thought-leader, he recently agreed to rejoin the board of BoardSource, which promotes excellence in governance and leadership across a wide and diverse independent sector.

“What many do not realize is that Mark has had an equally impressive career in youth development” said Goings. “Early in his career at Boys & Girls Clubs of America, he was a member of the strategic partnerships team that forged successful alliances with global brands such as Coca-Cola, Major League Baseball and Best Buy.” Goings continued, “Fast-forward to his tenure as Executive Director of the Orlando Magic Youth Fund and ongoing volunteer work as a mentor, Mark remains a steadfast advocate for investing in young people through meaningful transformative experiences.”

About World Federation of Youth Clubs

Following more than a decade of collaboration with a handful of International youth organizations, in 2019, the World Federation of Youth Clubs was officially founded. Based in Charlottesville, Virginia, it currently has member organizations operating in 29 countries outside of the United States. The 3,000+ Club locations serve over 300,000 youth and their families annually through facility-based organizations that provide educational programs, personal and leadership development, and family and community engagement.

WFYC’s mission is to develop, advance and enhance global youth organizations that provide a positive environment and a safe place for young people around the world. With almost 200 countries around the globe, their goal is to serve youth clubs in every country.