A Dignified Approach to Digital Credit 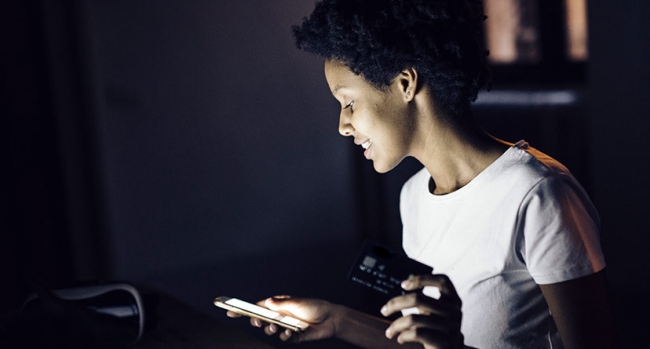 Whether you’re in Boise, Idaho or Mombasa, Kenya, digital and mobile technologies have made it easier for the traditionally excluded to access financial services, including credit services. With access to untapped data streams, new ways to directly connect with consumers and lower costs, more digital credit providers are entering the market. In the U.S. alone, digital lenders—also referred to as online, marketplace or fintech lenders—now hold 38 percent of unsecured consumer debt, originating more than $127 billion in new loans since 2014.

The emerging digital credit industry faces many challenges. Consumer protections and responsible product design have not kept pace. Public policy has also been slow to respond, leading many borrowers to fall into debt with few pathways to more formal financial products or larger loans. In Kenya, for example, first-time borrowers have been reportedly blacklisted for outstanding balances as small as two dollars. In the U.S., digital lenders have been accused of charging exorbitant interest rates, using predatory lending practices and violating state usury laws.

“Transforming the role of data in addressing major social and economic issues is not a job for any one person or organization. We must build on the successes of those who have come before.”

The Center for Inclusive Growth is committed to partnering with forward-thinking researchers to better understand these issues. The Center’s director of research, Dan Barker, recently interviewed our partner Professor Fred Wherry, who leads the Dignity and Debt Network, to discuss how looking at trends in the digital credit industry through a sociological lens can help deliver better products and solutions for the underserved. The interview has been lightly edited for clarity.

Dan Barker (DB): How is digital credit changing the traditional paradigm of borrowing for low-income and underserved consumers?

Fred Wherry (FW): There are three trends I’m seeing, and they mostly tilt toward the positive. The first is that digital credit is helping to overcome the limitations of geography and a lack of universal access to financial products, particularly in the U.S. For example, even in some middle-income, African American communities, only low-quality credit options like payday loans are available. Harvard professor William Julius Wilson talks about “concentrated disadvantage” as a critical challenge for economic mobility. Digital credit is trying to break up some of these geographic constraints.

The second trend is that the new players are using new technologies to generate their own algorithms for ascertaining risks, allowing them to determine who is credit-worthy. This has the potential to open up credit to people who have previously been invisible; however, it could also expose new, riskier pools of users to higher-cost credit providers as those most likely to repay a debt graduate into less costly risk pools. By virtue of having a phone and being able to share data, credit providers can gain a much better understanding of how risky a client might be. At the same time, we need to consider privacy issues, how the data is being used and how we prepare for undesirable outcomes.

Third, many consumers are now sharing their experiences with digital credit on social media platforms such as Twitter. They’re either complimenting or, more often, criticizing digital service providers. This is bringing customers and creditors into conversations in a way we haven’t seen before, which presents both challenges and opportunities for new market players.

DB: What is the impact on people and their networks when customer protection fails?

FW: With the growth of digital credit that is easier to access, we have to be careful that we don’t end up pushing more people out of the financial system. Consumer protection is not only important for the borrower, it can have an impact on an entire network of family and community members. When people use credit and default on that debt, the people in their lives can become collateral damage.

In some places, if you’re late repaying a loan, a collector may go after not only the borrower, but also the co-signer. In particularly aggressive cases, your employment could be jeopardized if you’re up for a promotion and a collector is bothering your boss regularly. And your informal social safety net is placed in jeopardy if you rely on family and friends for help in times of crisis. This becomes a situation in which debt affects not only a person’s ability to borrow in the future, but his or her ability to earn in the future, which could create a negative spiral.

DB: How do we bring consumers and lenders together to advance customer protection?

FW: As many of us have experienced, the worst thing as a consumer is to feel like you’re shouting into the wind. The Dignity and Debt Network has collaborated with FSD Kenya and Citibeats to look into new models of surfacing consumer voices.

FSD Kenya used Twitter to find hotspots of customers expressing their opinions. This was a novel application of a platform built by Citibeats to use digital media for the common good. People are voicing their concerns online about scams and products, and we can learn from those experiences. In emergency response situations, we’re seeing the use of machine learning to help first responders connect with people in need via social media. We can use similar methodologies to better understand how consumers are being affected by digital credit.

The public sector and regulators also have an important role to play. However, setting standards for consumer protection and ensuring they are upheld is not enough. There will always be murky scenarios that are more difficult to navigate. For these cases, the private and public sectors should come together to iterate toward a solution. This calls for a lot of trust between the private sector, social sector and regulators. Together, they need to find a way to chase out the abusers—not the abiding financial services providers—in a productive and respectful way. We don’t yet have great examples of this type of collaboration, but I believe it can be done.

DB: Dignity is not often the lens through which we talk about financial inclusion; why is dignity so critical?

FW: People just want to live a good life with their chin up and a sense of dignity so their family can have a respectable life. Often, a life of dignity requires one to go into debt at some point. Debt is sometimes framed as something you shouldn’t have, and if you are in debt, then you’re just not a good planner or you’re trying to take advantage of the system and don’t plan to repay. But, what we find is that people don’t go into debt because they bought jewelry or went out on the town; rather, they are trying to give their kids a better life. They’re trying to do some basic things to indicate they live their lives with decency and dignity.

In fact, certain types of debt are associated with ambition and mark the type of aspiration one has. This is especially true of low- and middle-income individuals. For example, if you’re from a lower-income family and you have some student loan debt, that indicates you’re investing in your future. If you’re middle income and have some credit card debt, it may signal that you’re becoming an adult. It’s important to remember debt can be an important step on the economic mobility ladder.

DB: If I’m a fintech looking to get into this space, how do I integrate the concept of dignity into the practice of serving my client?

FW: Messaging is key. For example, as a fintech, to what extent does your repayment language signal to your borrowers that they are a bad actor? Or, do you signal that they’re good people who have found themselves in difficult circumstances? If you change to a positive framing, the consumer is going to be more willing and more likely to try to repay; you enter into a different kind of relationship that is no longer wholly adversarial.

Try to understand the “cost of coordination” for the consumer, especially for low- and moderate-income borrowers. People’s schedules are less stable than they once were. If people are asked to engage in a number of activities to borrow and pay off their loan, it will be more difficult for them to feel in control. If they feel out of control, they will be less likely to respond positively.

Certain types of interaction styles can make a customer feel disrespected. Providers should take the time to talk to people who have faced difficulties in the past with their financial services provider. By asking someone, “What have other financial services providers said to you that helped you make progress in paying off your debts?” you indicate that customers have a say in the interaction. This may lead to better relationship-building between the customer and the provider. It’s not about letting people off the hook for their obligations, it’s about acknowledging that they are human beings with good intentions who may have made some mistakes.

DB: What are promising solutions, approaches or campaigns addressing these challenges? What are you most excited about?

FW: We are seeing interesting examples of fintechs and nonprofits experimenting with “tech and touch” around digital credit. What are most compelling are the creative approaches to engagement, building trust and working with third parties who can help bring consumers to the table.

We in the financial inclusion and alternative credit space need to spend more time with our consumers to understand their needs. We must open our minds to different ways of providing financial services. There is a lot we don’t know. As a sociologist, I am focusing on how meaningful relationships, the structure of our social networks and human values like dignity and respect shape our financial behaviors and how we respond to various encounters with financial services providers. While the field of sociology is not typically associated with financial inclusion, it is absolutely paramount to building a world that is more financially inclusive.