Interface Matches the Grant, Bringing it to $5000 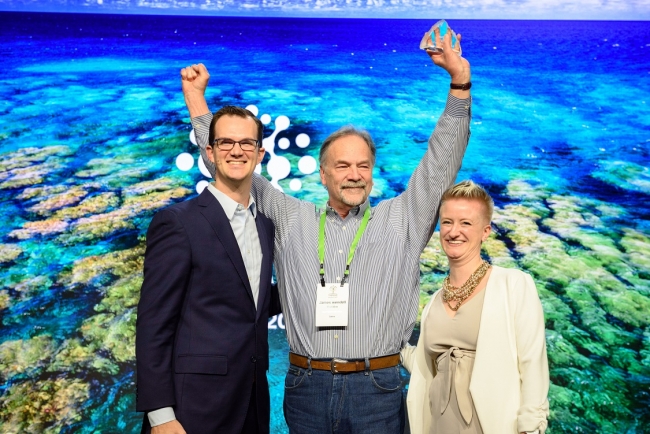 At the time, Wendell had just celebrated his 40-year anniversary with Interface, with many of those years spent in the higher education sector.

“Wendell has always been a model steward for Ray’s vision, Interface’s journey to sustainability and for protecting our environment for future generations,” said Harriet Anderson Langford, trustee for the Ray C. Anderson Foundation, and president of The Ray.

Because of his passion for sustainability, and his wish to apply his $2500 grant towards an initiative in the higher education sector, Wendell’s grant has been awarded to the University of New Hampshire Sustainability Institute (UNHSI) for its Sustainability Indicator Management and Analysis Platform (SIMAP).

SIMAP is the leading tool for campuses to calculate their carbon and nitrogen footprints, and it is used by more than 500 colleges and universities as their official tracking mechanism for carbon footprint calculations.

According to SIMAP project co-leads, Jennifer Andrews and Allison Leach, an independent study conducted by the University of Cambridge found that complete scope 3 emissions made up 70% of the total carbon footprint of a campus, and a handful of U.S. campuses suggest the same order of magnitude.

They noted that in order to achieve meaningful and impactful carbon reductions, it is crucial that organizations calculate, track, and reduce the complete scope 3 carbon footprint.

They noted that increasing the scope of SIMAP and focusing on scope 3 tracking will emphasize that what needs to happen to reduce global warming comes down to student and staff behaviors and decisions – not just top-down institutional decisions.