Georgia DOT, UGA and The Ray Test Alternatives to Traditional Land Management Strategies on I-85 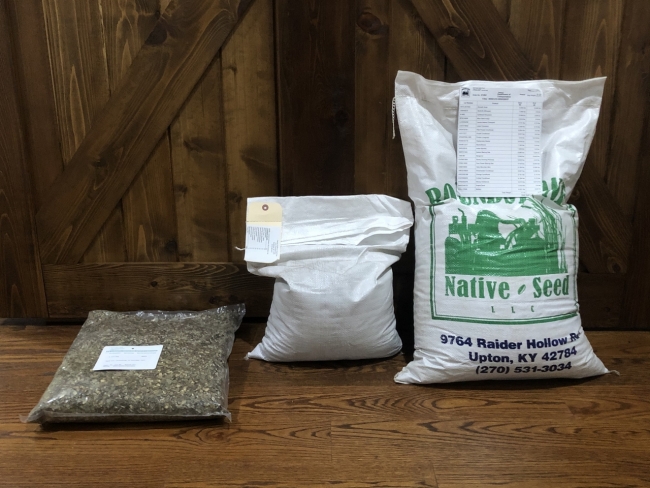 Georgia DOT, UGA and The Ray Test Alternatives to Traditional Land Management Strategies on I-85

Georgia Department of Transportation (Georgia DOT), The Ray, and the University of Georgia’s College of Environment + Design (UGA CED) are pleased to provide a major update to the living vegetative lab spanning the diamond interchanges at Exit 6 on Interstate-85. Throughout January, UGA CED, led by Associate Professor Brad Davis and MLA candidate Mathew Quirey, installed additional pilots: the testing of non-chemical weed control and new mixes of native wildflower and grass seed designed to provide continuous and successive blooms from late spring to early fall.

These installations are located along the 18 mile stretch of highway known as The Ray on I-85, a living transportation lab for the technologies and innovations that will reduce crashes and fatalities, reduce transportation carbon, and increase productivity from existing transportation infrastructure. Exit 6 is a unique opportunity for the three partners to test innovative land management strategies that inform decisions around the state and the Southeast.

Besides the aesthetic beauty, these meadows offer many benefits over common non-native turf grass. Pollinator meadows require less maintenance and less mowing than traditional turf grass, reducing the maintenance costs to the state and the risks to roadside maintenance workers. Their extensive root structure holds the soil to prevent erosion and sedimentation and restore soil nutrients over time. These meadows also attract pollinating insects, which are vitally important for ecosystem services, our food supply, and the long-term success of the agriculture industry in the state.

Additionally, the median alongside the southbound lanes of Exit 6 now includes a stretch of two-inch sand blanket using granite fines as a method for natural weed mitigation. The sand blanket will prevent weed germination for one to two years, to allow the seeded wildflower mixes to establish dominance in the area over invasive weeds. Some of the wildflower mixes were planted in the sand blanketed area while others were not, allowing for a direct comparison of a natural alternative to the traditional chemicals used to control weeds. This pilot is an expansion of the 2016 UGA CED research plots installed in Athens at UGA’s Ugarden.

The Exit 6 vegetative lab began two years ago when it was approved by the Roadside Enhancement & Beautification Council and is financially supported by Georgia DOT and The Ray. The work recently completed builds on a 2018 demonstration co-located on the site, a 900 square foot pilot of Kernzaâ“‡ perennial grain. Kernza is a unique plant known for capturing carbon in the atmosphere and sequestering it below the topsoil, deep in the earth. The fiber from these plants can be used to manufacture disposable goods, such as diapers, paper towels, toilet paper and more. The Kernza pilot on The Ray on I-85 is the first in the Southeast and the first in the U.S. to be grown on the interstate roadside. Over the past two years, the plant has shown promising signs of viability in the challenging growing conditions of the interstate right-of-way.

In addition to maintaining the site and monitoring the results, future plans for the site include pilot projects to improve slope stabilization, reduce erosion and sedimentation into the watershed, and improve stormwater management. The project will continue for the next three to five years.

The Ray is a proving ground for the evolving ideas and technologies that will transform the transportation infrastructure of the future, beginning with the corridor of road that is named in memory of Ray C. Anderson (1934-2011), a Georgia native who became a captain of industry and was recognized as a leader in green business when he challenged his company, Atlanta-based Interface, Inc., to reimagine the enterprise as a sustainable company—one that would pursue zero environmental footprint. Chaired by Ray’s daughter Harriet Langford, The Ray is an epiphany of the Ray C. Anderson Foundation. Learn more at www.theray.org.

Through teaching, research, and service in design, planning, and management of the land and its structures, CED will work to improve the environment by providing new and time-tested models for development and preservation. The college will educate the next generation of landscape architects, planners, and historic preservation practitioners to become experts in their areas of specialization with the capacity to collaborate and work effectively across traditional disciplinary and professional boundaries. Graduates of the programs will be equipped to practice in an increasingly complex and changing world characterized by global influences, local needs, and the imperative to create a more sustainable future. Learn more at http://www.ced.uga.edu.

About the Georgia Department of Transportation (Georgia DOT)

Georgia Department of Transportation plans, constructs and maintains Georgia’s state and federal highways. We’re involved in bridge, waterway, public transit, rail, general aviation, bike and pedestrian programs. And we help local governments maintain their roads. Georgia DOT and its nearly 4,000 employees are committed to delivering a transportation system focused on innovation, safety, sustainability and mobility. Through a culture of innovation and collaboration, the Department’s vision is to boost Georgia’s competitiveness through leadership in transportation. Learn more at www.dot.ga.gov