Vancouver 2010: Setting the Standard for Sport, Sustainability and Social Legacy

Vancouver 2010: Setting the Standard for Sport, Sustainability and Social Legacy 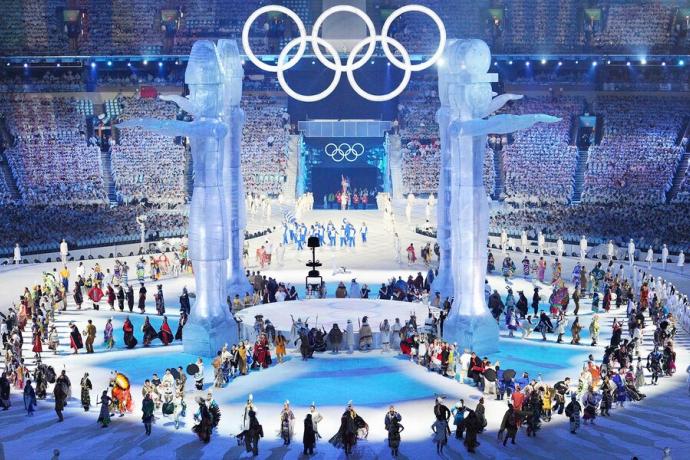 But the city and the Olympic Movement both rose above the difficulties. Athletes performed so well that some people say the ensuing celebrations caused the city to shake.

More than the sporting successes, however, the Games set new benchmarks for educational, social inclusion and environmental legacies. As the Olympic Games Vancouver 2010 celebrate their 10-year anniversary, they are still setting the standards for sustainable Games today.

“Vancouver 2010 delivered much more than unforgettable Olympic Games,” said IOC Member and President of the Canadian Olympic Committee Tricia Smith. “It also set new standards for sport, sustainability and social legacies. Ten years on, these legacies continue to benefit the people of Vancouver and beyond.”

AHEAD OF THE CURVE ON CLIMATE

Like many other Olympic Games before, Vancouver 2010 accelerated significant improvements in terms of transport, infrastructure and housing in the city and beyond. Construction was done with the aim of social and environmental benefits that would last, while minimising the costs through the reuse of existing infrastructure.

Built in time for the Games, the Canada Line still moves travellers between the city’s airport and the downtown core. The new 400-passenger SeaBus ferry, high-efficiency SkyTrain Cars, and hybrid buses have boosted public transport and helped to cut emissions. And upgrades to the stunning Sea-to-Sky highway made this vital transport artery both faster and safer.

The Olympic Games left Vancouver healthier in other ways too. A range of sports facilities, from the Richmond Oval and Pacific Coliseum to the Whistler Olympic Park, still offer a dazzling range of amenities for amateurs and professionals alike.

And while 10 years ago, the world was just waking up to the dangers of climate change, the Vancouver Games included an early carbon offset programme and offered ambitious demonstration projects. Seventy per cent of the heat for the Olympic Village, for example, came from waste heat recovery systems, including heat from sewage.

Many commentators have singled out Vancouver for its new focus on social inclusion, especially on the young, the at-risk youth and indigenous communities. Vancouver was the first ever host city to establish a non-profit organisation devoted to the creation of community legacies, for example.

So far the organisation – first called 2010 Legacies Now then renamed LIFT Philanthropy Partners - initially worked with more than 4,000 partners on 1,250 initiatives to benefit more than 400 communities in BC and now works with social purpose organisations across Canada.

“We knew that people wanted benefits from the Games beyond bricks and mortar,” says Bruce Dewar, President & CEO of LIFT Philanthropy Partners. “So we focused on identifying programmes we could enhance and created new innovative initiatives to fill gaps.”

Action Schools! BC is one of the programmes created by 2010 Legacies Now and partners. Between 2002 and 2010, it had helped half a million students be active every day.

The Vancouver Games’ focus on inclusion reached indigenous communities too, of course. A second 2010 Legacies Now programme, the Aboriginal Youth Sport Legacy Fund, provided financial support for amateur athletes of indigenous origin, including the First Nations Snowboard Team (FNST), which uses snowboarding to improve quality of life for indigenous youth and to empower them.

“FNST has helped me keep my kids healthy,” says Rilla Sampson, a mother. “They work hard to meet the expectation that the team is looking for, eating healthy, good grades and teamwork.”

“Because of the Games, and the importance of the Games, the nations started to work together, and they have continued that work,” he said in a 2019 interview with the IOC. “It has been the greatest accelerator of relationships I have seen.”

As the first Olympic Games to include legacy at its core, the Vancouver Games are set to inspire many generations to come.