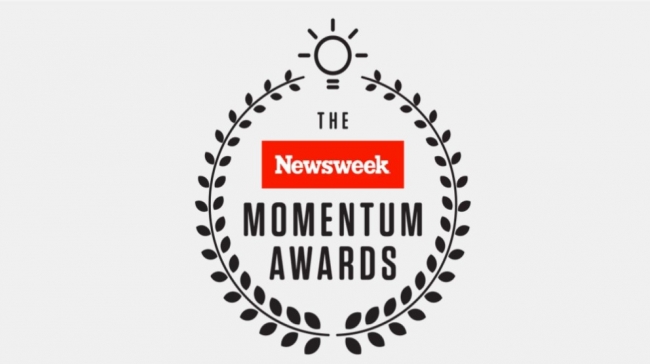 The Ray has been selected as one of the Top 100 Smart City Partners for Newsweek’s Momentum Awards.

The Momentum Awards are an annual celebration of the people and cities propelling the world toward an environmentally sustainable, socially equitable, economically viable future of autonomous mobility and smart urban environments. They recognize companies and partners around the globe, as well as one city, which will be chosen as the "smartest city in the world.

"The 100 Smart City Partners award recognizes “partners taking action, whose initiated projects are enacting real change. Whether it's integrating sustainable infrastructure, taking savvy approaches to micromobility, or using big data analytics to inform legislative policy for the betterment of all, each partner is doing something bold and unique that is leading us into the land unknown.”

“We are honored by this distinction,” said Harriet Anderson Langford, president and founder of The Ray. “Over the last five years we’ve been able to demonstrate groundbreaking technologies on a public interstate through innovative public-private-philanthropic partnerships with state and federal government, research universities, and private companies. These partnerships allow us to build future-forward infrastructure today. And we’re just getting started.”

In just the second half of 2019, The Ray has implemented a half dozen pioneering projects, including the partial repaving of the corridor with rubberized asphalt utilizing scrap tires and well as launching a V2X, connected vehicle project with Panasonic and the Georgia Department of Transportation. Currently, a one-megawatt solar array is under construction at the diamond interchange at Exit 14, and an additional smart infrastructure project will be announced in the coming weeks. Finally, this fall will see the continuation of The Ray’s partnership with the University of Georgia through the implementation of a smart planting lab at Exit 6 that will test land management techniques.

The Ray is a proving ground for the evolving ideas and technologies that will transform the transportation infrastructure of the future, beginning with the corridor of road that is named in memory of Ray C. Anderson (1934- 2011), a Georgia native who became a captain of industry and was recognized as a leader in green business when he challenged his company, Atlanta-based Interface, Inc., to reimagine the enterprise as a sustainable company—one that would pursue zero environmental footprint. Chaired by Ray’s daughter Harriet Langford, The Ray is an epiphany of the Ray C. Anderson Foundation.