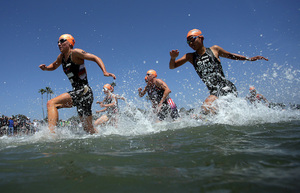 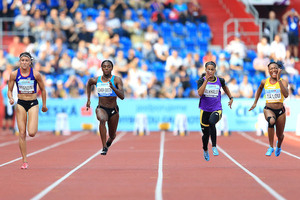 The new initiative is part of the IOC’s commitment to support and lead the Olympic Movement, including the IFs and the NOCs, in integrating sustainability into their operations. It is aimed at helping the NOCs and IFs understand, measure and reduce their carbon footprint.

The initiative will reward through carbon offsets those IFs and NOCs that are implementing real and tangible action to address and reduce greenhouse gas emissions within the scope of their sports organisations and respective events.

The offsets will help balance the residual carbon emissions of IFs and NOCs that have signed up to the UN Sports for Climate Action Framework, launched by the IOC and the UN Framework Convention on Climate Change (UNFCCC). Other requirements include presenting detailed data on the annual carbon footprint, as well as carbon reduction plans.

“We consider climate change to be one of the biggest emergencies humanity has ever faced, and the IOC wants to ensure that the Olympic Movement addresses it in an impactful way,” said Michelle Lemaitre, IOC Head of Sustainability. “Thanks to this initiative, and thanks to our Official Carbon Partner, Dow, we will now be able to support the ‘best in class’ when it comes to climate action. We hope that this will encourage more climate action across the Olympic Movement.”

The portfolio of offsets, covering a total of 250,000 tonnes of CO2 equivalents, will include a diverse set of climate solutions, from conserving ecosystems and avoiding deforestation to energy efficiency and renewable energy. The projects will be implemented across multiple jurisdictions, including the Americas, Africa and Asia, and will comply with standards approved by the International Carbon Reduction and Offset Alliance (ICROA) .

The first award recipients will be announced at the IF Forum taking place in October 2019 in Lausanne, Switzerland.

Worldwide Olympic Partner Dow previously implemented award-winning carbon mitigation programmes for the Olympic Winter Games Sochi 2014 and Olympic Games Rio 2016, and became the IOC’s Official Carbon Partner in October 2017. The IOC – Dow global carbon mitigation programme has been designed to go far beyond just balancing the IOC’s operational emissions; it will allow the IOC to deliver additional climate benefits and a positive legacy from a portfolio of projects, enabled by Dow’s material science.

“The climate change challenge calls on us to find innovative ways of working together to build a low-carbon future. Together with industry value chains, we are changing business-as-usual in different markets. I am delighted that, through this new joint initiative, we can now extend the impact and help encourage greater climate action beyond the IOC to the Olympic Movement,” said Nicoletta Piccolrovazzi, Dow’s Circular Economy Market Director and Global Technology & Sustainability Director for Dow Olympic & Sports Solutions.

The new initiative extends the influence of the IOC–Dow partnership even further, creating an opportunity for other members of the Olympic Movement and the wider sports sector.

In December 2018, the IOC took the leadership role in the UN Sports for Climate Action Framework, which it developed jointly with the UNFCCC. The framework calls on the sports world – including sports federations, leagues and clubs – to jointly develop a climate action agenda for sport, adhering to five principles: promoting greater environmental responsibility, reducing overall climate impact, educating for climate action, promoting sustainable and responsible consumption, and advocating for climate action through communication. Fifty sports organisations have joined the framework so far, including 10 IFs and the Organising Committees for three of the upcoming Olympic Games editions: Tokyo 2020, Beijing 2022 and Paris 2024.

The International Olympic Committee is a not-for-profit independent international organisation made up of volunteers, which is committed to building a better world through sport. It redistributes more than 90 per cent of its income to the wider sporting movement, which means that every day the equivalent of 3.25 million US dollars goes to help athletes and sports organisations at all levels around the world.

Dow (NYSE: DOW) combines one of the broadest technology sets in the industry with asset integration, focused innovation and global scale to achieve profitable growth and become the most innovative, customer-centric, inclusive and sustainable materials science company. Dow’s portfolio of performance materials, industrial intermediates and plastics businesses delivers a broad range of differentiated science-based products and solutions for our customers in high-growth segments, such as packaging, infrastructure and consumer care. Dow operates 113 manufacturing sites in 31 countries and employs approximately 37,000 people. Dow delivered pro forma sales of approximately USD 50 billion in 2018. References to Dow or the Company mean Dow Inc. and its subsidiaries.