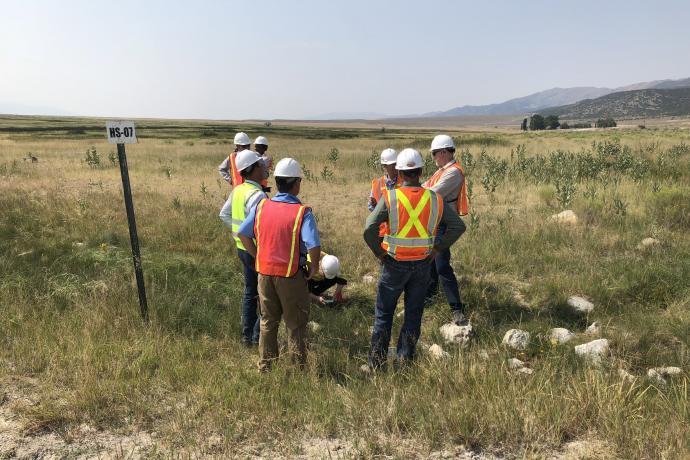 IUCN, International Union for Conservation of Nature, and Newmont Mining Corporation (NYSE: NEM) (Newmont or the Company) have established a three-year collaborative agreement to identify ways the Company can meet its global targets to achieve no net loss in biodiversity, and net gains where possible.

As part of the agreement, Newmont asked IUCN and its experts – including representatives of IUCN Member organizations and its Commissions – to conduct independent reviews at select mine sites using the IUCN Biodiversity Net Gain Protocol. The first site visit was conducted in August at Newmont’s operations in Nevada, USA, and future visits are planned for the Company’s other regions. Data gathered through the reviews will be used to design and implement enhanced biodiversity conservation programs at Newmont’s global mine sites and for knowledge sharing with IUCN members.

“The full assessment of the first site visit to Newmont’s operations in Nevada is still being compiled, but preliminary conclusions indicate that there is considerable scope for the mining sector to mainstream biodiversity conservation into their operations in a meaningful way,” said IUCN’s Global Director, Stewart Maginnis. “However, for this to work, companies need commitment at both the corporate and operational level to adhere to best practice standards as well as third-party assessment and verification.”

Newmont is one of the world’s leading gold and copper producers with operations in Africa, Australia, North and South America. The Company has a stated goal of no net loss of key biodiversity values (KBVs) in its areas of influence.

“Our partnership with IUCN, a recognized global authority on biodiversity, will provide further insight into how Newmont can meet or exceed our biodiversity targets and remain a global leader in sustainability,” said Newmont’s Elaine Dorward-King, Executive Vice President of Sustainability and External Relations. “Understanding and managing the impacts of our activities on biodiversity, critical habitats and ecosystems – at every stage of the mine lifecycle – is essential to ensuring our operations remain responsible and profitable well into the future.”

IUCN is a membership Union composed of both government and civil society organizations. It harnesses the experience, resources and reach of its more than 1,300 Member organizations and the input of more than 13,000 experts. This year, IUCN celebrates its 70th anniversary. Since its establishment in 1948 in the French town of Fontainebleau, IUCN has become the global authority on the status of the natural world and the measures needed to safeguard it.

Newmont is a leading gold and copper producer. The Company’s operations are primarily in the United States, Australia, Ghana, Peru and Suriname. Newmont is the only gold producer listed in the S&P 500 Index and was named the mining industry leader by the Dow Jones Sustainability World Index in 2015, 2016, 2017 and 2018. The Company is an industry leader in value creation, supported by its leading technical, environmental, social and safety performance. Newmont was founded in 1921 and has been publicly traded since 1925.