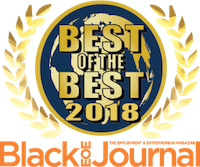 Sodexo, a food services and facilities management company committed to improving Quality of Life, announced today that it has been recognized by Black EOE Journalin the 2018 Best of the Best issue as a Top Employer, Top Supplier Diversity Program and Top LGBT-Friendly Company.

“We are thrilled for this recognition which reaffirms our commitment to the many areas of diversity and inclusion that we champion, “said Rohini Anand, PhD,  Global Chief Diversity Officer & SVP, Corporate Responsibility, Sodexo. “Integrating diversity and inclusion into our systems, processes and practices, including how we support diverse vendors and suppliers, is beneficial to our business and broadens our impact in the communities we serve.”

As part of Sodexo's Better Tomorrow Plan, the company is committed to partnering with vendors led by minorities, women, service-disabled veterans, LGBTQ and people with disabilities across the U.S.  Further, the company has made a global commitment to invest 25 percent of its global spend with small and local businesses, with a focus on women and other underrepresented groups, by 2025. In addition to being named as a Top Company and Top LGBT-Friendly Company by Black EOE Journal, Sodexo was named to Bloomberg’s 2018 Gender-Equality Index (GEI) – its first sector-neutral list of 104 global companies, and recognized on three of FORTUNE Magazine lists in 2017, including World’s Most Admired Companies, Change the World and the FORTUNE 500.

The Black EOE Journal (BEOEJ) is the African American career and business connection. As one of the strongest growing African American publications in the nation, its mission is to inform, educate, employ and provide equal opportunity to corporate America in order to create a more diverse workplace.