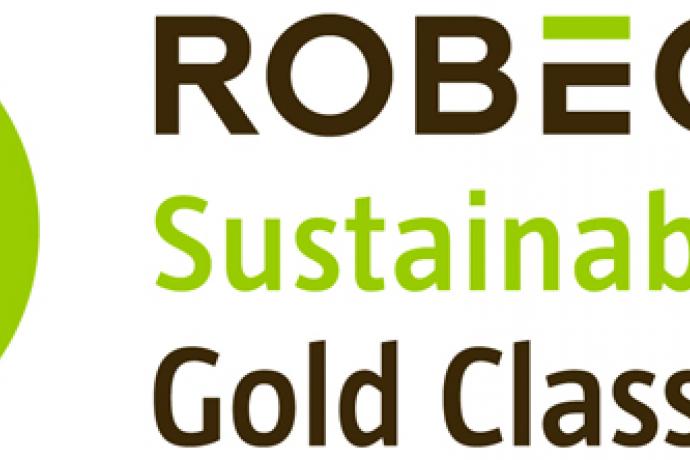 Newmont Mining Corporation (NYSE: NEM) (Newmont or the Company) has been recognized for top performance in the mining sector in The Sustainability Yearbook 2018. The Yearbook is published by RobecoSAM, a sustainability investment firm that manages one of the most comprehensive databases of financially material sustainability information in the world. RobecoSAM’s assessment is used to determine the composition of the Dow Jones Sustainability World Index (DJSI World), which ranked Newmont as the mining industry’s overall leader in 2015, 2016 and 2017.

“We’re honored to be recognized as a mining industry leader in sustainability by RobecoSAM,” said Gary Goldberg, President and Chief Executive Officer. “Mining is a long-term business and our ability to create value – which we’ve done for nearly a century and plan to do far into the future – rests on our ability to operate responsibly. That means protecting the health and safety of our people, minimizing our impact on the environment throughout the mine life cycle, and sharing the wealth our business generates fairly with investors, employees, host communities and governments.”

The Sustainability Yearbook has been published annually since 2004 and is based on a Corporate Sustainability Assessment which ranked 2,479 companies worldwide – including 67 mining companies – on 600 sustainability performance metrics for each company assessed.

Aris Prepoudis, RobecoSAM’s CEO, said, “I congratulate Newmont wholeheartedly for being awarded a Gold Class medal in The Sustainability Yearbook 2018. The companies included in the Yearbook are the world’s most sustainable companies in their industry and are moving the Environmental, Social and Governance (ESG) needle in ways that will help us realize the United Nations’ Sustainable Development Goals by 2030.”

In addition to being ranked last month as the world’s leading miner in FORTUNE magazine’s most admired companies list, Newmont was once again confirmed as a constituent of the FTSE4Good Index Series, with an Environmental, Social and Governance (ESG) rating of 95 out of 100. In December, Newmont was one of only two resource companies named in a ranking by the Drucker Institute of the top 250 best managed companies based on high scores in the areas of employee engagement and development, and social responsibility.

More information on Newmont's safety, economic, environmental and social performance can be found in the Company's annual sustainability report, Beyond the Mine. The report conforms to the Global Reporting Initiative’s G4 framework and is part of Newmont’s ongoing obligations as a founding member of the International Council on Mining and Metals, as well as the Company’s commitments under the United Nations' Global Compact and the Voluntary Principles on Security and Human Rights.

About Newmont
Newmont is a leading gold and copper producer. The Company’s operations are primarily in the United States, Australia, Ghana, Peru and Suriname. Newmont is the only gold producer listed in the S&P 500 Index and was named the mining industry leader by the Dow Jones Sustainability World Index in 2015, 2016 and 2017. The Company is an industry leader in value creation, supported by its leading technical, environmental, social and safety performance. Newmont was founded in 1921 and has been publicly traded since 1925.