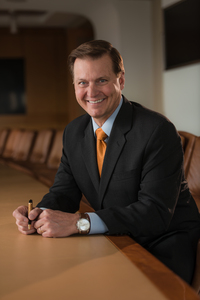 The Compact is sponsored by the International Business Council of the WEF and commits signatory businesses and their boards of directors to creating a corporate governance framework with a focus on the long-term sustainability of corporations and the long-term goals of society.

“Newmont aligns its business goals with the long-term interests of its investors, employees and communities,” said Gary Goldberg. “Focusing on short-term financial gains can distort business priorities and markets, and destroy opportunities for long-term value creation. We will uphold the Compact by continuing to work with all stakeholders to create value and improve lives through sustainable and responsible mining.”

Recently, Newmont was recognized for leading sustainability performance – and as the most improved company in the mining sector – in the 2017 Sustainability Yearbook. The Yearbook is published by RobecoSAM, a sustainability investment firm that manages one of the most comprehensive databases of financially material sustainability information in the world. This database is also used to develop the Dow Jones Sustainability World Index (DJSI World), which ranked Newmont as the mining industry leader in both 2016 and 2015.

More information on Newmont's safety, economic, environmental and social performance can be found in the company's annual sustainability report, Beyond the Mine. The report is published as part of Newmont’s ongoing obligations as a founding member of the International Council on Mining and Metals and in accordance with the company’s commitments under the United Nations' Global Compact and the Voluntary Principles on Security and Human Rights.

About Newmont
Newmont is a leading gold and copper producer. The Company’s operations are primarily in the United States, Australia, Ghana, Peru and Suriname. Newmont is the only gold producer listed in the S&P 500 Index and was named the mining industry leader by the Dow Jones Sustainability World Index in 2015 and 2016. The Company is an industry leader in value creation, supported by its leading technical, environmental, social and safety performance. Newmont was founded in 1921 and has been publicly traded since 1925.