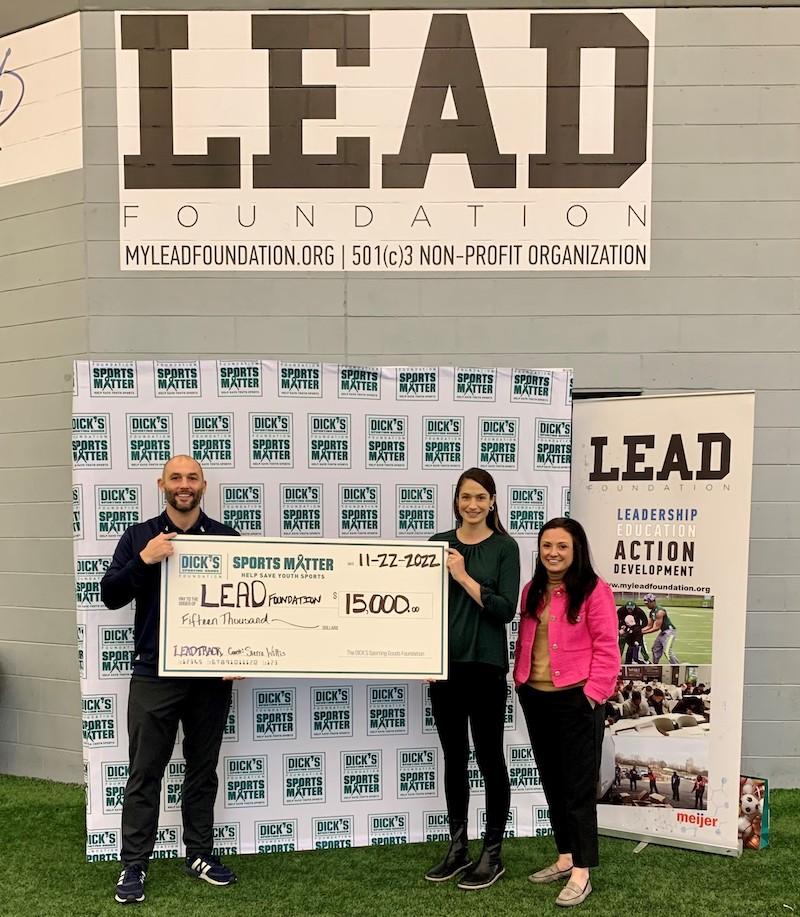 When he got the quote for new gear for his team, Walter Williams, a high school track coach in Tulsa, Oklahoma, printed it out and set it on his desk. He put it next to his mouse, so he would see it every day. For two years, he looked at that quote, drumming his fingertips on the paper as he racked his brain for ways to raise the necessary funds. “One day,” he kept telling himself, “it will happen.”

Nearly 1,000 miles away, in southeast Michigan, more young athletes were facing an uphill run. Numerous girls track teams and running groups had the drive and determination but lacked the access to facilities to reach their peak, an all-too-familiar story of inequality from the world of female athletics.

“Through our Future Run Platform, we work to create as many opportunities as possible for young people to discover the lifelong benefits of the run and its powerful community,” said Melanie Allen, Brooks Chief Marketing Officer. “DICK’S Sporting Goods and The DICK's Sporting Goods Foundation share this goal, and we love working with them on the Empower Her collection to support girls and youth running programs.”

Aimee Watters, VP of Sports Matter and Community Marketing for DICK’S Sporting Goods, said, “I’m so proud of this relationship because when we team up with a great partner like Brooks Running, even more kids get the support they need to compete in the sports they love.”

For Coach Williams, the funds will go a long way to helping the Nathan Hale High School program continue its storied history. Track teams in Oklahoma must pay registration fees to compete in meets, and annual fundraisers typically only cover those expenses. The team has been treading water just to compete and couldn’t get ahead. Thanks to the $20,000 Sports Matter grant, the athletes will get new uniforms, warm-ups, training gear and a history lesson.

“We’re an inner-city school,” said coach Williams. “We don't get a lot and have to work for what we want. These kids can now hold their chests up and say, ‘Yeah I look good.’ That’s one of the many reasons why I’m so grateful that we received this grant.”

In addition, coach Williams wants to put on display the history of the program, including a trophy case, record book and highlights of former athletes, such as 1976 grad William Snoddy, who went on to compete at the University of Oklahoma. He won the NCAA 200-meter dash title in 1977 and in 1978 ran the 100 meters in 9.87 seconds, which was the fastest time ever recorded.

The current team has plenty of recent accomplishments. Williams took the reins seven years ago and the team has made states every season, save for 2020 due to the pandemic.

They celebrated the big news with a pep rally at the school, organized by Williams, administrators, and DICK’S Community Marketing Manager Kari Sumpter. It was Kari who began reaching out to programs in the area to see how we could help when she heard coach Williams’ story and the quote that he never gave up on.

“We were just blown away,” coach Williams said of the rally. “The kids were crying, everyone was crying.

“Now, I can throw that quote away.”

Back in Michigan, Community Marketing Manager Tiffany Thomas was hard at work finding a solution to providing opportunities on the track for younger female athletes. It would lead her to teaming up with the LEAD Foundation, a southeast Michigan organization that provides elite coaching, world-class experiences and unrivaled support, such as transportation to training.

Tiffany presented the group with a $15,000 Sports Matter grant.

“It’s such a wonderful partnership,” Tiffany said. “They have all of the coaches and knowledge of running a sports program and the ability to work with the kids. We had the connections and put them in touch with the groups.”

The LEAD track club is for 4th-12th graders with an emphasis on serving under-resourced or at-risk student athletes in the area. The club provides a dynamic program focused on developing education, life skills and community service initiatives in addition to speed clinics, camps and track events.

The program’s head coach and instructor is Sierra Willis, who coaches her husband, Olympian Nick Willis, among other impressive athletes.

“Running and coaching is my passion, and for the last 20 years my daily run has been such a source of joy and health – both mentally and physically,” said Sierra. “I’m really excited to have the opportunity to support girls running in southeast Michigan by equipping them both with the skills to excel, and the tools to enjoy the sport for a lifetime.”

Supporting young athletes as they chase their athletic dreams is a shared passion for both The DICK’S Sporting Goods Foundation and Brooks Running. We’re proud of our partnership’s support of these young athletes and many others as part of this initiative.