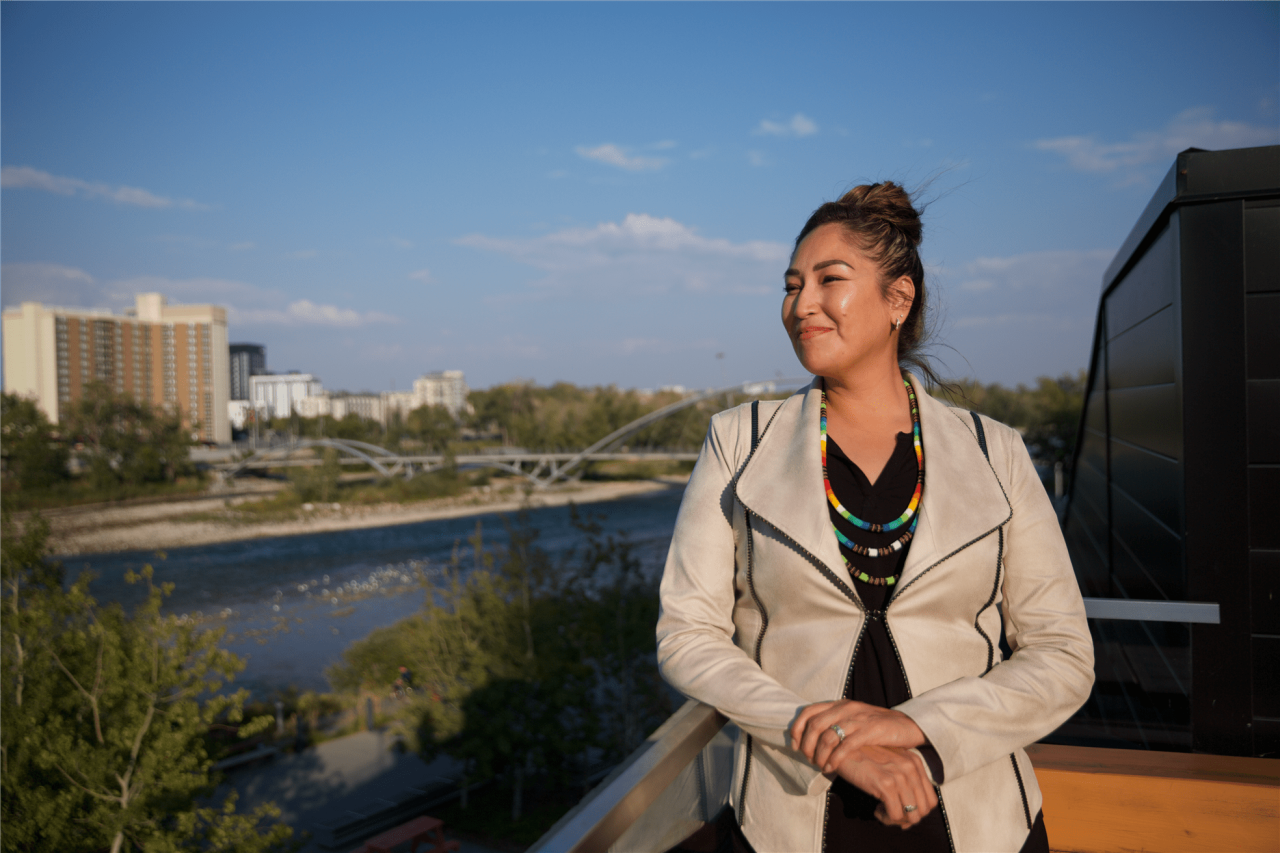 Not that long ago, Veronica Big Plume (Sweetgrass Woman), donned a cap and gown and walked across a stage during a graduation ceremony at Mount Royal University. She holds a Bachelor of Arts in sociology from the school but has also been an initiated member of both the Medicine Pipe Society and Beaver Pipe Society through the Siksika (see-seega) community since 2014. She and her brother have twice sponsored the Tobacco Dance, which is the traditional event for planting and harvesting tobacco that spans the course of several months and follows the moon’s cycles and includes ceremonies that can last for many hours, on the reserve that is just east of Calgary, Alta. But when asked if she’s an Elder, Veronica hesitates to answer.

The distinction between traditional Elder and Elder is that the traditional Elder owns bundles (a collection of medicines—tobacco, sage, cedar and sweetgrass—and animals that is used in ceremony) and has ceremonial rites to own those bundles as well as transfer them to others. Whereas an Elder is one who has age and wisdom but doesn’t necessarily have the rights to bundles and transfers.

As an advisor with the Indigenous and Community Relations team at Suncor, Veronica provides guidance on culture and reconciliation. Though she is Cree from Sunchild First Nation, in Treaty 6 territory, Veronica follows Blackfoot protocol and lives in Treaty 7 territory with her family.

Traditional Elders like Veronica are important because Indigenous Peoples were historically banned from practising their traditional ways of life, including ceremonies. Today, Knowledge Keepers and Elders are vital to preserving and promoting Indigenous worldviews.

As a traditional Elder, Veronica has permission to facilitate protocol within the Sundance Lodge—a traditional Indigenous ceremony that promotes spiritual healing. During one of these ceremonies, Veronica was supported as a secondary grandmother. “Our holy grandmother is much older, and she’s not as nimble as she once was,” says Veronica. “Some things that she forgets, I help her remember, and some things that she cannot do, like get up and work with a bundle, I help with that.”

So far, Veronica has been a part of three Sundance Lodges on the Siksika reserve including one this past summer.

“There was a time in my life that I was mixed up. For a while, I was out here like a tumbleweed. But my brother swooped me up and got me back into shape. Coming back to ceremony totally helped me. I love it.”

Before accepting her current role at Suncor, Veronica joined the company through its Indigenous Student Program and shared cultural teachings with company leaders. She feels like she’s valued for not only her professionalism and expertise as an advisor, but also as an Indigenous person.

“I’ve had many amazing opportunities since being a summer student here,” says Veronica. “I probably wouldn’t have made it to where I am today if it weren’t for the support I received from my colleagues. I get overwhelmed with gratitude sometimes.”

Veronica’s story, and that of many more inspiring Indigneous People from northern Alberta to St. John’s, Newfoundland and Labrador, and places in between, can be found in the 2022 edition of Pathways magazine. Visit our Pathways Magazine page to read more. Disponible en anglais seulement.