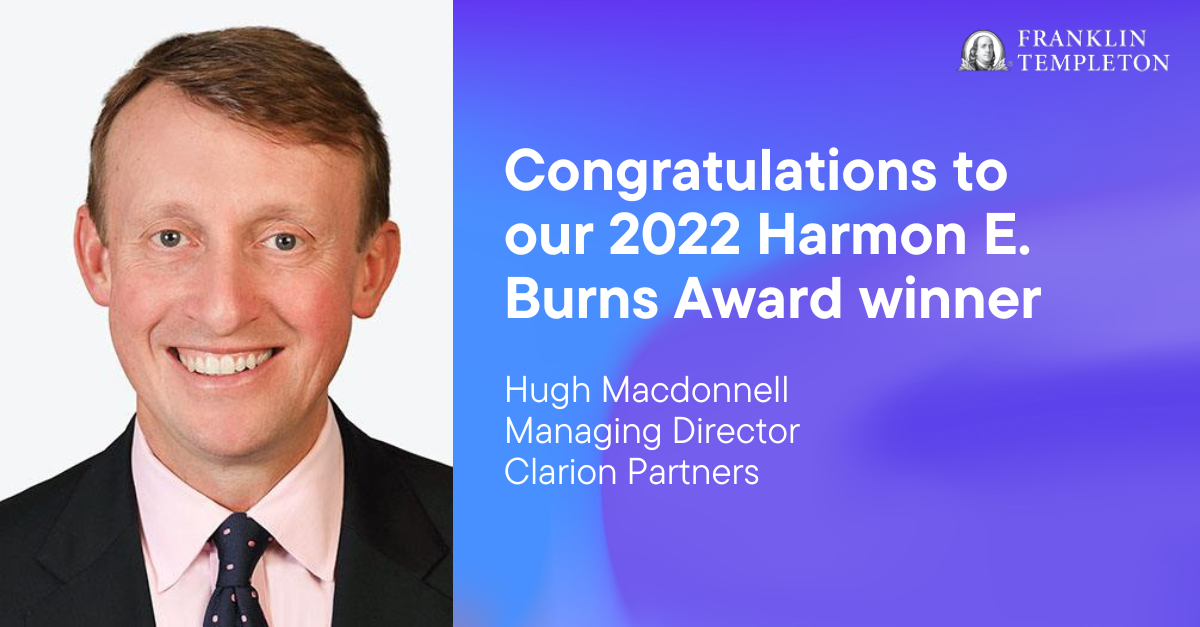 Every year since 2007, Franklin Templeton has recognized employees who make extraordinary contributions to their communities with the Harmon E. Burns Award.

The award is named after long-time employee Harmon Burns, who worked for the company from 1973 to 2006, holding a number of positions at its Northern California headquarters, including head of legal and compliance, chief operating officer, vice chairman and member of the Board of Directors. He was a generous contributor to his local community, constantly giving to those in need. For example, he anonymously donated bulletproof vests to his local police station, gave away unused tickets to San Francisco Giants’ baseball games to children waiting outside the stadium, and sponsored employees in walk-a-thons and fundraising efforts.

Joining prior winners from across the globe, Hugh Macdonnell, Managing Director, Clarion Partners, New York, has been recognized with the 2022 Harmon E. Burns Award for his 11 years of volunteer work supporting people impacted by ALS. He raises money and awareness for the disease primarily through the Tri-State Trek, an annual 270-mile (435-km) bike ride.

“Many people in the Franklin Templeton family give their time and resources generously and support many causes, and I am humbled and deeply honored to have been selected to receive this award,” Macdonnell said. “I feel fortunate that I work at a place that not only emphasizes, but also recognizes volunteerism.”

Hugh Macdonnell became involved in the ALS community in 2011 after his mother-in-law was diagnosed with the disease. He rode his first Tri-State Trek and recruited people, including his colleagues, to join him. He has participated in the trek every year since, helping to raise focus on ALS and dollars for research to find a cure.

ALS, also known as Lou Gehrig’s disease, is a degenerative disease of the nervous system that generally leads to death in two to five years. It currently has no cure, although several labs, including ALS Therapy Development Institute (ALS-TDI), are working on drugs and drug protocols to manage symptoms to extend lives and ultimately cure the disease.

“The trek is a tough ride across the rolling hills of Massachusetts and Connecticut. While it is a hard ride, living with ALS is a much harder thing to do, so whenever you feel sorry for yourself, that’s one of the thoughts that drives you forward,” Macdonnell said.

In addition to his involvement with the ALS community, Hugh chairs the board of an independent boarding and day school in Canada called Lakefield College School. He has been in that role since October 2019 and has worked with the school head, leadership team and dozens of loyal and committed volunteers. 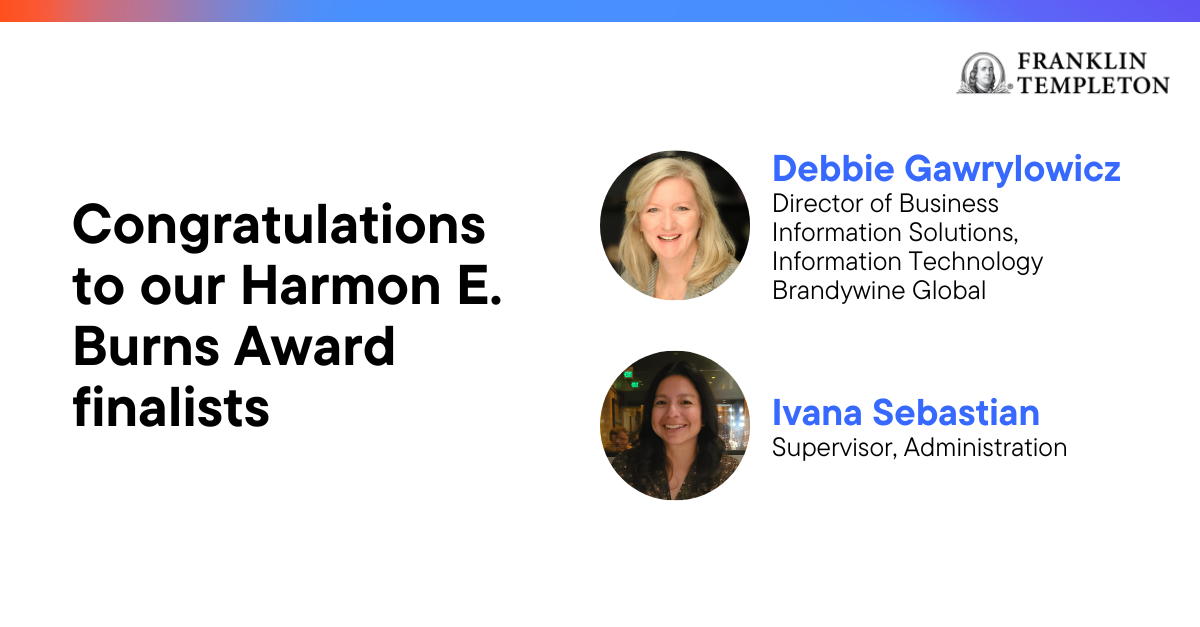 Alongside Hugh, Franklin Templeton has honored two other employees as finalists for the 2022 Harmon E. Burns Award.

Debbie Gawrylowicz, Director of Business Information Solutions at Brandywine Global, has been recognized for her contributions to closing gaps and disparities that women and minorities face today.

Ivana Sebastian, Administration Supervisor from San Mateo, has been recognized for her work with Footsteps Missions, an organization that serves forgotten, orphaned and unjustly treated people, and for her active role in Franklin Templeton’s Involved program.

To recognize the contributions of the winner and finalists, charitable donations have been made to their selected charities.