Letter to the G20: We Must Drive Universal Connectivity and Extend Digital to Small Businesses, Without Delay

Letter to the G20: We Must Drive Universal Connectivity and Extend Digital to Small Businesses, Without Delay 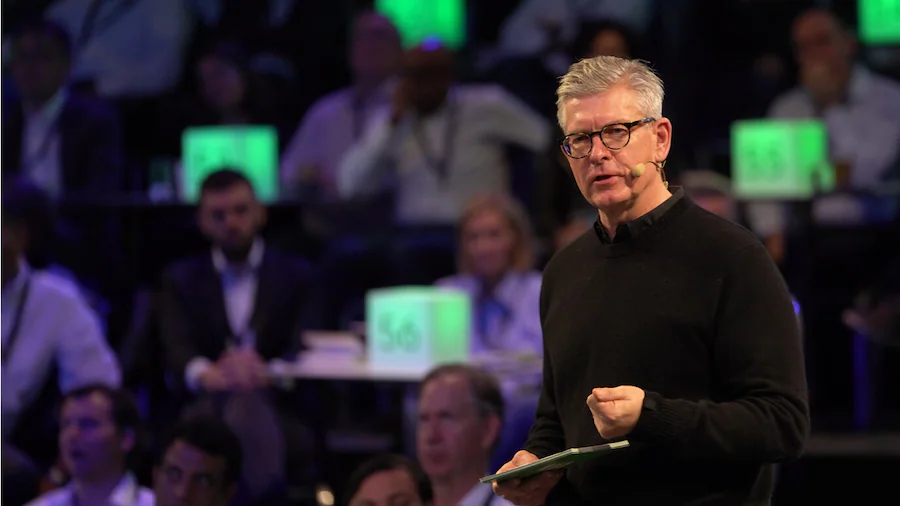 Without connectivity people miss out on access to education, jobs and social activities, while micro, small, and medium businesses lose their competitive edge. The B20 Digitalization Taskforce will focus its message to G20 leaders on universal connectivity, digital skills and the digitalization of businesses of all sizes. To accomplish these goals, networks need to be put in place at scale, fast and affordably.

Just as electrification transformed the world in the 20th century, digitalization is transforming the 21st century. It is a global engine of sustainable economic growth, a fundamental lever in fighting climate change and a powerful enabler of social inclusion.

Yet its progress is uneven and the consequences significant. According to ITU’s latest State of Broadband report, an estimated 2.7billion people still do not have access to connectivity. Addressing this challenge requires innovative efforts across the board. This includes reaching out to micro-, small- and medium-sized businesses, which account for some 90 percent of global businesses, 50 percent of global GDP and two-thirds of all jobs.

MSMEs have often been left behind in the rush to digitalize during the COVID-19 pandemic. Greater adoption of digital technology by MSMEs will drive a virtuous cycle of economic benefits and increased demand for digital capacity.

Digital transformation and the B20

The upcoming G20 Summit in Indonesia will bring together 19 leading countries plus the European Union in a crucial gathering to meet a host of global challenges.

When it assumed the G20 Presidency at the start of 2022, the Indonesian government set out three priority issues for its tenure – global health architecture, sustainable energy transition and digital transformation.

Ahead of the B20 and G20 summits, the taskforce – comprising over 100 business representatives – created a policy paper with four main recommendations for G20 governments, as Taskforce Co-chair Hans-Paul Bürkner explained in a conversation with Ericsson’s Mikael Bäck. These points are:

Universal connectivity was a top priority in previous years, and it remains the first, and in many respects, foundational recommendation to G20 members in 2022. The taskforce urges governments to prioritize private sector network expansion, including promoting fair competition, promoting global standards and removing deployment barriers for networks.

Investment, innovation and cooperation can be spurred when competition is fair; governments avoid picking winners or distorting markets and technology and vendor neutrality reigns. Global standards, which are so important in achieving scale, affordability and interoperability of technology, should be promoted. Standards make it possible for us to travel the world with one phone, and a global ecosystem means an innovation from Indonesia or India can today be rolled out globally in seconds.

With the largest economy in Southeast Asia, the Indonesian government has compiled a Digital Indonesia Roadmap for 2021-2024 as a strategic guide to drive the nation's digital transformation. Within this context, spectrum availability is particularly important to accelerate Indonesia’s digital transformation and boost economic growth. Maximizing spectrum availability is also one of several concrete suggestions by the taskforce to the G20 to remove deployment barriers.

There is more than enough proof of the benefits of universal connectivity. Digital technology has the potential to reduce global emissions by up to 15 percent by 2030. Research that Ericsson performed in conjunction with Imperial College London shows that on average a 10 percent increase in mobile broadband adoption can increase economic growth (GDP) by up to 0.8% with the effect being significantly larger in low-income countries.

The Economist Intelligence Unit (EIU) report – Connecting Learners: Narrowing the Educational Divide - sponsored by Ericsson – also found that for every 10 percent increase in school connectivity in a country, GDP per capita could increase by 1.1 percent.

The ITU estimates there is a need for USD 428 billion additional investment over ten years to deliver high-quality broadband to the world’s unconnected population by 2030.

At Ericsson, we are working to close the school connectivity gap through our support of UNICEF and ITU’s Giga initiative. Giga aims to connect every school in the world to the internet by 2030, and by doing so connect every young person to information, opportunity and choice. Over the past two years Ericsson has supported Giga in connecting more than 5,500 schools and 2 million children and youth to the internet.

A focus on micro, small and medium sized businesses

This year Indonesia has brought a focus on micro, small and medium-sized enterprises (MSMEs). The Broadband Commission’s Advocacy Target #6 emphasizes the need to get MSMEs connected and performing online. The target aims to reducing the number who are unconnected by 50 percent before 2025.

For MSMEs, connectivity is often a significant issue. A lack of cyber-security poses major risks, and networks are too complex to manage, with in-house IT far beyond their budgets.

Research from the International Trade Centre (ITC) finds that what makes a company competitive in good times also makes it more resilient during crises. Digitalization, underpinned by connectivity, can therefore give MSMEs a competitive edge especially in connecting to international markets.

Digital skills or why deploying networks is not enough

One of the primary recommendations of the digital transformation task force is “ensuring a digital ready mindset for individuals and MSMEs.”

The Indonesian government estimates that it needs nine million new digital talents by 2030 to accelerate the digital economy. Literacy and skills represent the single biggest, self-reported barrier to internet access, and one-third of people in Africa, Latin America, East and South Asia report it as their top barrier. To bridge the digital skills gap, we need to address the high cost of devices and internet service, the availability of public services online and the lack of meaningful local content in many areas.

Ericsson Educate has, since 2020, been successfully deployed to students from universities across Asia, Africa and the Middle East. In Malaysia the program was launched this year in collaboration with Universiti Teknologi Malaysia (UTM) and Digital Nasional Berhad (DNB), providing UTM students with access to complementary industry-focused training and practical knowledge about emerging technologies. Similar collaborations have since been announced in Vietnam with the Royal Melbourne Institute of Technology (RMIT) and in Thailand with King Mongkut University of Technology Thonburi (KMUTT).

The program can also be customized for the needs of governments. The Smart Africa Digital Academy will adopt the Ericsson Educate program to enhance the digital skill competencies of top management in ICT, policy and regulatory organizations in member countries. The carefully curated workshops are intended to provide participants with a robust and versatile understanding of 5G-enabled technologies and applications.

In the business of connecting people

Digitalization opens new possibilities to connect, engage and share with others, to earn, learn and socialize, to find solutions that can reduce our climate impacts.

Critically, there is a risk that the “digital divide” will grow wider if connectivity and technologies spread heterogeneously. For example, by 2027, we estimate that 90 percent of all mobile subscriptions in North America will be 5G, while in sub-Sahara Africa, 5G will represent only 10% of mobile subscriptions.

Networks need to be put in place at scale, fast and affordably. More than this, people need access. They need devices they can afford, and they need the skills and education enabling them to use those devices and thrive as digitally connected, opportunity enabled, people.

This is one of the pressing topics of our time and it requires a united effort: industry, governments, institutions and civil society, pulling together. Will you join us?

Ericsson is one of the leading providers of Information and Communication Technology (ICT) to service providers. We enable the full value of connectivity by creating game-changing technology and services that are easy to use, adopt, and scale, making our customers successful in a fully connected world.