Europe Sees Promise, Challenges on the Path to Hydrogen

Europe Sees Promise, Challenges on the Path to Hydrogen 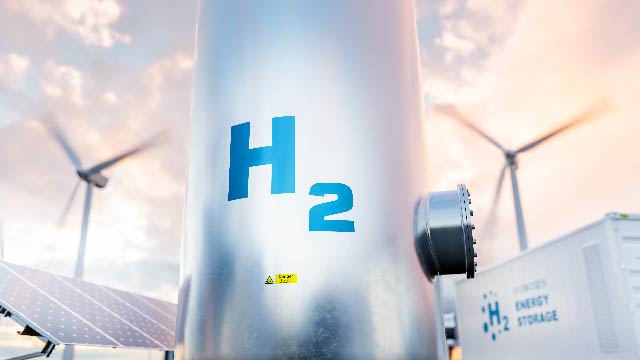 OVERLAND PARK, Kan., December 13, 2022 /CSRwire/ - Europe’s energy transition continues to gain momentum, with much focus on scaling hydrogen production and distribution to meet decarbonization goals. Published in 2020, the hydrogen strategy for a climate-neutral Europe outlines the framework for adoption of green hydrogen and its renewed viability thanks to declining renewable energy costs, technology improvements and the urgent need to reduce greenhouse gas emissions. While the hydrogen economy has seen a noticeable uptick across the globe, Europe represents a unique opportunity with its 2050 net-zero carbon commitment and government policy support.

When it comes to decarbonization, there isn’t any single solution that will allow Europe to achieve its lofty goals, but hydrogen’s potential as a key player in the road to decarbonization can’t be overlooked. With several carbon-neutral production methods, hydrogen remains of primary interest for players across the value chain.

“Hydrogen is one means of decarbonization,” says Bryan Mandelbaum, director of hydrogen solutions at Black and Veatch. “As we are seeing with the United States hydrogen market, as more projects come online and the market becomes more mature, hydrogen will become a competitive energy solution.”

Hydrogen now accounts for a fraction of the European Union’s energy mix and still largely is produced from fossil fuels. Low-carbon-intensity hydrogen produced from renewable energy is an attractive choice for net-zero and Europe’s top priority, according to the published hydrogen strategy.

The EU’s investment in low-carbon-intensity hydrogen is on the rise – expected to reach 320 billion to 460 billion euros by 2030. Government incentives have been introduced to move hydrogen projects from planned to fully funded, and support schemes for hydrogen hubs throughout Europe are raising funds via external investment for hydrogen distribution networks.

“We’re seeing demand for European hydrogen projects increase, and that can be contributed to several factors, including the decline in price of renewable energy, the development of a regulatory framework specifically around hydrogen, and the introduction of government incentives,” says Alessandro Pugi, a Black & Veatch project manager.

While the desire to be first movers in the hydrogen economy exists across many European countries and sectors, the ever-evolving market presents challenges as well. As technology improvements drive toward the optimum design for electrolyzers and low-carbon-intensity hydrogen production plants, the supply chain for the hydrogen market becomes less predictable.

Until the market reaches a certain level of maturity and return on investment is seen as less risky, it is likely that investors and developers may rely on government incentive programs to drive the hydrogen economy.

So how does the European hydrogen market expect to overcome these challenges? By employing a strategic roadmap toward low-carbon-intensity hydrogen development, building on the strength of its industrial sector and a regulatory framework that supports investment. The desire to move from small-scale pilot projects into projects of scale is evident and necessary to move hydrogen past the tipping point.

About Black & Veatch
Black & Veatch is a 100-percent employee-owned global engineering, procurement, consulting and construction company with a more than 100-year track record of innovation in sustainable infrastructure. Since 1915, we have helped our clients improve the lives of people around the world by addressing the resilience and reliability of our most important infrastructure assets. Our revenues in 2021 exceeded US$3.3 billion. Follow us on www.bv.com and on social media.