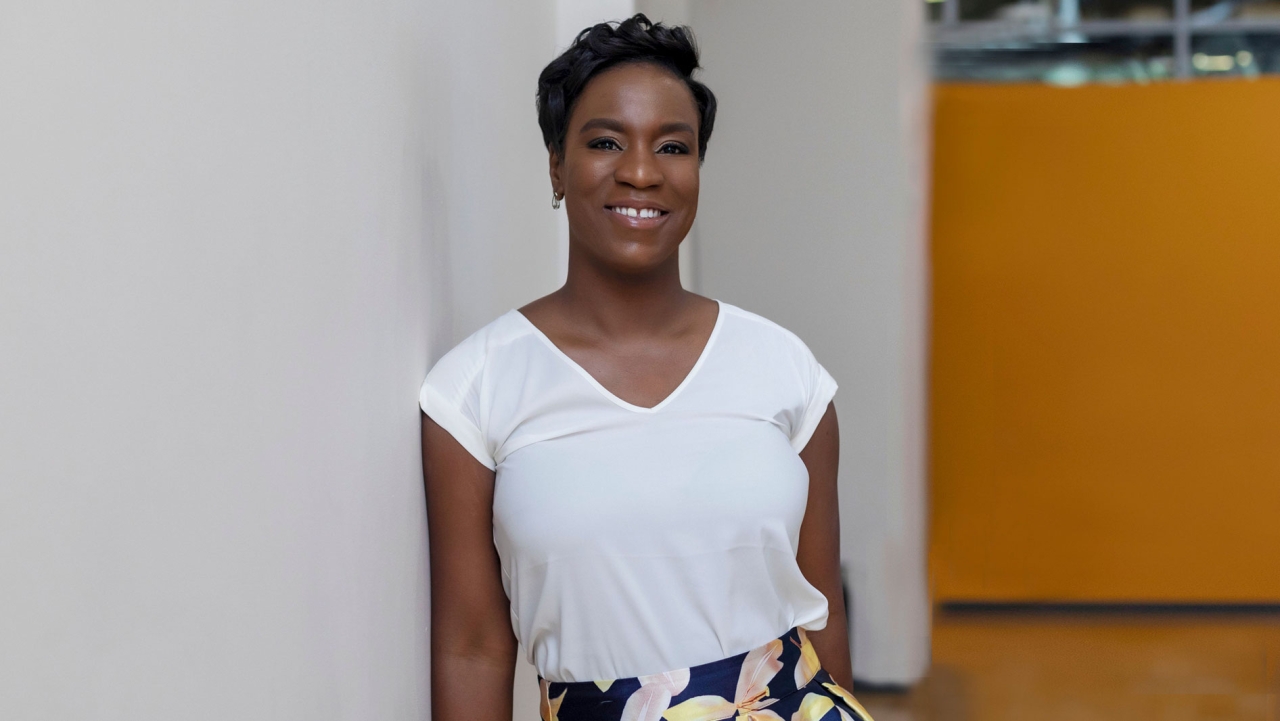 Dancing has always been a part of Shadae McDaniel's life. When she was part of an ensemble, she and her fellow dancers would rehearse their routines over and over, trying to ensure they were ready for the stage.

“When you’re on stage it’s a completely different experience than in the studio. You’re scared. You’re nervous,” says Shadae, Vice President and City Leader of the All Stars Project of New Jersey. “It doesn’t matter how many times you’ve rehearsed. It always feels new, but you figure out how to connect with other people on stage.”

The All Stars Project is about harnessing the power of performing to transform lives, by creating a safe space for underserved youth to explore new roles and settings they can envision themselves performing in and belonging in. The organization does this through afterschool programs supporting diverse people ages five to 25 in low-income neighborhoods, as a strategy to bring about social change. The programs include an emphasis on development through performance and youth coaching – as well as performance in a professional setting.

“People don’t always recognize that they’re performing every day,” says Shadae. “There’s a performance when somebody tries something for the first time, like when they’re joining a corporation or having a job interview. We get to teach young people that they have the skill sets and capacity to belong anywhere.”

The organization offers programs like the All Stars Talent Show Network, where young people produce talent shows in their neighborhoods, and Youth Onstage, where theater professionals teach improvisation skills. The latter, Shadae says, is a critical skill that challenges people to think outside of the box when confronted with new issues and unfamiliar situations.

“Young people growing up in low-income neighborhoods can lead unpredictable lives,” she says. “Each day there can be new obstacles or challenges that limit their development. And improv, for example, helps to foster creativity and confidence. It’s an activity and exercise used in all facets of life, not just onstage.”

All Stars Project Provides Career Development Opportunities
The organization’s approach aligns with the eight dimensions of development identified through a five-year project led by Southern Methodist University’s Center on Research and Evaluation (CORE) to measure young peoples’ development in the All Stars Project’s Development School for Youth program. These strengths and capabilities for example, of appreciation, personal responsibility and confidence – by themselves or together – empower young people to be successful in educational, workplace, and “life” situations and to fully participate in every aspect of society.

To advance the development-through-performance model, the All Stars Project also created a new Development Coaching program, that connects young people ages 18 to 24 with caring adults and industry leaders who can enhance personal and career development. Gilead has supported the organization since 2017. Part of this partnership includes matching the All Stars Project youth with Gilead employees, including members of the Gilead Leadership Organization of Black Employees (GLOBE), who act as development coaches.

“We empower the students through creativity, and that motivates them to learn at a higher level and have greater control of their own outcomes. Throughout the coaching process you see them begin to gain more and more confidence, which is just as rewarding and transformative for the coaches as it is for the students,” says Valerie Brown, Senior Vice President of Global Quality Assurance and the Executive Sponsor of GLOBE at Gilead, who became involved with the All Stars Project five years ago. “The opportunity to impact a young life positively has brought me tremendous joy.”

Being paired with professionals like Valerie allows the participants to dream bigger, says Shadae.

“The program connects them to people who they wouldn't have been connected to otherwise,” she says. “They start to think about going to places and doing different things that they might not otherwise have thought of.”

Shadae and her team have been thrilled to see the All Stars Project program expand in recent years. The organization reaches nearly tens of thousands of young people and community members each year with presence in Chicago, Dallas, Newark, New York City and San Francisco.

“These programs have changed the trajectory of so many lives,” says Shadae. “We’re committed to continued growth and innovation, and to connect with as many young people and adults as possible.”