Purpose 360 Podcast: The Love That Bombas Socks Made

Purpose 360 Podcast: The Love That Bombas Socks Made 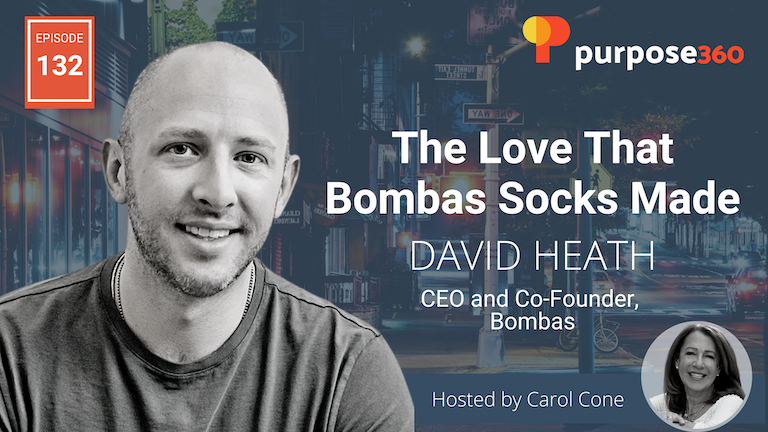 Listen to the full episode here

Has a statistic ever shocked you so much you can’t forget it?

In 2011, David Heath learned the most requested item in homeless shelters was socks. For such a small and ordinary item, David couldn’t stop thinking about the impact they had on people experiencing homelessness. He began carrying extra pairs of socks with him while walking around New York City and handing them out to people he met. While it was a small expense for him, it mattered immensely to these people, some of whom had resorted to wrapping their feet with plastic bags and banana peels.

David and his friend, Randy Goldberg, wanted to do more. They began researching athletic sock technology and developed two products: one for consumers seeking top-tier socks for athletic pursuits, and one for a person experiencing homelessness. This was the start of Bombas and its buy one, give one model.

Eleven years later, Bombas employs 200+ people, generates $300+ million dollars annually, and has donated more than 75 million new clothing items. We invited David Heath, CEO and Co-Founder, to share how a desire to do good launched a multi-million-dollar business, how Bombas has evolved over time, and how it remains focused on helping the homeless.

Listen for more insights on: