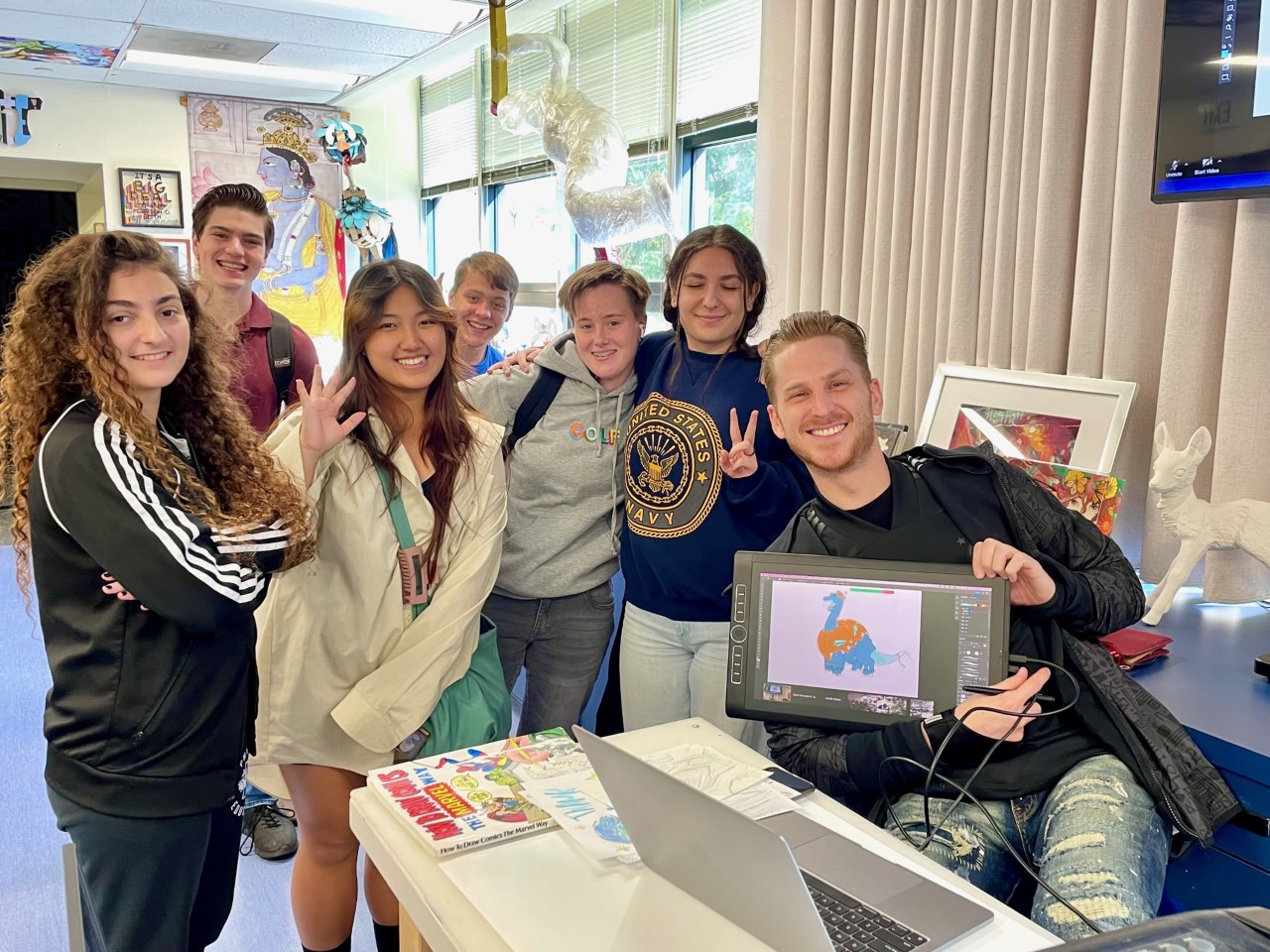 A Slice of NiCE is a bi-weekly update/preview into what Nickelodeon Animation & the Community Efforts (aka NiCE) team is up to around the globe.

Serial volunteer Joe Mandia, CG Animation Director on Kamp Koral, led a drawing session for kids in hospitals in nationwide. This week they all got into the Spooky Szn Spirit and adorned the screen with some jubilant jack-o-lanterns!

Daniela Rodriguez De La Pena, Storyboard Artist on Rugrats, was delighted to reprise her role in leading this month's ¡Vamos a Dibjuar! across Mexico. This month's theme was in honor of Girl's Day and eveyone got to draw Casagrandes' Ronnie Anne and Rugrats' Angelica.

Lightbox Expo
Carson Smith of NiCE sat on a panel hosted by Wacom titled: Preparing the Next Generation of Artists for the Future of the Creative Arts, joined by Creative Career Industry leaders where they discussed the changes in education, the role of industry partners, and the importance of investing in the future.

Outreach Events also invited Team NiCE to partake in the Nickelodeon/Paramount Animation Booth to chat with individuals on the dynamics of culture and giving back through the studio.

Let's Paint! w/ George Washington Elementary​
This past Spring NiCE partnered up with the non-profit organization, Artfields Collective, on a mural that's going to be installed in Lake City, South Carolina. A part of the collaboration effort was giving kids from different parts of the country the opportunity to leave their mark on the mural. NiCE took 7 large canvases to George Washington Elementary in Burbank where three classrooms full of third graders got to imbue them with their creativity.

Nickelodeon Mentorships: Animated Shorts Kick-off!
Daniel Wineman, VP of Animation Development with Intergalactic Shorts 2.0 and Niki Lopez, Creator and Executive Producer of Santiago of the Seas, led a chat on the process behind developing shorts at Nickelodeon Animation. Some info included what it’s like to be on the executive end of pitches, their approach to creating shorts, and one evolves as a storyteller in that capacity.

State of the City
NiCE partook in Burbank's “When A City Comes Together,” which consisted of the community convening to reflect on the dedicated work and progress of Burbank professionals over the past year, as well as to address the city’s future trajectory. Read more about it here!