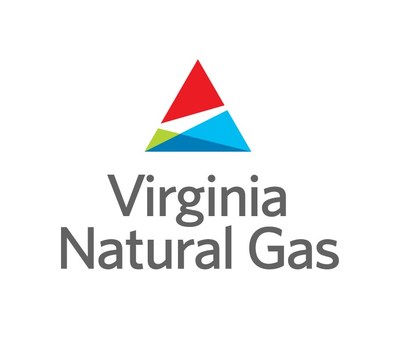 VIRGINIA BEACH, Va., November 15, 2022 /CSRwire/ - It was the fall of 1972. Richard Nixon became the first president to visit China, and Britain had just joined the European Community.

Television watchers tuned in to hear detective Steve McGarrett say "Book 'em Danno" on Hawaii Five-O while teenagers lined up in arcades at shopping malls across the country to play the latest state-of-the-art video game, "Pong."

It was also the year when Hayden Barry began his career at Virginia Natural Gas.

After graduating from Warwick High School in Newport News, Hayden joined the energy company on November 13, 1972, at just 18 years old and now at 68, has no plans to retire any time soon.

And if you are doing the math in your head, that's 50 years with Virginia Natural Gas (VNG), making him the longest-tenured employee ever with the company.

A tall man with weathered features from years of working in the sun and on his farm, he leaned back in his chair as a big grin rolled across his face when asked why he was still working.

"I just love my job and I'm too young to retire," said Hayden. "I love being part of the VNG team and continuing to serve our customers." 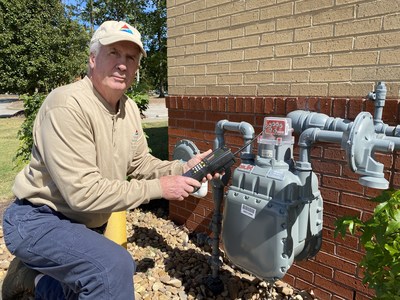 Hayden grew up in the Hampton, Virginia area, and was born deaf, a disability that never got in his way of pursuing his dreams.

"I was born deaf, and sound never existed in my life, so not hearing was completely normal to me," he said. "I just knew that 'normal' people either went to college after high school or looked for a job. I choose the latter."

Hayden tried college life for two weeks after high school and decided it was not for him. Summoning his mom to pick him up at Blue Ridge Community College in Weyers Cave, Virginia, he returned home to start looking for a job.

Job hunting is a grueling process but imagine how grueling it could be for someone who is deaf or hearing-impaired. Hayden knew his disability could present challenges for many employers, but he also knew that everyone deserves to be considered for a job just as much as someone without a disability.

He began his career with Virginia Natural Gas as a meter reader, then as a storeroom keeper, a position he held for 35 years until 2007.

"I was responsible for all the inventory at three separate storerooms during that time," said Hayden. "I moved over from Norfolk to Newport News in 1982 and took care of the storeroom there as well as Hanover and Suffolk. I'm a workaholic and I stayed busy all the time, which was perfect for me."

In 2007, he landed another position with the company, this time going back to his initial first job…meter reading.

The VNG meter reading team drives more than 100,000 miles each year, capturing data automatically from a device mounted on company trucks. Hayden knew, he said, he had found the perfect job.

"I'm home-based and since I work alone, I can start my day when the sun comes up, sometimes as early as 5:30 a.m.," Hayden said. "it's a great job for someone my age."

While driving his route, Hayden does have the occasional interaction with customers. You may wonder how he communicates with them.

While not completely deaf, Hayden does have 15% hearing in his left ear and a cochlear implant in his right ear, which he waited until he was 50 years old to have implanted.

"I hate it, so I rely on reading lips," he added. "I'm self-taught and as long as I can see you talk, we can have a conversation. But because of my lack of hearing, I must make sure I also keep my head on a swivel, so I know if a dog or person is approaching as well as always being aware of my surroundings."

In his 50 years with the company, Hayden said he has seen a lot of people come and go. But one thing has remained constant…the quality of people that work at VNG.

"People here have always treated me with respect and have not made my hearing loss a big deal," he said. "Of course, there are things that I can and can't do, but all my supervisors and teammates have treated me well and taken care of me. They know that my job has been one of the main staple things in my life."

Fifty years ago, Hayden walked through a door of opportunity when it opened, and more importantly, had the courage to walk through it. One day, when the time is right, he said, he'll know when it's time to walk back out through that same door and retire.

"I'll know when that time will come, but not today," said Hayden. "When it comes, I'll spend more time on my farm, with my wife and the grandkids. But even then, I really won't be 'retired' since there will always be something to do."

Virginia Natural Gas is one of four natural gas distribution companies of Southern Company Gas, a wholly-owned subsidiary of Southern Company (NYSE: SO). Virginia Natural Gas provides clean, safe, reliable and affordable natural gas service to more than 300,000 residential, commercial and industrial customers in southeast Virginia. Consistently ranked in the top quartile for customer satisfaction by J.D. Power and Associates, the company also has been recognized by the Virginia Department of Energy (Virginia Energy) and the Virginia Oil and Gas Association for its safety, innovation, environmental stewardship, community outreach and educational programs, and has been named Local Distribution Company of the Year five times since 2015. The company has been ranked by its business customers as one of the most Trusted Business Partners in the utility industry according to Cogent Reports, and a Top Workplaces in Hampton Roads by Inside Business. For more information, visit virginianaturalgas.com and connect with the company on Facebook, Twitter, Instagram, LinkedIn and Nextdoor.

Southern Company (NYSE: SO) is a leading energy company serving 9 million customers through its subsidiaries. The company provides clean, safe, reliable and affordable energy through electric operating companies in three states, natural gas distribution companies in four states, a competitive generation company serving wholesale customers across America, a leading distributed energy infrastructure company, a fiber optics network and telecommunications services. Southern Company brands are known for excellent customer service, high reliability and affordable prices below the national average. For more than a century, we have been building the future of energy and developing the full portfolio of energy resources, including carbon-free nuclear, advanced carbon capture technologies, natural gas, renewables, energy efficiency and storage technology. Through an industry-leading commitment to innovation and a low-carbon future, Southern Company and its subsidiaries develop the customized energy solutions our customers and communities require to drive growth and prosperity. Our uncompromising values ensure we put the needs of those we serve at the center of everything we do and govern our business to the benefit of our world. Our corporate culture and hiring practices have been recognized nationally by the U.S. Department of Defense, G.I. Jobs magazine, DiversityInc, Black Enterprise, Forbes and the Women's Choice Award. To learn more, visit www.southerncompany.com.